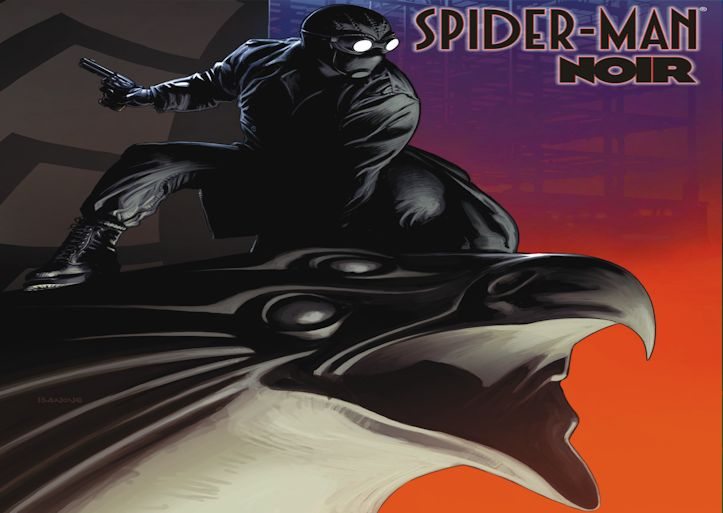 The Adventures of Spider-Man: Noir proved that fans can't get enough Spidey stories as the build up to the Spider-Verse arc begins.

The biggest Spider-Man event of all time is just around the corner, and critics and fans can’t get enough Spider-Verse! Today, Marvel is proud to announce that EDGE OF SPIDER-VERSE #1, the return of Spider-Man Noir, has sold out at the distributor level (though copies may still be available at retail level). To meet demand, EDGE OF SPIDER-VERSE #1 will immediately head back to press for a second printing, available in early October. Writers David Hine, Fabrice Sapolsky and artist Richard Isanove return to the grit and gristle of NYC circa 1939 for the return of fan-favorite Spider-Man Noir? But will his return be short lived? Spider-Verse looms on the horizon, and Spider-Men and Spider-Women from every universe are being targeted.

Edge of Spider-Verse brings you five brand new one shots spanning multiple universes and the Spider-powered heroes who inhabit them. No fan can afford to miss the opening salvo of Spider-Verse that has critics raving!
“Isanove creates incredibly moody and haunting environments, which makes him a perfect fit for a story of this sort” – IGN Comics

“Absolutely worth checking out” – Comic Vine

The pieces are moving in to place, and now is your chance to jump on board the biggest Spider-Man event of all time. It will take thousands of Spider-Men and Spider-Women to battle back Morlun, and Spider-Man Noir is just the beginning. Don’t miss one moment of the action when EDGE OF SPIDER-VERSE #1 returns for a second printing this October!