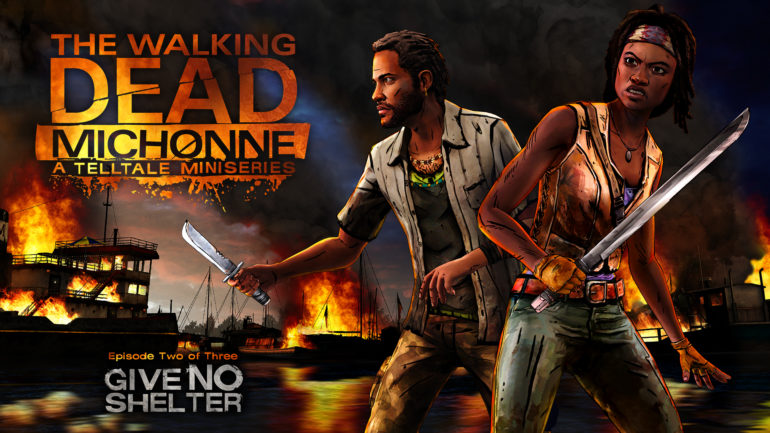 Today is Tuesday, March 29 and later today Telltale Games has a little something for everyone. For the first time they will debut not one, but two game episodes on the same day. Minecraft: Story Mode begins a new chapter that will be fun for kids of all ages. The adult crowd will get their zombie fix as The Walking Dead: Michonne premieres its second episode. Michonne gets a grim reminder that danger is never far away as trouble brews in the floating colony. Fast thinking and (on your part) fast hands will be all that keep her alive. You are going to want to pick this one up to find out how she eventually makes it back to the group we all know and love/hate. The Walking Dead: Michonne is a three-part story, so expect a lot of action in this episode because the next one wraps everything up. Keep it here on R.A.G.E. Works because as soon as there is info on the third season of Telltale's main story in The Walking Dead franchise, you know we will give it to you!