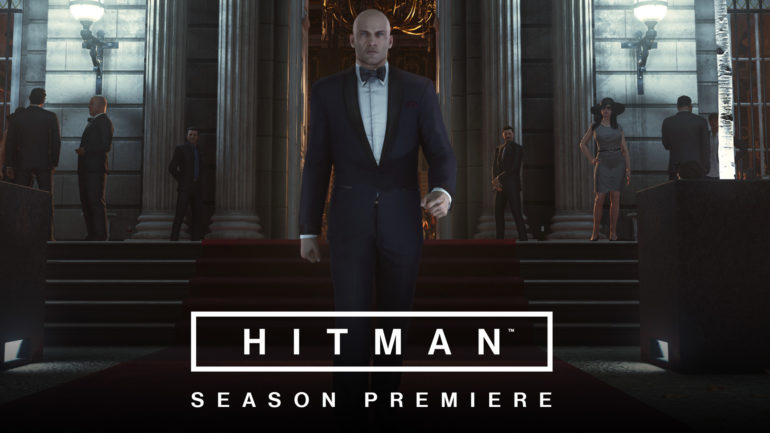 Hitman, aka Agent 47, has had quite the storied career since his first game back in 2000. The ICA operative has seen his fair share of action and betrayal. He has managed to live through the rise, fall and rise again of the agency; he also learned the hard way that assassination is his fate. Having literally been made for this work, Agent 47 has made a name for himself as the best hitman around. Now, IO Interactive and Square Enix are crafting the next chapter in the life of the silent assassin. This new installment is a big deal for a couple of reasons. This is the first Hitman game to be released on the new generation consoles. There will be a lot of scrutiny over this project in part because of the heavily glitched initial release of Rise of the Tomb Raider late last year. The other source of scrutiny is the decision of Square Enix to release this game episodically. Nothing is definite until later this year when the game is fully released. One thing I can say for certain right now is that this move will show IO Interactive's dedication (or lack of) to this new game. Hopefully we see a steady progression in quality one episode after another. For now, we look at the prologue and the first mission in Paris.

NEED TO KNOW BASIS If you thought Agent 47 had a convoluted history before, you might want to shut some higher brain functions off right now. As the game starts, we see Agent 47 entering a secret ICA facility twenty years ago. Continuity goes out the window here because the first Hitman story came out in 2000 and twenty years ago places us four years before those events. Unless we get some further explanation I am just going to roll with it. Agent 47 is greeted by an unfamiliar (but familiar to us) face in the form of Diana Burnwood. She explains what he will be doing at this hidden mountain facility and advises him to get some rest for the next day. He is tasked with the simulated assassinations of targets previously taken out by ICA agents. 47 completes the first hit on Kalvin Ritter, aka the Sparrow, with flying colors. Diana does everything to convince her boss, ICA director Erich Soders, of the new asset's value. Soders wants to get rid of him because he can find nothing on 47's past and does not like that he claims to have no memory of it. With Burnwood's help, Agent 47 manages to pass his final test despite Soders stacking the deck against him. All of this sums up what is the tutorial of the game and when it ends we come back to current day for the first new mission since Absolution.

This is your first playground. You have two targets in Paris: Viktor Novikov and Dalia Margolis. Publicly, they are known as two of the biggest fashion moguls on Earth. This is a cover for their leadership of the espionage ring IAGO. I will not go deeper into the story to avoid spoilers. What  I will say is that this is the beginning of an overall larger plot and the story is probably the one part of the game I can stand being episodic. Michael Vogt is writing the story so that in itself is promising (he wrote Hitman: Absolution).  The episodic release ensures that he will have time to fully flesh out all details if necessary. When the final episode is out I will fully examine the story; for now we definitely have a promising start.

A NIGHT AT THE IMPROV Agent 47 is the best at what he does; it is fair to say that he is disturbingly good at it. Where opportunity does not exist, he creates one. During the prologue, Diana tells him to improvise and his ability to do so is probably what scares Soders the most. During just the first tutorial mission, there are at least seven ways to take out Kalvin Ritter. The game becomes more fun if you actually explore those different methods because you not only see different behavior of the same people, you are teaching yourself how to be a better Hitman. Clearing all challenges in the prologue is highly recommended. Doing so is almost necessary for those like myself who are new to the franchise. Of all the various weapons you can make use of in the game, your greatest one is R1 aka Instinct. Instinct lets you see your target's location and shows you who will find you suspicious. I dare say that Hitman would be impossible without it. Every contract requires it and even if you are repeating a mission for the umpteenth time you are likely to use it because it lets you see everything. Even though Instinct is your most valuable weapon, patience is your most valuable skill. You might be going for a hit in a specific style that requires your target to be in an exact spot. Trust me when I say the target will take their time getting there. How you approach the job may also determine their movements. For example, if you take a disguise that makes you look like hired help, your target may completely ignore you and move at their leisure. A more active disguise like someone they need to have direct communication with will move things forward more quickly. Even then you must wait for the right moment if you want to avoid detection. The thrill of “not getting caught” is what makes the game so hard to put down. One hit I pulled off with another person in the room with the target. Getting away unseen is ridiculously satisfying. Two people can have a totally different experience in the game even if they go after the same target intending the same style of kill. That is what makes the gameplay worthwhile.

BALD IS BEAUTIFUL IO Interactive gets nothing but applause from me when it comes to the visual style and technical capability of this game. Front to back, Hitman shines. As a console gamer there is always the wondering how it looks on PC thought in the back of one's head. Without doubt, a higher end PC will shame the PS4 version, but not by a whole lot. The devs really did an excellent job with this game so far. There is an option to lock the framerate (unlocked by default). Hitman clearly opens at 60fps and there are plenty of in-game moments at that level, but the unlocked option keeps everything running smoothly. I am sure that when you enter a room full of people that there is a drop in framerate but it is hard to notice because the background mechanics make the change gradual. It's like the game knows when things are going to get rough and scales the framerate like a volume slider. Aside from that, lighting and (my favorite) water are near perfect. Uncharted 4 is probably going to take the top spot graphically for 2016 PS4 games but Hitman will definitely be in the top five if not three.

I will come straight out and say that I am not a fan of the episodic release of Hitman. First and foremost I am a gamer and gamers want instant gratification. Yes we have Agent 47 in a brand new, fully functional adventure, but we will not know the full story or have access to all of his exploits until at least the summer. As a general consumer I am also not a fan of this particular release style because unless you buy the game outright you stand to pay more than current MSRP. The resolution to that issue would have been to make the demo available for more than the few days that it was. This is a prime situation where people need to be able to try it before they buy it. The Intro Pack should not be that measuring stick for people on the fence.

That said, the good news is that this game is extremely enjoyable and has a good amount of replay value. Even the prologue will have you playing over and over to get it just the way you want it. The method of presenting objectives in Hitman will make most players replay missions for the sake of completing that list. Thanks to console recording ability, people will also replay missions to try to get that “perfect hit” to post to YouTube. Already there are “no weapons” and “best time” clips of the Showstopper mission and that will continue. What is important is that IO Interactive does what developers like CD Projekt RED and Techland did in 2015. That is to listen to the community and use that information to improve upon their product. Giving people what they want will go a long way to wash out the bad taste of episodic release. If possible, make future episodes even prettier while maintaining that solid framerate. Introduce new weapons and vary the methods of assassination as much as possible. Make an accident where one of the targets becomes shark food! The season premiere of Hitman is worth your cash if you have been a fan of the series, but it is also worth your cash if you never played as Agent 47 before. The fact is it is a very good, pick up and play game. It simply has to retain its quality through to the end. To anyone who chooses to buy this, make sure you buy the Full Experience because you will pay more than the standard $60 if you buy each individual episode. We will be back in a few weeks as Agent 47 moves on to Sapienza. That will be the beginning of the real test for this game so keep it locked to R.A.G.E. Works.