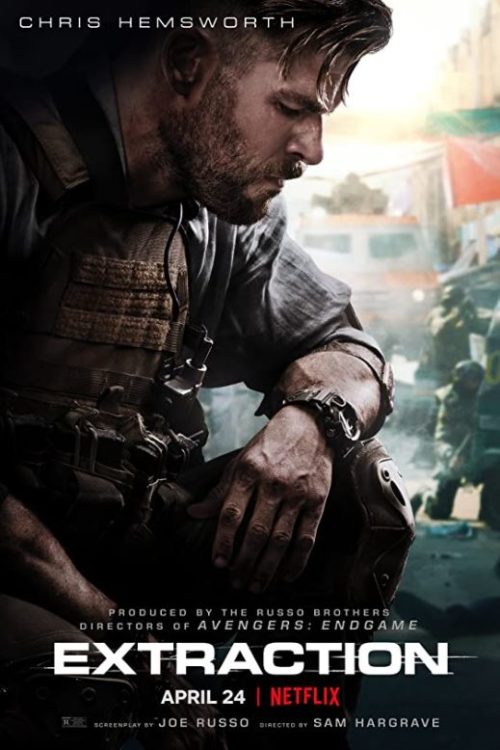 Netflix has had a pretty solid run of films when it comes to their original projects, and this week's pick definitely reinforces that as Extraction was a fun film, albeit one that borrowed from many action movie tropes, and if you have seen Cinemax series Strikeback, you will see a lot of similarities there as well. This is not meant as a negative on the contrary, the film had some great moments, and Hemsworth was great in the role.

Extraction follows mercenary Tyler Rake (Chris Hemsworth), who is hired to rescue the son of a well-known drug lord from his rival Amir Asif (Priyanshu Painyuli). Rake has some deep personal issues that motivate him to take the impossible mission and rescue the boy. The scene we chose from the film is the boy's initial extraction from the area he is being held at by Asif's men and uses a great mix of close-quarter fight choreography that John Wick fans will surely be proud of.

Our choice was a tough one when it came to Extraction as there quite a few scenes and shootouts that deserve to be featured. Still, this scene set the tone for the film and gave us a glimpse into the kind of operator that Tyler Rake is and the viciousness we can expect him to use to keep the boy safe.

I feel Netflix has a winner on its hands with Chris Hemsworth and the Tyler Rake character, and there are probably more stores they can tell with the character.