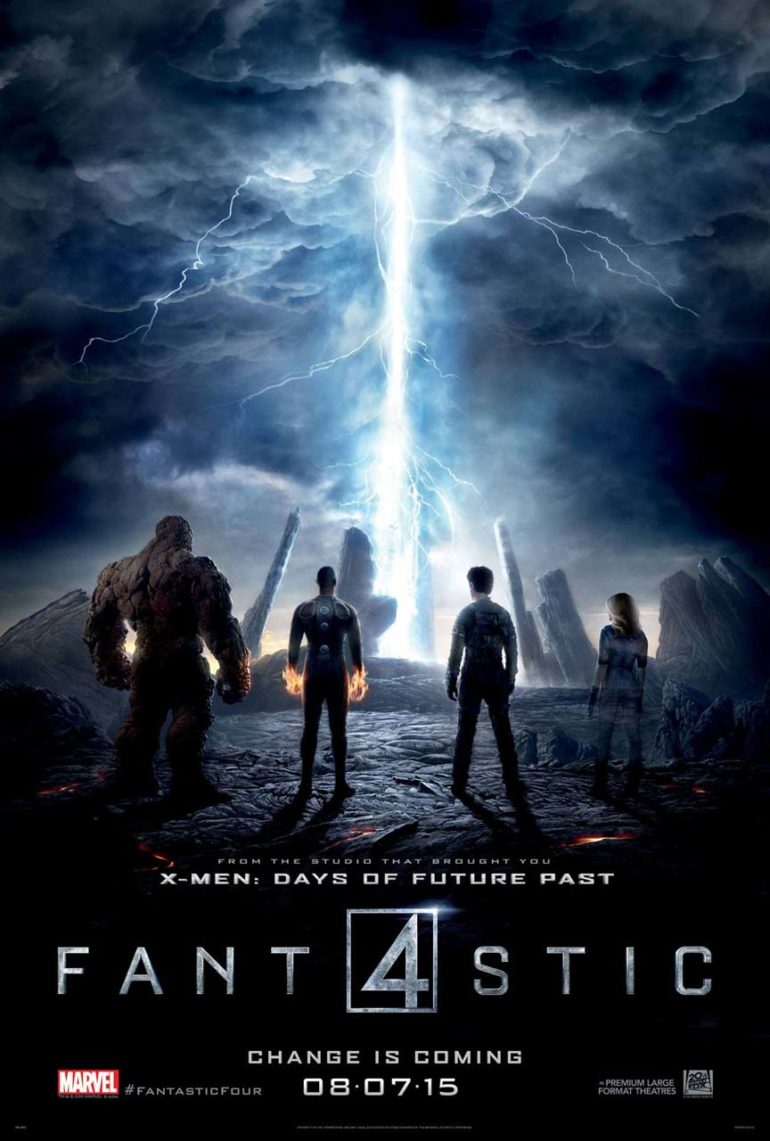 The latest one sheet for Fantastic Four hit the web this week and we actually get a glimpse of Marvel‘s first family which looks passable at a glance. While I am not sold on the concept and the liberties taken with the story I respect 20th Century Fox for sticking to their guns and promoting the hell out of this film even with Marvel not promoting it. As someone who supports the comic movie  genre,I will give it a shot and see how it goes. I am going in with low expectations though. Fantastic Four hits theaters on August 7th. Any of you guys giving this a shot?