From The Small Screen to The Big Screen: 10 Cartoons I’d Like To See

Ask any guy or girl in their 30’s about cartoons from their childhood and you’ll get an endless list of favorites which Hollywood wants to use to pad their coffers. While we have seen some effects-driven representations that have generated tons of interest, it seems that most times the deviations from the source material do more harm than good. Either the films bastardize the stories or worse, only share a name at most. Recently, many of my fellow 80’s & 90’s babies have been vocal about the new reimagining of Teenage Mutant Ninja Turtles at the hands of Michael Bay and most of their commentary has been negative. I sadly can’t blame them, since the rumored reimagining wants to make our favorite heroes in a half-shell aliens instead of mutants. While I can join them in their commentary, I have decided instead to dig in the closet of old memories and talk about ‘toons from our childhood that I think would do well on the big screen. This list is in no particular order, so please don’t get your panties in a bunch.

Transforming cars that would have benefited from the “Bay” treatment. It was broadcast from 1985-1986  and honestly would probably do well just from automotive product placements alone.

Not every cartoon needed ultra-violence growing up. If there is a market for films like Spy Kids then you know kids would embrace the Bionic Six. Not sure about going live action with this one, but again it would be something different.

If people could sit through Cloverfield then they would definitely check out Inhumanoids. Subterranean monsters trying to enslave the human race and humans uniting with other monsters to stop it? Definitely sounds better than sitting through another lame Adam Sandler film.

While some considered this a Thundercats ripoff, it actually had great animation and awesome villains. Monstar was one of the most well-designed villains alongside guys like Mumm-Ra and Cobra Commander. May not work in live action, but definitely would in CGI.

6. Galtar and the Golden Lance

While not necessarily an 80’s cartoon, Jonny Quest saw much airtime in my house and with the debut of the Cartoon Network I got to enjoy all the great stories it had. Hollywood had originally planned on bringing this the big screen with Zac Efron rumored to be playing Jonny and The Rock playing Race Bannon. While I am sure it will eventually get made, I think it would be another great franchise for kids. However, I think Zac Efron is a bit old to play Jonny at this point.

This is the gold standard of Disney cartoons in my opinion. With fantastic stories and excellent voice work, it is truly a shame that Disney hasn’t found a way to bring this back. I know tons of kids would enjoy hearing Goliath’s booming voice on the silver screen. It was a great homage to New York City and the stories were mature enough to be enjoyed by all audiences.

One of my all time favorites with some of the coolest toys. Here’s a film that, if done right, would make tons of money. Feel free to throw in as many explosions as you like. Just make sure to include all the awesome weapons and we’ll be fine.

How awesome would it be to see some these weapons created for the big screen?

I don’t need to write a reason – this just needs to get done. If you want to cite the new cartoon I can live with that, but seeing this on the big screen would definitely be appreciated by younger generation.

With all the great special effects showcased in the Transformers films, no film on this list would benefit from the technology we have now more than Voltron.  Imagine seeing this in IMAX!

Well, that wraps up the 10 ‘toons I’d like to see on the big screen. I am sure many of you have your own suggestions and I’d love to hear them – so feel free to sound off in the comments below or on our Facebook fan page. 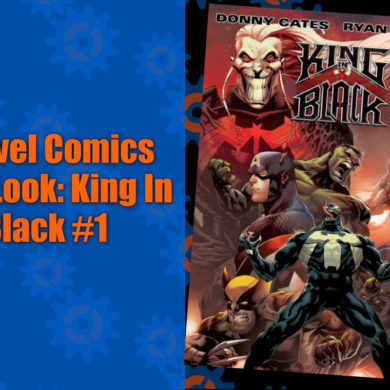