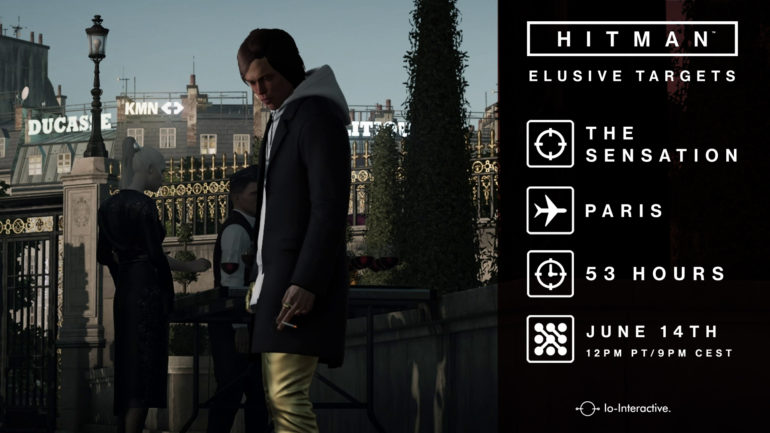 HITMAN is rolling out update after update since the Memorial Day weekend. With e3 unofficially beginning tomorrow, everyone is trying to get the attention of the gamer community. Square Enix and Io-Interactive are using the obvious method of introducing Elusive Target #4! This target is taking part in the Paris Showstopper event and he has been dubbed “The Sensation.” This is total speculation on my part, but fans of the game will recognize the name Jordan Cross. I feel certain that he is The Sensation because NPCs talk about him like the second coming of another individual with the initials “JC.” Regardless of his true identity, this guy is going down come Tuesday. According to the HITMAN news page, The  Sensation will be in Paris between 3:00 PM EDT on Tuesday, June 14, 2016 and 8:00 PM EDT on Thursday, June 16, 2016. Look for R.A.G.E. Works to have a video recording of his demise sometime between Tuesday night and Wednesday morning.

By the way, for those who have been keeping up with the ETs and have 3 confirmed kills, here is what you will be rewarded with upon your fifth Elusive Target elimination:

In the words of Diana Burnwood, I will leave you to prepare.