PQube is incredibly excited to announce that All-Star Fruit Racing, the juiciest kart racer around, will be power sliding onto PlayStation 4, Xbox One, Nintendo Switch and coming out of early access on PC on August 21st.
The title will also be available both physically and digitally on all console platforms and is available from a multitude of retailers, for more information or to pre-order please head to: http://pqube.co.uk/allstarfruitracing/
Go bananas for a jaw-dropping, lightning-fast kart racer for all ages and abilities this July when PQube and 3DClouds.it team up to bring All-Star Fruit Racing, the most action-packed multiplatform kart racer of the year, to PlayStation 4, Xbox One, the all-in-one games and entertainment system from Microsoft, and Nintendo Switch. All-Star Fruit Racing propels players into vibrant worlds filled with incredible action: Drift through looping bends, soar over monumental jumps and defy gravity itself around tubular tracks in an explosively colourful racer bursting with championships, modes and awe-inspiring sights. 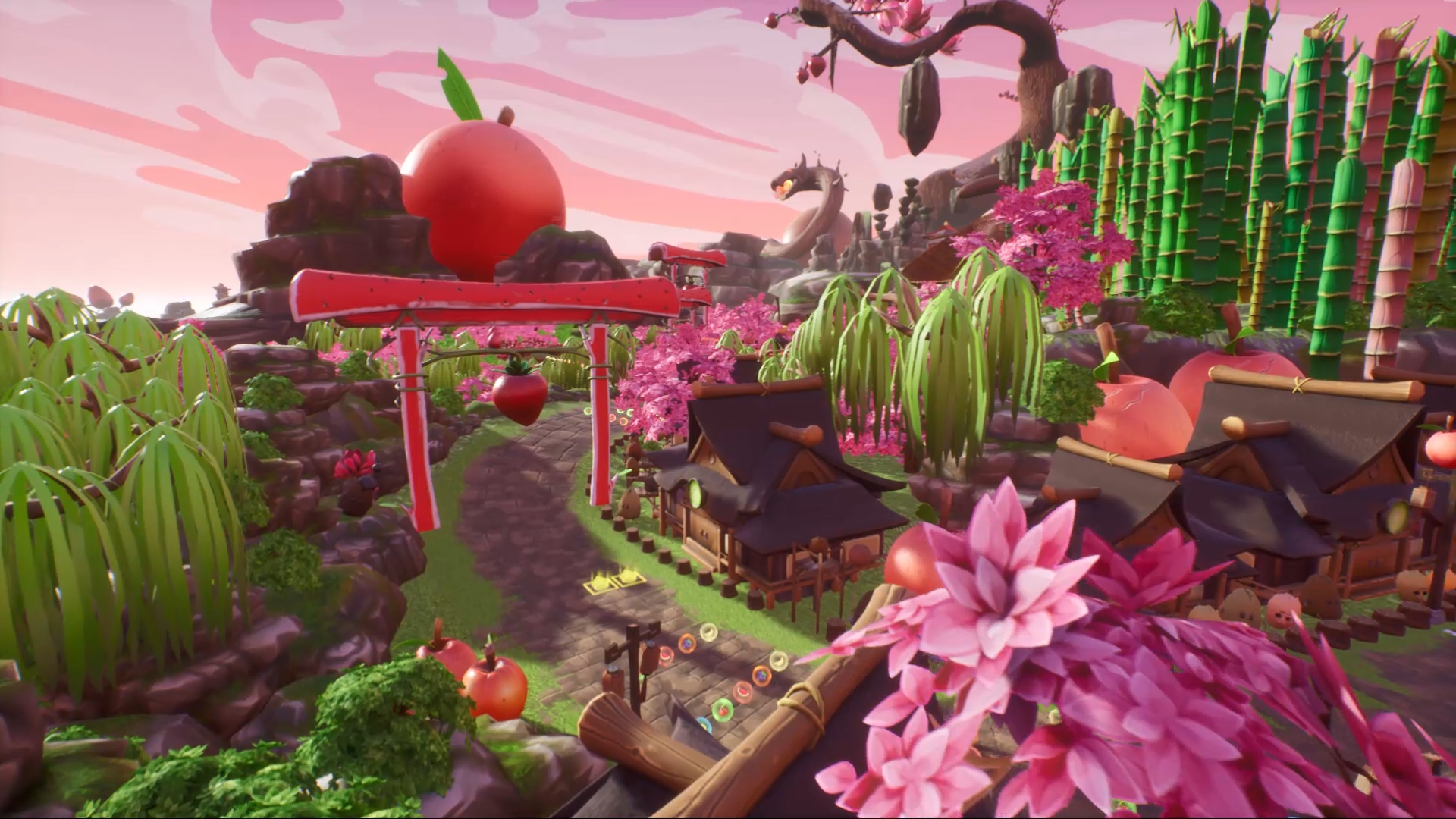 Jump into a bumper career mode
Pick your favorite character and battle for the first-place trophy in a series of testing championships. Balance speed and skill as you battle other racers in a frantically fruity scrap for the podium and the all-important winner's prizes, unlocking new characters, championships and kart parts along the way. 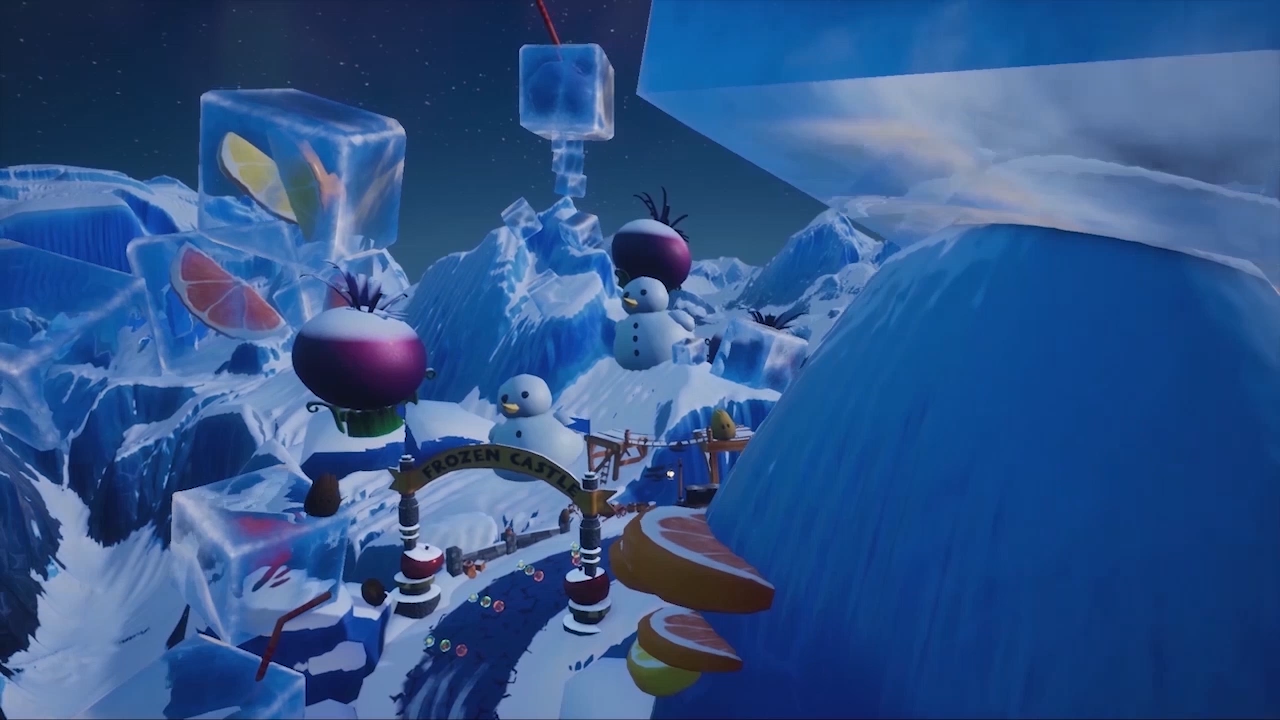 Master all the modes
Called yourself the champion of the champion? The journey has just begun. Create Custom Championships and select between three different difficulty settings and speeds to fine-tune your challenge, or dive into a range of differentgametypes including Dragster races, Hill Climbs, Elimination races, Time Attacks and even modifier-filled modes that rewrite the rulebook.

Dominate the seasons
Burn rubber in 21 incredible courses spread across five stunning worlds: Spring, Summer, Fall, Winter and Special Islands. Speed up volcanoes, around the twisting bodies of giant snakes and between giant, kart-crushing snowballs on some of the craziest racing tracks ever imagined. 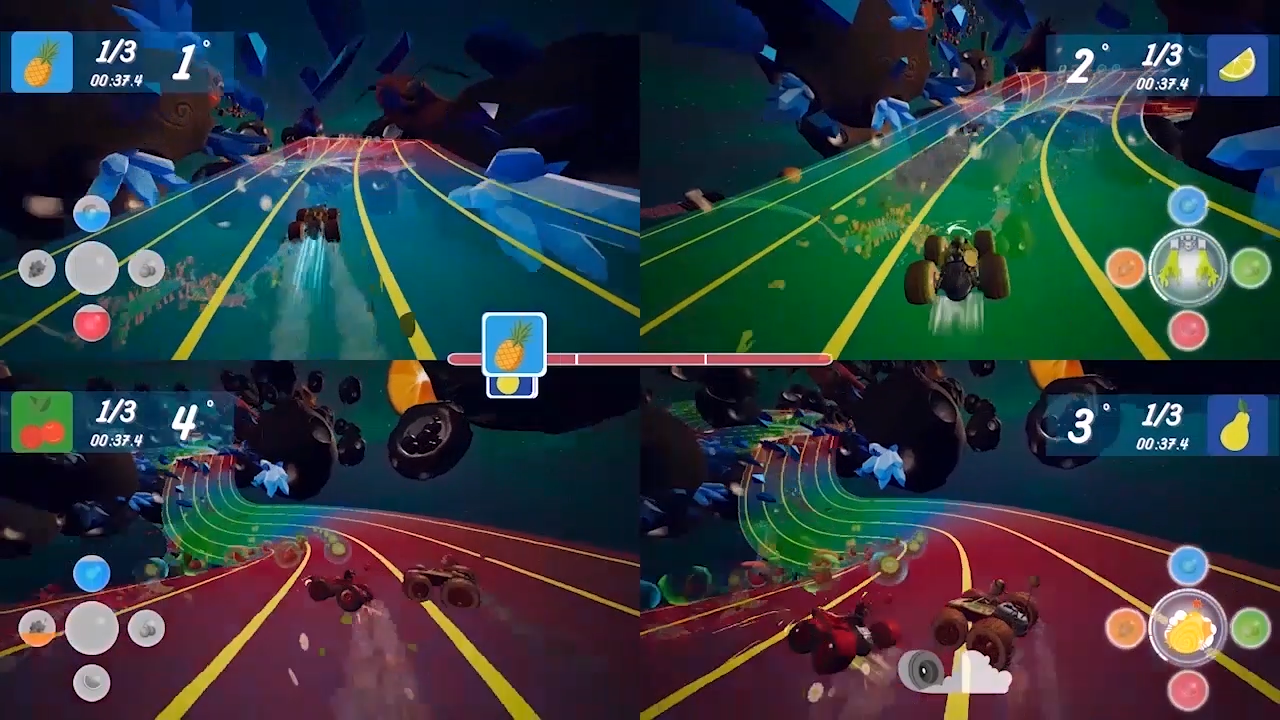 Fire up the Juicer
Bruise your foes (and their egos) by unleashing devastating fruit-based moves with the innovative Juicer power-up system. Collect different types of fruit as you race to fill up The Juicer's liquid tanks, then custom-combine your juice tanks' power to let loose a combo power-up. Will you let loose a volley of different power-ups, or save all of your fruit power until your unique Mega-Juice move's ready to help you reach first place? 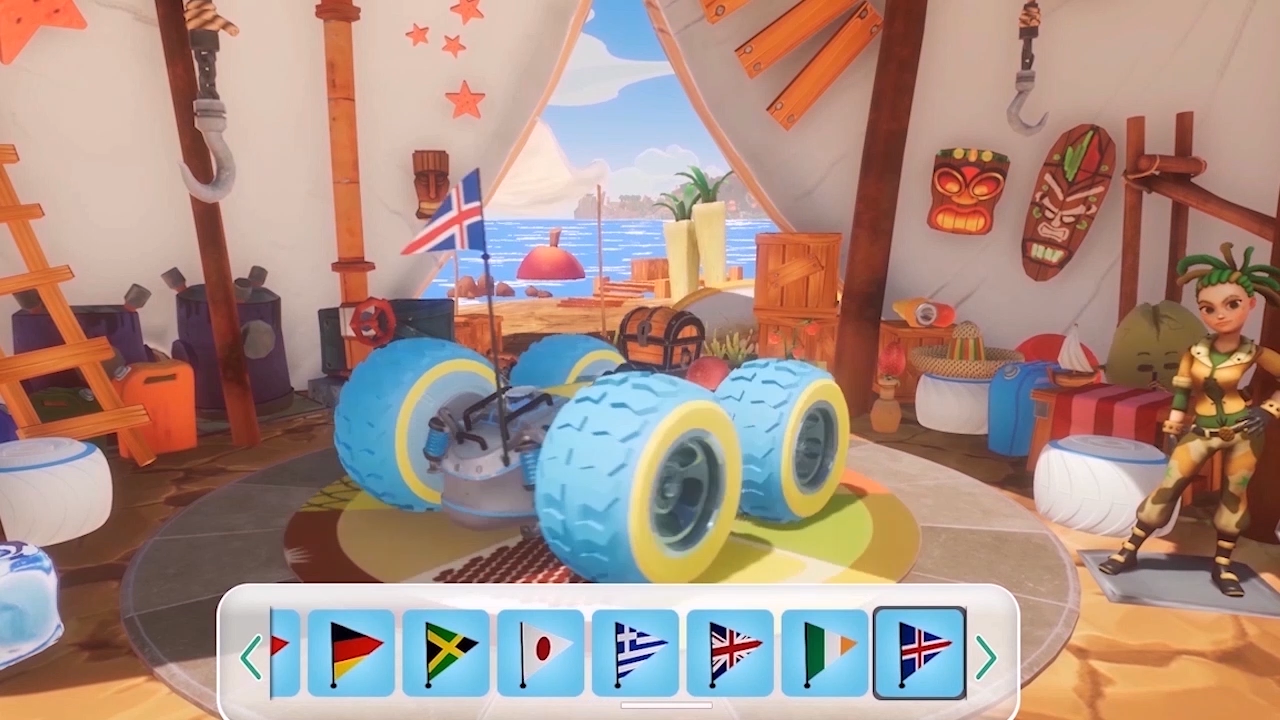 Take on friends and family
Don't race alone: Share the All-Star Fruit Racing fun with everyone in two-, three- and four-player split-screen action. 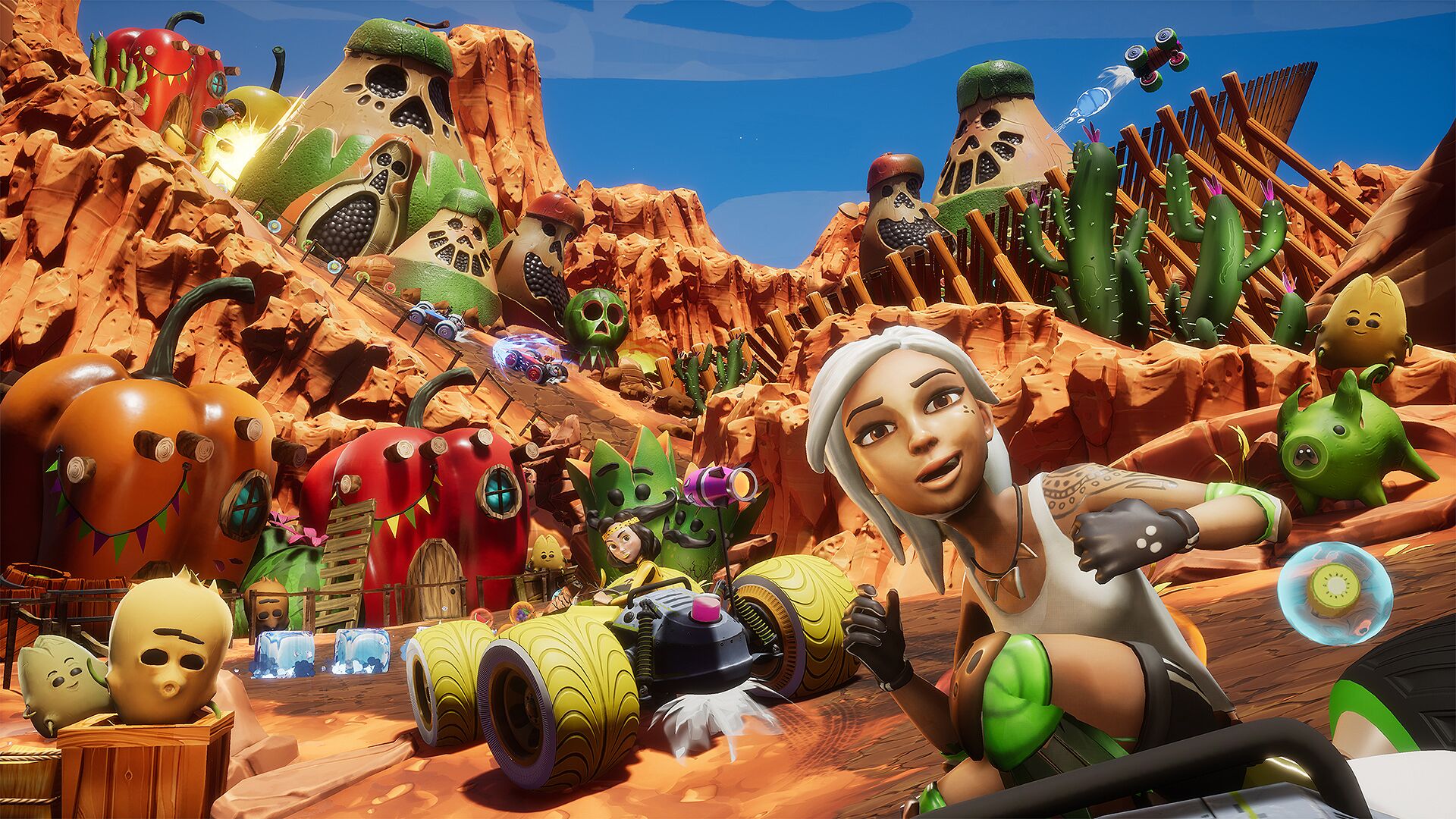 Challenge the whole world
Race against others from across the globe in eight-player online showdowns; available on PlayStation 4, Xbox One and PC editions of All-Star Fruit Racing.
Customize your kart 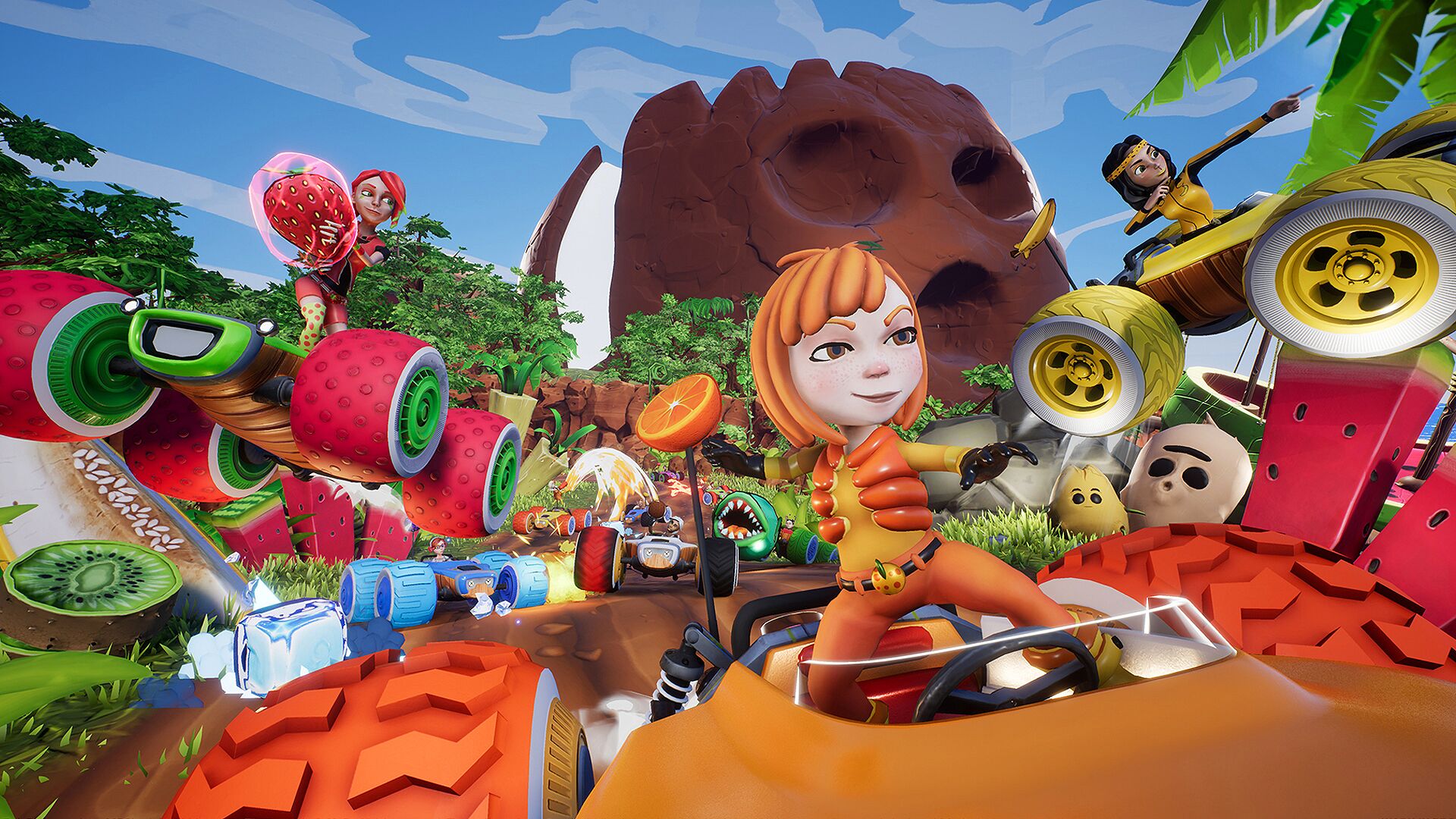 Unlock new parts as you play to help you redesign, rebuild and recolour your dream ride. It's not just about winning – it's about winning with style, and over 32,000 possible kart combinations await in the All-Star Fruit Racing Garage…