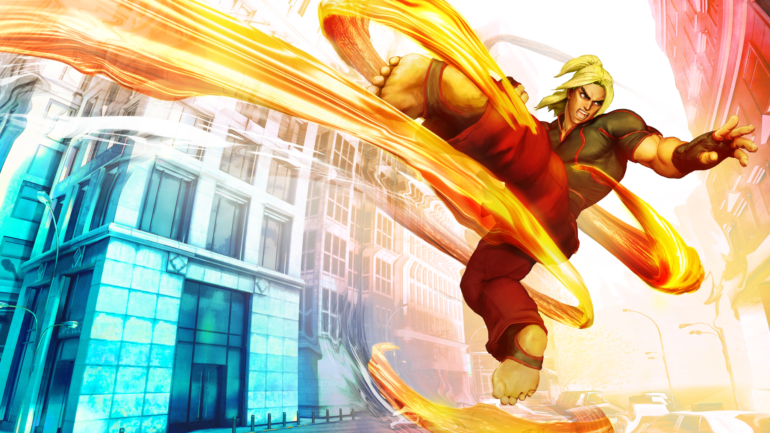 Street Fighter fans attending the 2015 San Diego Comic-Con Street Fighter panel got an awesome surprise today as Ken Masters was announced as the latest character to join the Street Fighter V roster. In addition to being announced he was also playable at the Capcom booth after the announcement.

One of the key protagonists in the legendary Street Fighter series, Ken brings an array of new abilities to Street Fighter V, where his tricky mix-ups and flashy combos have the ability to bewilder opponents and deal huge damage. Ken joins the six previously-announced characters Ryu, Chun-Li, Charlie Nash, M. Bison, Cammy and Birdie, with plenty more new and returning characters still to come.

As a reminder, the first online beta program for Street Fighter V will be exclusive to PlayStation®4 players and will run for five days, starting from July 23 (6pm PDT) in North America/ July 24 (3am CEST) in Europe. In North America, those who pre-order the game through select retailers or through PlayStation™ Network (PSN) will be granted automatic access to the beta. In Europe and Asia, players interested in participating in the beta program can visit www.streetfighter.com and follow the various steps to sign up for a chance to join the fight! Additional beta programs will be taking place throughout the rest of the year and more details will be shared at a later date.