Hello there, Heroes and Merchants! We here at 11 bit studios and Digital Sun believe that a good adventure always requires a little bit of old-fashioned planning and — obviously — ​ a map!​ A carefully plotted path that will ultimately lead you to your goal. Is there a treasure waiting at the end of the road? Perhaps a princess or a prince? Shining, golden horse armor? You do you, we won’t judge. To aid you in your travels to the dungeons outside of Rynoka, we have prepared something very special for all of our fans, the​ Moonlighter Development Roadmap for 2018!

Since Moonlighter's release, the feedback that we have received from fans has been equal parts overwhelming and also amazing! Our fans and community have some crazy good ideas and guess what — we have some as well! And you know what always works best? Cooperation! We’ve collected your feedback and ​we have incorporated as much of it as possible into our development plan​. After many internal discussions, hours of research, and the consumption of non-alcoholic beverages (swear!) — we proudly present to you Moonlighter Development Roadmap 2018​!

Excited? So are we! Let's give you a little bit more information about each milestone from the roadmap (not everything, though – we like to keep some secrets) and this should go without saying, but all the updates you see here are going to be totally free! 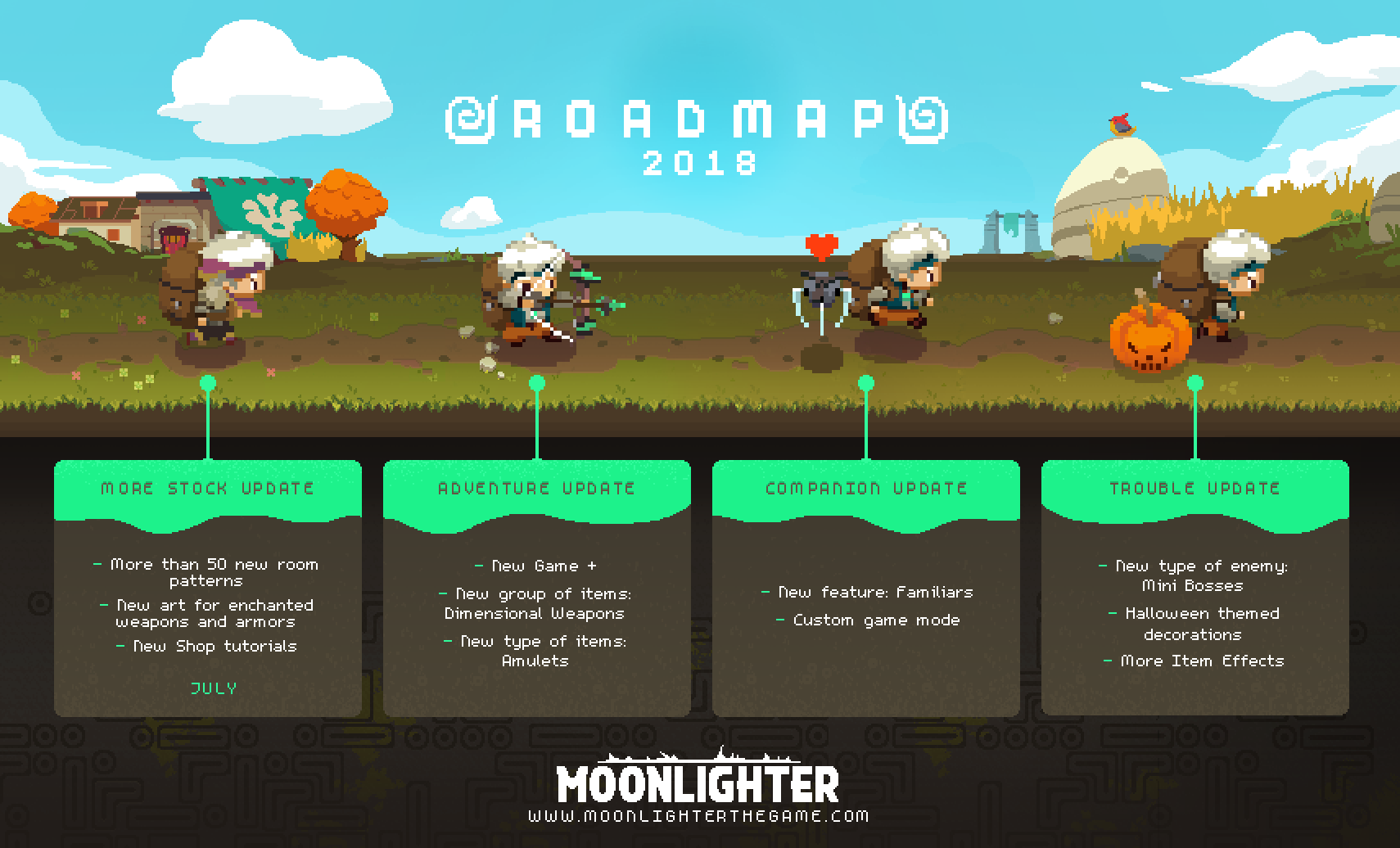 That’s the basics, and as we said before, we don’t want to spoil everything so we can keep you on the edge of your seats while you wait for upcoming content! And yes – ​ we have even MORE updates planned for 2019​!

We absolutely love what David Fenn did with Moonlighter’s Official Soundtrack. The feeling of nostalgia, lust for adventure and unending thirst for gold – everything is there! But the best things in the world are those which we can share with others. That’s why, from now on, you can listen to ​ Moonlighter’s OST on Spotify​! If you prefer other platforms, it's also​ available on Bandcamp​, where you can also buy it to support David and his awesome creativity!

Last but not least, YES the​ Switch version of Moonlighter is still coming this year​! Nothing has changed here. If there is anything new to announce — we are going to announce it ASAP on our channels — so stay tuned!

Check out R.A.G.E. Works' review of Moonlighter, provided by our very own Quark!