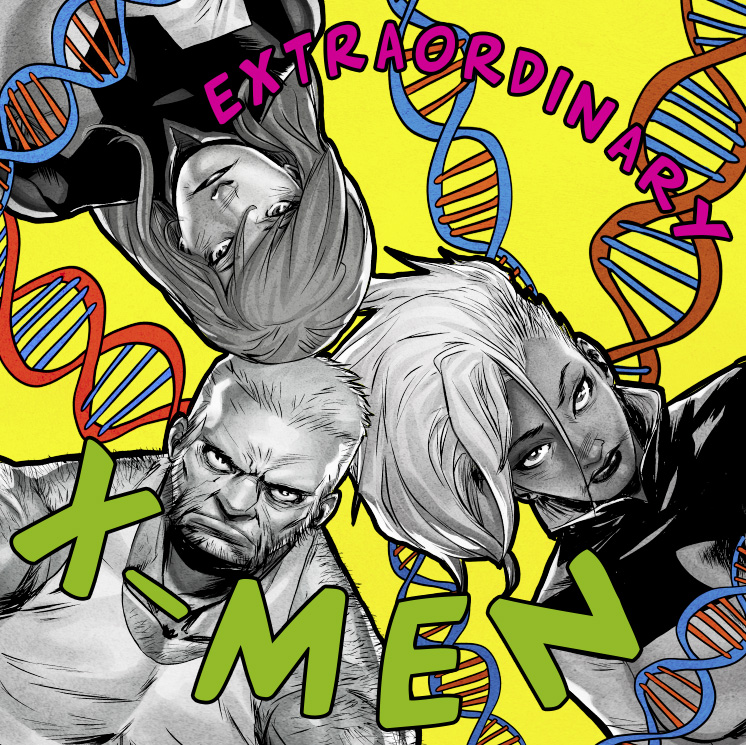 The post- Secret Wars world for the X-Men and for Marvel readers is going to be a lot different than it used to be. The bulk of The All-New, All-Different Marvel Universe kick off after the events of Secret Wars which will see an all new team of X-Men rise from the ashes to protect mutantkind. This new team will have some familiar faces and some unexpected ones including Old Man Logan.  I am not shocked to see some incarnation of Wolverine involved post-Secret Wars. I am looking forward to seeing what magic Jeff Lemire and Humberto Ramos bring to one of Marvel's iconic franchises.

New York, NY—September 15th, 2015 — The fate of mutant kind will be decided here! Prepare for a new team of X-Men for a new Marvel Universe. Today, Marvel is pleased to present your new look inside EXTRAORDINARY X-MEN #1! Eisner Award-nominated writer Jeff Lemire (All-New Hawkeye, Sweet Tooth) and chart-topping artist Humberto Ramos usher mutant kind into a new era for the flagship X-Men title of All-New, All-Different Marvel! Eight months have passed, and the X-Men are in dire straits. A cataclysmic event that has altered the destinies of both Mutant and Inhuman. Many of the X-Men have gone missing – including their wayward leader Scott Summers. It will take the remaining X-Men to forge mutant kind into something stronger. Something extraordinary!

Storm, along with Colossus, Magik, Nightcrawler, Iceman, Jean Grey and Old Man Logan will lead those who are hated and feared headlong into tomorrow. Welcome to the new Marvel Universe, X-Men – hope you survive the experience! It all starts this October as Lemire and Ramos bring you EXTRAORDINARY X-MEN #1!