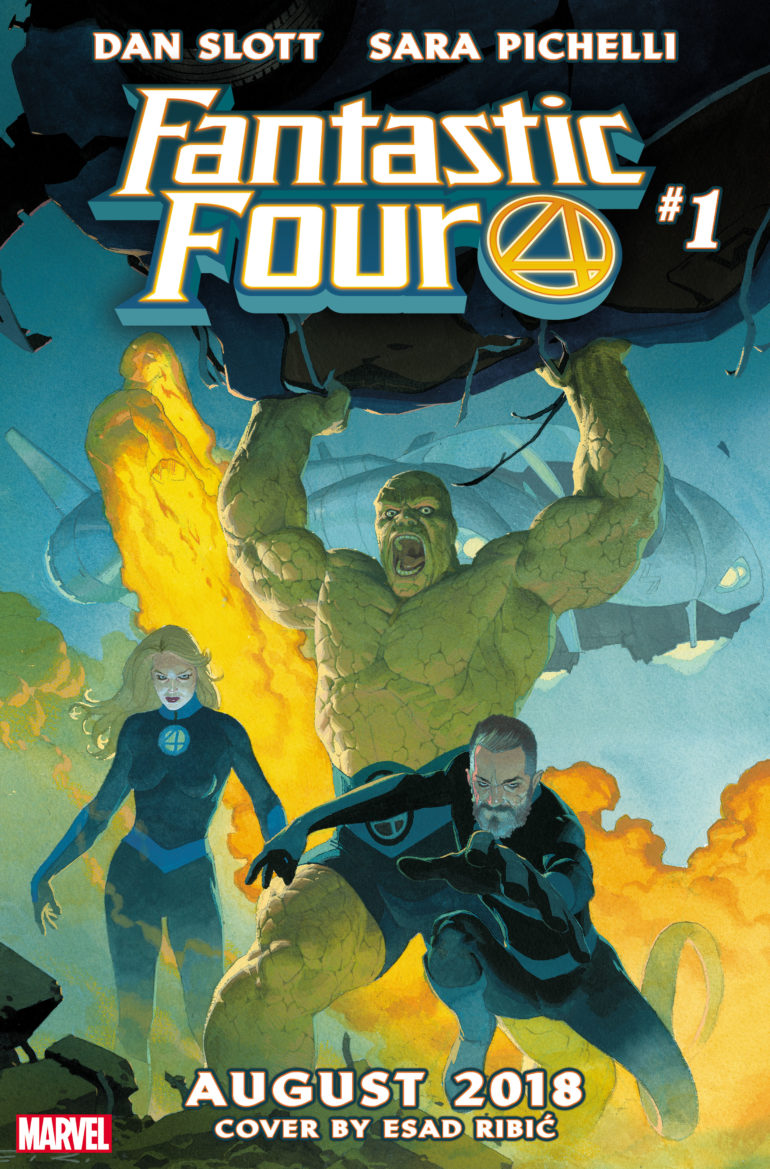 Marvel's first family returns to the Marvel Universe with new adventures and brand new creative team. Check out the teaser Marvel sent our way below.

My Take: As comic fans enjoy Dan Slott's run with Amazing Spider-Man they'll be happy to know that Dan will be bringing his stellar writing to the brand new Fantastic Four series. What does Slott have in store for Marvel's first family? If it's anything like the Amazing Spider-Man run we're sure it'll be good.

Will you be picking up this new Fantastic Four series?

REVEALED AT LAST! The Return of the Fantastic Four is Here – Along with the Epic Issue #1 Cover!

New York, NY—April 19, 2018 —As the Fantastic Four prepare to make their return to the Marvel Universe, Marvel is proud to present a Fantastic Four teaser trailer celebrating new adventures of Reed, Sue, Ben, and Johnny!

Celebrate the Fantastic Four with a view into their past and a look towards the future, from their debut in Stan Lee and Jack Kirby’s classic 1961 issue to their much-anticipated return in August’s upcoming new series from Dan Slott (Amazing Spider-Man, Silver Surfer), Sara Pichelli (Spider-Man: Miles Morales), and Esad Ribic (Infamous Iron Man, Marvel Legacy, Secret Wars)!