Blade Makes His One:12 Collective Debut This Fall 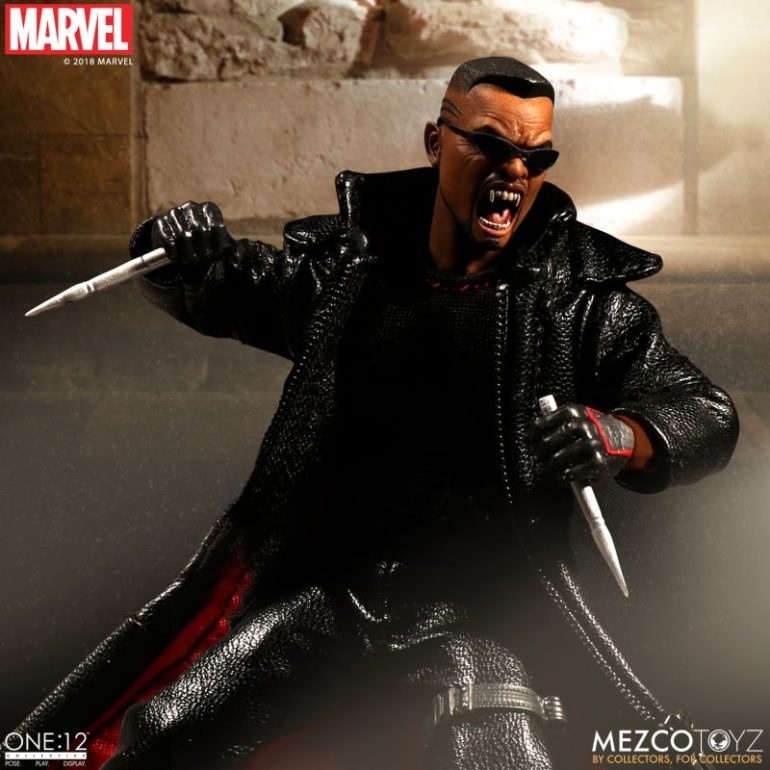 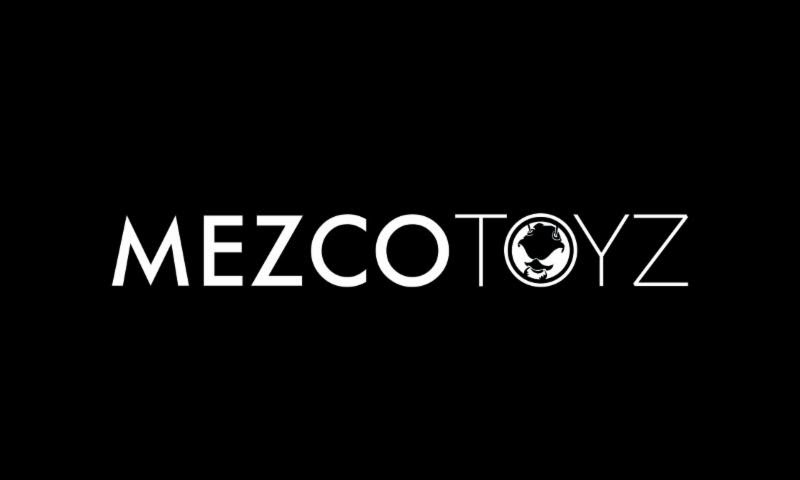 Blade the vampire hunter is the latest Marvel addition to Mezco's One:12 Collective line and the folks at Mezco did a stellar job capturing the daywalker in all his glory. The figure uses elements from Blade's comic book roots but also uses a bit of Wesley Snipes interpretation of the character. Fans will get all of the trademark weapons and accessories that are synonymous with the character including a customized submachine gun with removable magazines, a pump action shotgun, his signature sword with removable sheath, collapsible throwing blades, striking stakes, and of course, sunglasses. Check out some photos of the figure below.

What goodies can fans expect to see when this figure is released? Let's get to the specs.

THE ONE:12 COLLECTIVE BLADE FIGURE FEATURES: 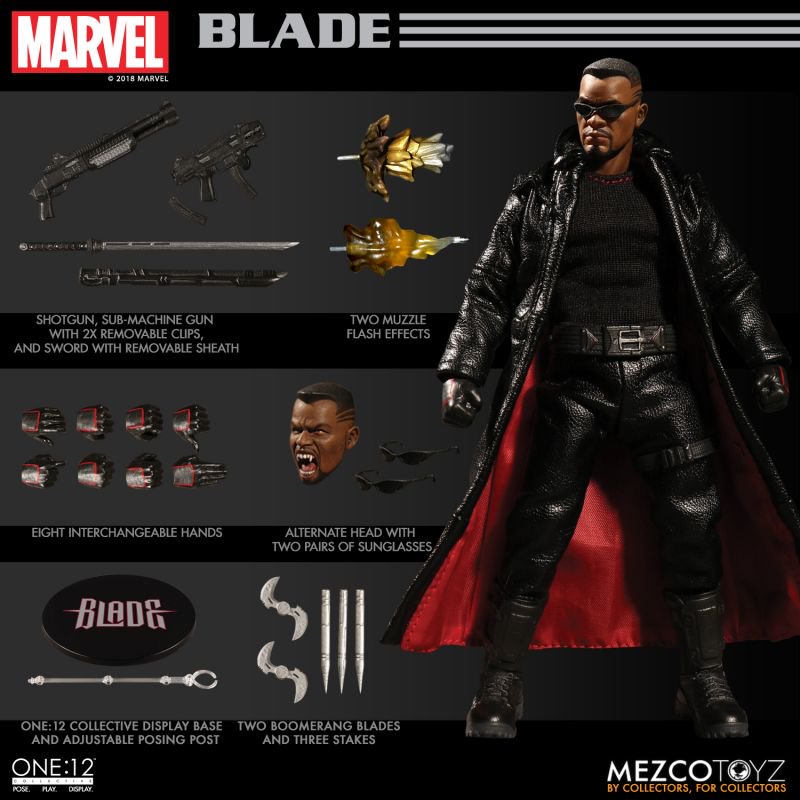 Each One:12 Collective Blade figure is packaged in a collector friendly box, designed with collectors in mind.

Fans looking to pre-order this figure can head here. Delivery is expected between September-October 2018 but as is the case with most Mezco releases it can be earlier.