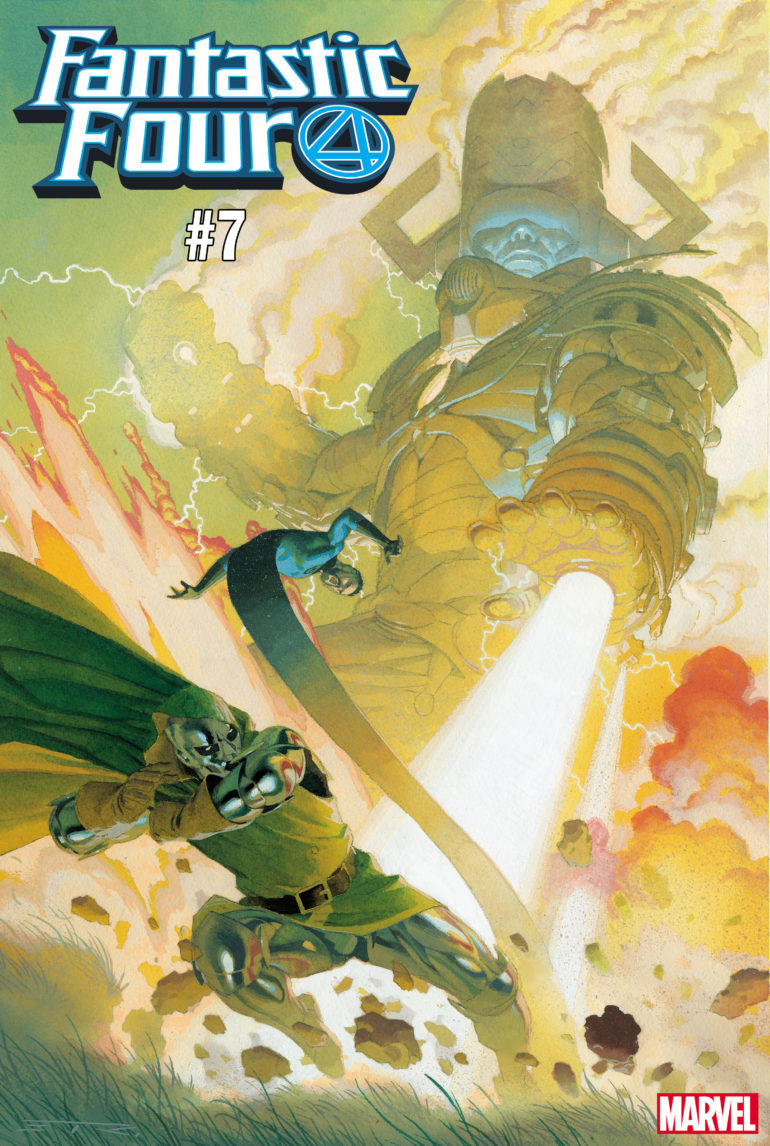 Two of the Fantastic Four's most iconic villains collide next year and Marvel's first family is caught in the middle. Will Reed Richards choose the right side in this conflict between Dr. Doom and Galactus? We'll have to wait till next year to find out.

FANTASTIC FOUR #7: The Battle Between Doctor Doom and Galactus!

New York, NY—November 28, 2018—One is an unstoppable cosmic force of nature. The other is a complicated villain. And both are iconic foes of the Fantastic Four, coming to the pages of FANTASTIC FOUR #7 this February!

It’s a battle between Galactus and Doctor Doom, and Marvel is excited to reveal their epic clash with a brand new cover from series artist Esad Ribic! With the Devourer of Worlds versus Victor Von Doom, Mister Fantastic’s got a choice to make as the Fantastic Four fight to keep the Marvel Universe safe – but one thing that the Fantastic Four haven’t counted on? They return of a long forgotten threat from the team’s past…

This winter, the “Herald of Doom” continues…and it’s a story fans won’t want to miss!