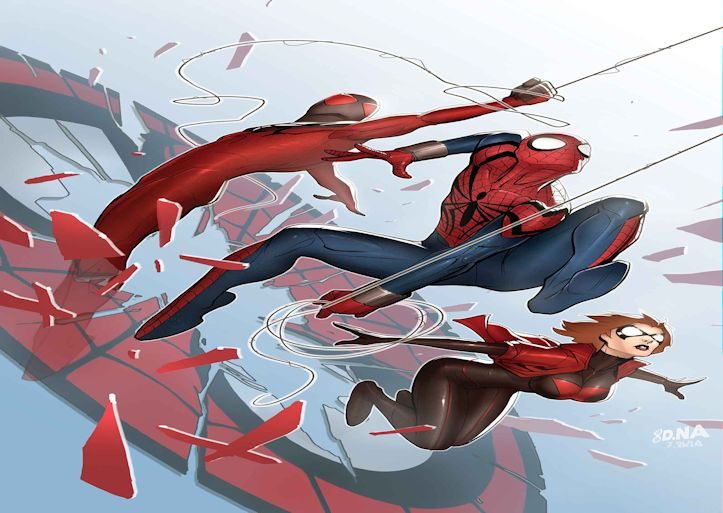 From the pages of the Spider-Verse saga comes a new team of arachnid heroes who come together not only to save the multiverse but to stop Morlun before any other “Spiders” are taken out. I am looking forward to this series because even though the clone saga had its bad points I felt Ben Reilly and Kaine had the potential to be great additions to the Spider-Man mythos. Ultimate Jessica Drew's involvement is interesting since the 616 universe has its own Jessica Drew, but I am sure that will be addressed as the series moves forward. I know Mark Bagley variant will be a must have for me since Bagley interpretation of Spider-Man is always great. What do you think of this team concept?

Together for the first time! Amidst the chaos of Spider-Verse, three fan-favorite characters unite for a desperate mission into the unknown in SCARLET SPIDERS #1! And not all of them are going to make it back! From creators Mike Costa and Paco Diaz – Kaine, Ben Reilly and Ultimate Jessica Drew must unite for a deadly operation behind enemy lines. When the Spiders discover one of the technological secrets that make Morlun and his family so powerful, it’s up to the Scarlet Spiders to go deep behind enemy lines into one of the twisted realms Morlun’s family rules to shut it down. If they fail, every Spider from across the multiverse will face certain death! What horrors await them across the multiverse? Find out in November as Kaine, Ben Reilly and Ultimate Jessica Drew swing into action in SCARLET SPIDERS #1!