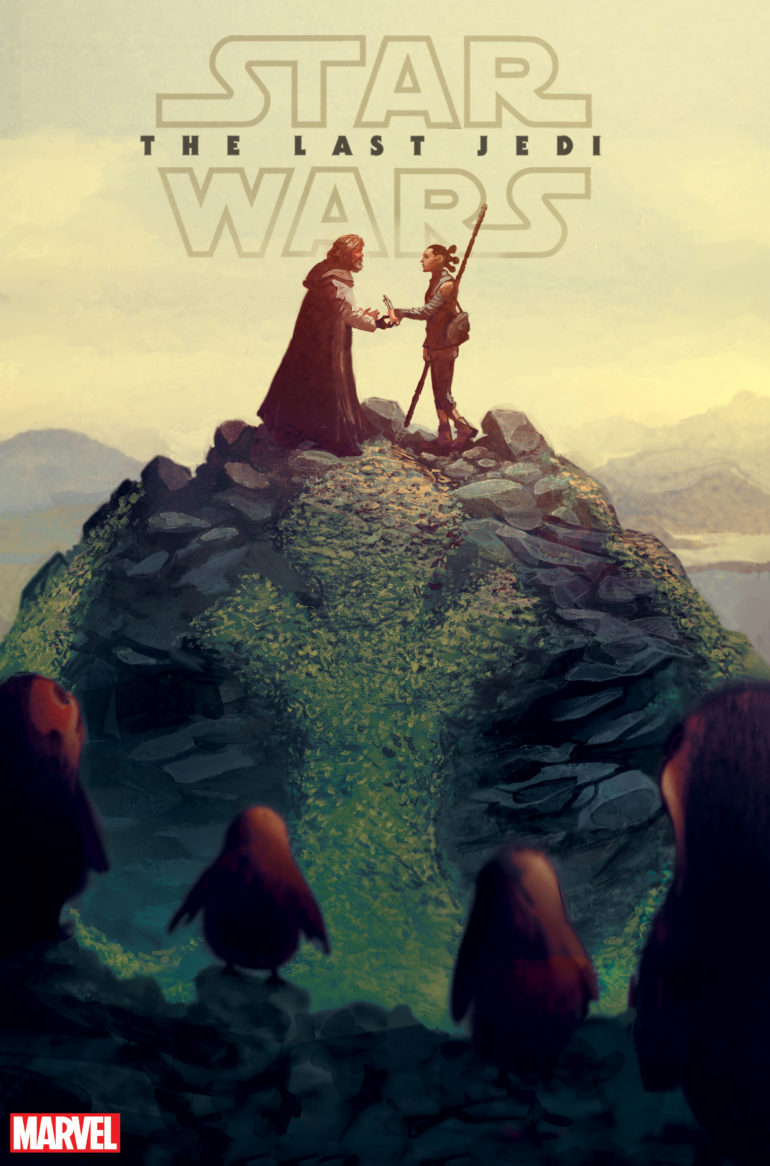 Marvel is bringing Star Wars: The Last Jedi to comic book fans later this year and while the six-issue adaptation will capture the film's iconic moments it is also going give fans some never before seen material as well as expand on some of the onscreen moments.

My Take: While I personally have no issue with comic book adaptations of films I feel that the release of this is coming at a time when Star Wars: The Last Jedi hype has died down. The added material and story expansion will definitely get hardcore Star Wars comic fans even at an inopportune time.

Check out the cover and Joe Quesada variant cover below.

New York, NY—February 2, 2018—The Resistance is outnumbered…Luke Skywalker has finally been found…and the Rebels fight against a growing evil. The First Order will stop at nothing to conquer the galaxy, and it’s up to our heroes to defend it!

This May, writer Gary Whitta (Rogue One: A Star Wars Story, Star Wars Rebels) joins artist Michael Walsh (Star Wars Annual, Hawkeye, The Vision) for a thrilling adaptation of the hit blockbuster STAR WARS: THE LAST JEDI, as they follow Rey, Poe and Finn in their adventures across the galaxy, featuring never-before-seen material!

The six-issue miniseries tells an all-new, exciting story that movie and comic fans alike will enjoy. It’s new Star Wars stories in a tale you already know: relive the magic of Rey’s heroism, Finn’s bravery and Poe’s daringness in STAR WARS: THE LAST JEDI ADAPTATION, out this May!