Marvel Releases Black Panther: A Nation Under Our Feet Part 11 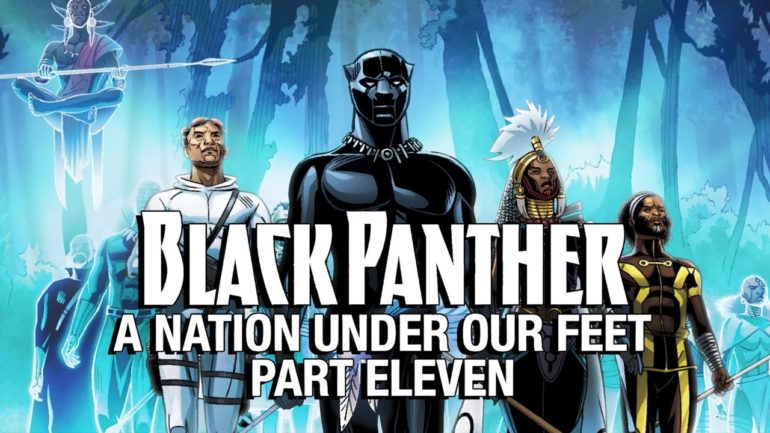 Marvel continues blending hip-hop with the iconic Black Panther in their web series Black Panther: A Nation Under Our Feet. Check out episode 11 above and if you missed any other episodes you can catch up via the playlist.

“BLACK PANTHER: A NATION UNDER OUR FEET – PART ELEVEN”

Within Marvel Comics’ Black Panther, written by The Atlantic national correspondent and National Book Award winner, Ta-Nehisi Coates, “A Nation Under Our Feet” comes to a close. The dust settles, and peace comes to Wakanda once again. That is, if her political leaders can come to terms….T'Challa finds himself in the last place he ever expected: A republic.

“I love comics for the themes they deal with. Death, love, regret, sorrow etc. even superheroes deal with, and are often fueled by, human emotions – no one is exempt,” said Bas. “I think my music touches on a lot of those same themes. Much like comic books, my songs have story arcs, and within these stories is a deeper emotion that I try to relay. Much as the magic of comics lies equally in the artwork, the story and the emotion, I like my music to tell a story as much sonically as through my words.”