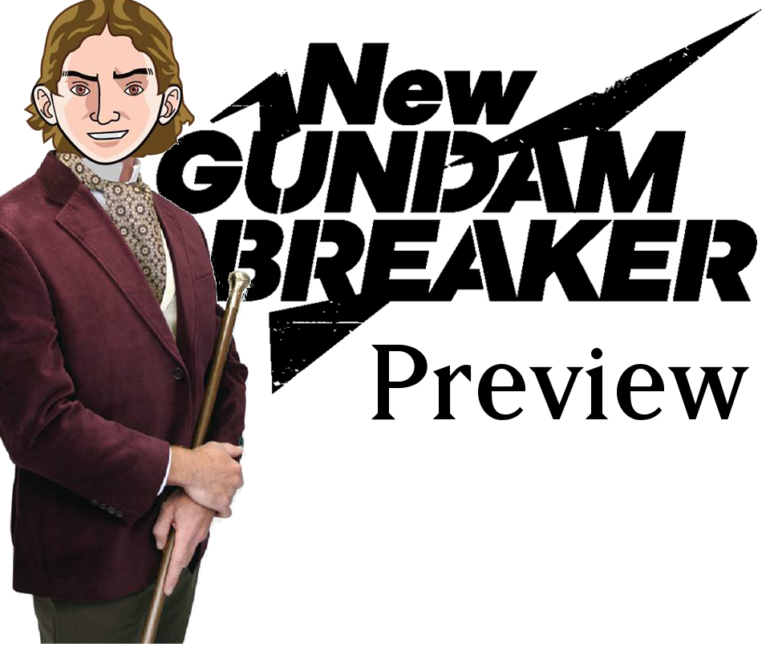 New Gundam Breaker is coming to the west as Gundam experiences a new Golden Age. Anime set in the Gundam Universe, such as Iron-Blooded Orphans, have received critical acclaim, making it easier to bring the Gundam video games stateside. Gundam Versus finally got North American entry, giving the western world a taste of the Japanese arcade phenomena. That’s why it is with great pleasure to see New Gundam Breaker receive a worldwide release.  I covered Gundam Breaker 3 when it was released back in 2016, and I found the game to be pretty average, especially when compared to the original. I said,

“Having a vast customization system means nothing when it's under a layer of repetitive gameplay. While the game is enjoyable in short bursts, one mission at a time, playing for more than one hour is downright mind-numbing.”

I went back and replayed Gundam Breaker 3 and was able to complete a few levels while writing this article and mashing the square button. The biggest problem is the length of the levels and how useless your AI teammates feel. Furthermore, looting never felt right. Taking 10 minutes between each mission just to optimize your character with your newest loot felt more overwhelming than it did fun.

Luckily, New Gundam Breaker is going back to its roots and back to the fact you are piloting toys. The Gundam in New Gundam Breaker are actual Gunpla, both in appearance, size and function. The game is going towards a much more plastic-looking art style. Considering they were always supposed to be toys in the first place, it’s about time they went back towards this direction. The Gunpla can even lose their parts to expose their inner frame. But what I care about the most are the locations. The latest trailer shows a large scale battle taking place in a Japanese workplace. Hopefully, we get Sushi Bars, the riverfront playground, a sand castle and a baby’s crib.

The tagline of New Gundam Breaker is “Build, Fight, Loot”. While looting has always been the name of the Gundam Breaker game, the new option of being able to exchange parts from defeated enemies on the fly looks to really break up the monotony and streamline the complex stat system of your equipment.

The joy of loot-based games is always trying out new items, and not having to wait until the end of the mission to see what you’ve acquired, and it's a huge improvement. Western audiences are obsessed with loot based gameplay. From the comedic Borderlands to the maligned Destiny 2 to the hugely successful Monster Hunter World, players are always itching for the next loot-based game. If New Gundam Breaker is able to capitalize on it's rarely talked about multiplayer, make the missions shorter, and improve the AI, it's going to be a surefire hit.