No matter how you look at it, the fourth generation of pokémon is winding down to its final days for North American fans. Nintendo is helping to both build the hype for the fifth generation and help long time fans complete their fourth gen pokédex. From January 30th through February 13th, players can download Ash Ketchum’s Pikachu to their copy of Pokémon Diamond, Pearl, Platinum, HeartGold or SoulSilver. More importantly, players can go to GameStop between February 21st through March 6th (the Pokémon Black/White release date) and download Celebi, the Time Travel Pokémon. This download will affect both fourth and fifth generation titles, allowing you access to secret areas and rare pokémon. Looks like fans of the series have a lot to look forward to this month and next!

The Pikachu giveaway is literally just that – the pikachu you get has no special abilities or attacks that you cannot get regularly. It can only be called “Ash’s Pikachu” because it has the specific moveset that anime hero Ash Ketchum’s Pikachu currently has:

Anyone can go to serebii.net and figure out how to breed for these moves. It will be about as useful to you as the guy in the above picture. The Pikachu will be holding a Light Ball, which doubles its attack and special attack stats It comes in a cherish ball and has a Classic Ribbon. Go to https://www.pokemongoldsilver.com/us/#/news/ashspikachu/ for full details. Please note the Pikachu giveaway takes place at participating Toys R Us stores. 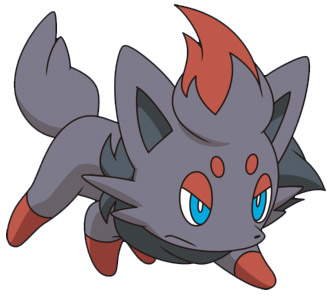 And now for something you should actually care about. The Celebi giveaway will begin on February 21st at GameStop and continue until the release of Pokémon Black and White on March 6th. Celebi is one of the most rare creatures in the game and only Mew is given out less frequently. Celebi will have a dual purpose: In the HeartGold and SoulSilver games, Celebi will transport you through time and space to Tohjo Falls, where you will meet and battle Giovanni, the leader of Team Rocket. This happens when you have Celebi in your party and take it to Ilex Forest to its shrine. In the upcoming Pokémon Black and White games, if you have Celebi, you can go to the Game Freak building in Castelia City and you will be given the Tricky Fox pokémon# 570, Zorua, one of the new creatures featured in the upcoming movie: Zoroark – Master of Illusions. This is currently the only known way to get Zorua. This event has not been officially announced on the pokémon website as yet (probably because the Raikou/Entei/Suicune event has not ended yet) but you can expect to see full details on the site within the next week or two.