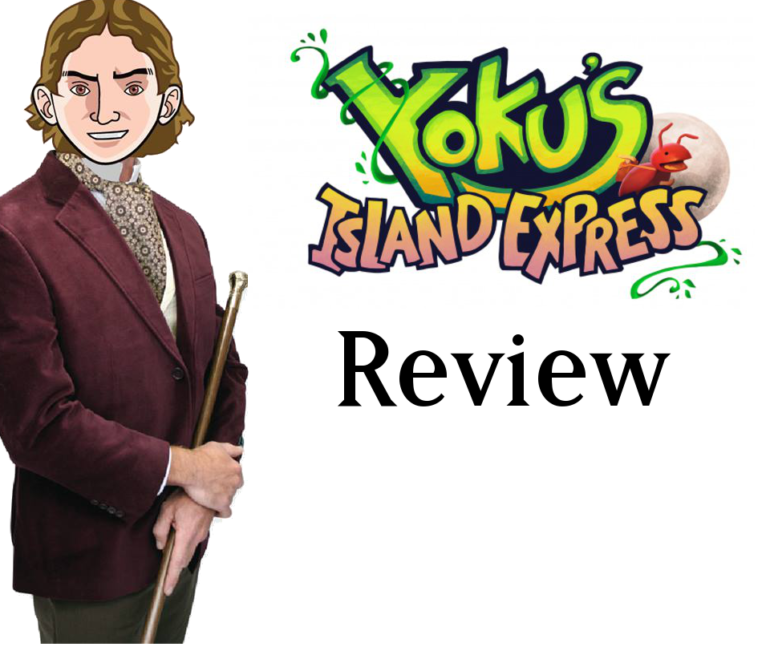 Some studies suggest that it only takes five minutes to fall in love, and after playing Yoku's Island Express, I couldn't agree more. Yoku's Island Express masterfully combines the centuries-old game of pinball with the exploration of the Metroidvania genre and creates my favorite platformer since Super Mario Odyssey.

A Beetle and His Ball

Yoku's Island Express, like any mascot platformer, has a simple plot. You're a dung beetle mailman who must deliver mail, help some local folks and gather the three island leaders to help defeat the God Slayer while also working towards hatching a giant egg. One of those plot points is not like the other, and while we get a bit of lore behind the island, the emphasis is on gameplay, and not the story.

Luckily, playing pinball with a beetle never gets old, if not a little frustrating. Yoku is defined by the physics of the world, but sometimes, it feels like he goes where he wants. Each pinball section feels like its own slice of a bigger pinball table, and you're constantly collecting fruit (the in game currency) by hitting bumpers and flipping switches while in them.

There are some frustrating aspects, however. The worst part of the pinball sections involve the exploding slugs. When attached to your ball, the slugs blow up special rocks. After a short period of time, the slugs will explode on your ball. The only way to get a slug to appear is to hit their nest but you only get one per nest hit. This makes the margin of error for hitting the nest, grabbing a slug and destroying the rocks rather high. Thankfully, there were only a few sections like this and they were over in less than five minutes. Believe it or not, the pinball does not make Yoku's Island Express a hit; instead it is the world you bounce around. 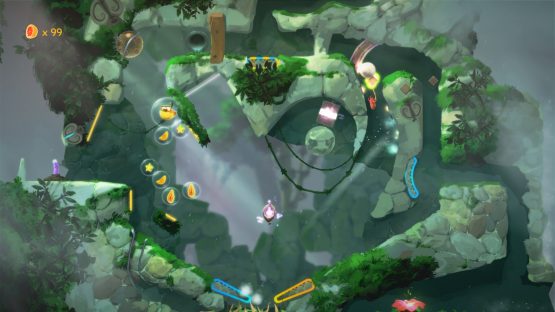 The gameplay trailers of Yoku's Island Express emphasized the pinball elements, but it is the Metroidvania styled word that shines. Constantly unlocking new abilities for Yoku to traverse the huge open world, as well as unlocking access to new routes and side quests, is incredibly enjoyable.

Every time Yoku gets a new power-up, there was someplace I'd passed where I would be able to use it. Backtracking does not feel like a chore in this game because the rewards you receive from these secret paths are almost always satisfying. While occasionally only getting fruit, the paths often unlocked new ball colors or a new side quest.

Some of the puzzles require a true understanding of the game's physics to solve. For example, one treasure chest is above Yoku and well out of his reach. To get there, I had to get a slug, drop down near the chest and angle the slug so that the explosion sent me there. The chest awarded a new ball color and was one of many rewarding moments in the game.

I found Yoku's Island Express is a rewarding experience in every sense. There is constant positive reinforcement for trying something new. Donkey Kong Country fans will especially enjoy the fast travel system. Yoku being blasted through the air in barrels brings about a wonderful feeling of nostalgia.

R.A.G.E. Works fans of my work know that I love pinball; I cannot stress that enough. I feel that Yoku's Island Express was made for me, but not for the pinball enthusiast. If you only play pinball, you might be overwhelmed by the giant world and having to backtrack after getting a new ability. This is a platformer first with pinball elements, not the other way around like Sonic Spinball. If you are a fan of mascot platformers or Metroidvania games, Yoku's Island Express is well worth the $20 price tag.