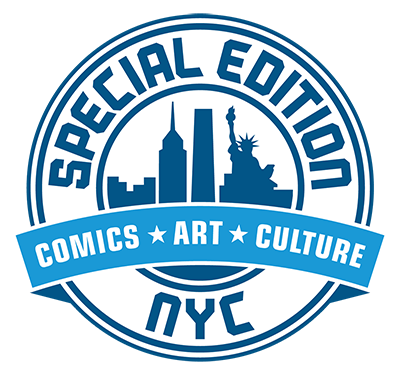 Comics, art and geek culture took center stage this weekend as Special Edition: NY roared into Pier 94. Marvel lead things off with their panel that not only showcased upcoming titles and collaborations but also shed some light on the future of the Marvel Universe post-Secret Wars.

One of the big stories to come out of the panel was the announcement from Brian Michael Bendis that he would be working on an all-new Iron Man series aptly titled Invincible Iron Man. It should come as no shock that with the new series comes a new shiny suit for Tony. This brand new armor “can take the properties of any of Iron Man's previous suits” according to Bendis. So in short, this armor is the swiss army knife of armors. I am curious to see how that works when something like a Hulkbuster configuration is needed. He also stated that there would be more to the revelation that Tony Stark was adopted and that one of the big arcs is learning who his real parents are. There is a lot to look forward to this fall.

The show floor was vast and the Artist Alley was huge, which was great to see as many artists got to showcase their work and make new fans at the event. I personally got to catch up with Steiner Palomino who I met way back at NYCC & Anime Festival and Dan Khanna who does some of the best Transformers art in the game. I picked up this awesome Dinobot print from Dan because…Dinobots!

There was another big highlight from Special Edition: NYC and it was all the great cosplay on display, which you can check out here.

The Black Widow flash mob did a great job in bringing together the various Black Widow cosplayers as fans want to see more Black Widow from Marvel on a bigger scale and the ladies involved did an amazing job bringing attention to that issue.

I'd like to thank all the great cosplayers for allowing us to photograph them and share their work with our readers. Which was your favorite cosplay? Let's hear it in the comments.