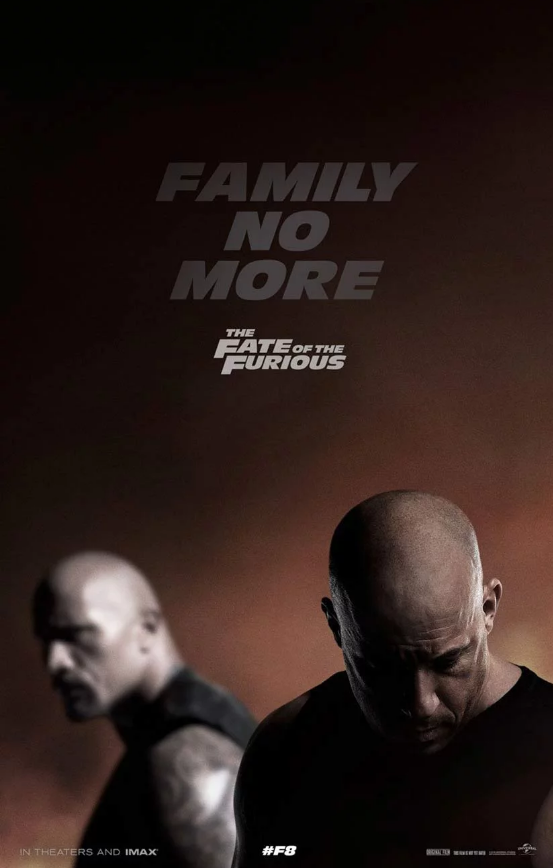 When a mysterious woman seduces Dom into the world of terrorism and a betrayal of those closest to him, the crew face trials that will test them as never before. -via IMDB

We've made it through seven Fast & Furious films and it's time to breakdown the 8th installment. Let's start off with the obvious which, of course, is Dom turning on the team. We've seen it in a bunch of trailers so we all knew it was coming, but many were wondering what the catalyst was, which is…(you didn't think I'd give that away would you?) Let's get into the story and the cast, who for the most part were all the characters from the previous films with some small additions. Kurt Russell's Mr. Nobody was back along his new protege “Little Nobody” played by Scott Eastwood. We also have Jason Statham's Deckard Shaw in the mix, plus Nathalie Emmanuel's Ramsey is back as part of the family. There are some other characters you'll recognize but I won't spoil those reveals.

Our big bad for this film was Charlize Theron's Cipher, who while being a super hacker and terrorist had some rather subpar agendas beyond being a pain the ass for Dom and his team. While it was refreshing to see a female villain, her character was a bit one-dimensional minus a few marquee moments. Her moments with Dom were her best while everything else was pretty formulaic bad guy fare.

Toretto's turn on the team led to them racing across the globe with a bunch of cool toys at their disposal. We've come a long way from the car porn from the past films and thrown in are some of the most over the top action sequences I've seen in some time. There were multiple instances of me saying “Are you serious?” and that pretty much sums up the exact wording I used for the film's final act (plus some expletives) that made me realize that the writers just spin a roulette wheel of action sequences and run with them.

The story won't win any awards that's for damn sure, but I will admit they tied a lot of old plot points together to create a semi-cohesive story and established a direction for the franchise post-Paul Walker. This film has truly embraced the absurd and there is no turning back. Did we need the eighth film after Walker's passing? I will honestly say we did not even with me liking this movie, but when it easily clears $100 million in its opening weekend, all thoughts on winding the series down go out the damn window.

Vin Diesel has said that this is the start of a new trilogy and with the new additions to the cast plus a clear story established for future films, it sets the stage for a lot of $$$ heading Universal's way.

If you're a hardcore Fast & Furious fan, it's worth a trip to the theater to enjoy the spectacle but it's not a mandatory visit. Next film, let's see Dom and his family head to space! Dodge Challenger moon rover? You heard it here first.