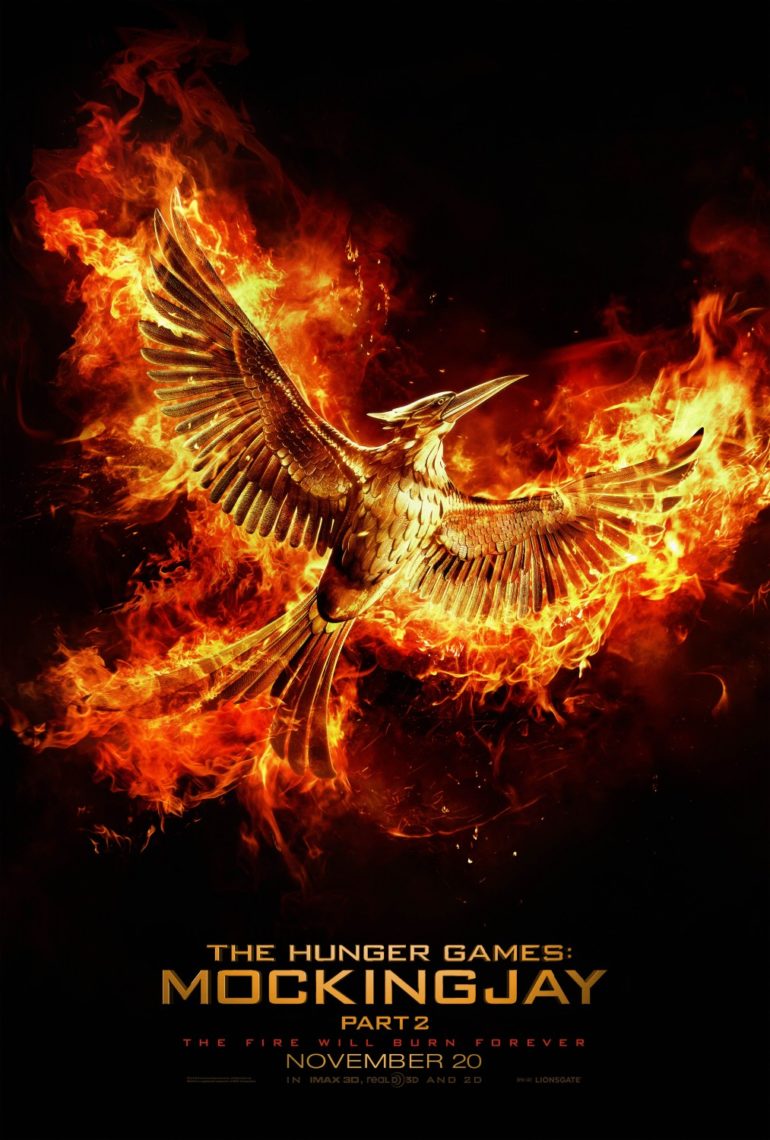 As the war of Panem escalates to the destruction of other districts by the Capitol, Katniss Everdeen, the reluctant leader of the rebellion, must bring together an army against President Snow, while all she holds dear hangs in the balance.

Theatrical Trailer for The Hunger Games: Mockingjay – Part 2 on TrailerAddict.

After reading a book series, I always go into these movie adaptations expecting drastic changes in the story for the sake of the film. Luckily, The Hunger Games series stays pretty close to the source material and delivers a pretty decent movie in the process.

The final chapter in The Hunger Games series, Mockingjay Part 2 gives us the meat and potatoes of the rebellion that started in Part 1. However, I honestly would have like some more meat and less potato. At times, it felt that there was much more sitting around with crazy-not crazy Peeta then getting through the Capitol and the pods. The movie picks up right where Part 1 left off, with Katniss nursing her injury inflicted by a brainwashed Peeta. Then we dive into her plan to be the one to kill President Snow (Sutherland), going against President Coin's wishes to stay out of it (which she later changes to “oh, just let her go”). Once Katniss leaves District 13 on her quest, she is quickly thrown into a new squad, lying and saying she was on a special mission to make it to the mansion and kill Snow. Together with Boggs, Gale, Finnick, Pollux, Castor, Cressida, Jackson and the Leeg sisters, they weave through the dangers placed before them by Snow in the Capitol. Then, Coin throws Peeta into the mix (still working on that being not-crazy part). The best scenes in this movie were the few where these characters were all together navigating through muttations and other dangers. Sadly, there are not enough in my opinion. Most of the characters in this movie have barely any speaking time, being reduced to a few lines. Not to mention, most of the deaths are just washed away with not even a ripple of emotion. (Oh, he's/she's dead, moving on.) The only emotion we get is from the Avox with no tongue.

While I understand the need to keep the rebellion story flowing, the love triangle fell by the wayside as well, with Gale being pretty much insignificant. Not that I am saying to make it prevalent throughout, but it was a part of the story, and it was wrapped up neatly in a bow real quick.

My biggest complaint is that I felt the gut-wrenching parts in the book were seriously mishandled in the movie, as they were barely an afterthought. These necessary scenes should have been written to gauge Lawrence's full range of emotion and they were not, which is a shame, as they were very crucial to the end of the story. I fully expected myself to need plenty of tissues, much like when Rue died, but that just didn't happen (and I cry for everything – seriously).

I definitely feel the movie sprinted to the finish line, losing some important ground in the end, but, it was still a decently satisfying finale.

Overall, if you are a fan of The Hunger Games series, there is no doubt that you should finish out the story on the big screen. Jennifer Lawrence successfully completed her task to bring Katniss Everdeen to life, showing she can carry a series like this. Mockingjay Part 2 was clearly not the strongest of the four films, but I suppose that happens sometimes when you have to split up a novel and people have to remember what occurred in the first half.