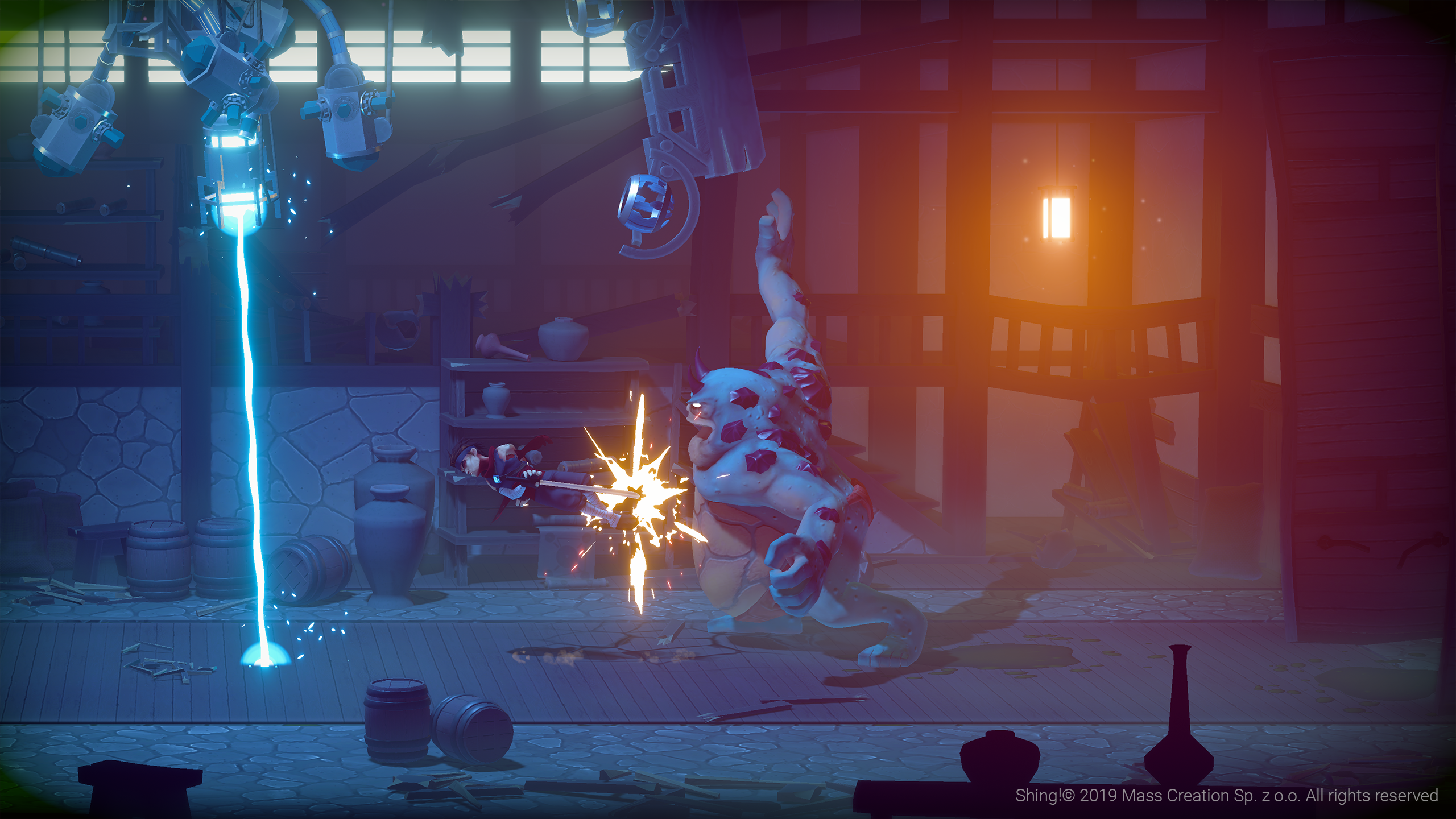 Shing! was announced as having a summer release at the end of June. Mass Creation is hoping to make a brand-new brawler experience. By implementing control schemes new to the genre and addressing limitations, they want to do two things. First, they want to make an exciting game with depth and fun that players can enjoy alone or with friends. At the same time, they want to make a game that veterans and newcomers alike can play together without a huge learning curve. Their new dev diary explains it and it looks like we may have a winner. Looks like we will find out on August 28, 2020.

Shing! Made by Gamers for Gamers

In the dev diary, we see the devs playing several classic beat-em ups. Without naming any games, they explain the pros and cons of the genre. The goal of their title is to try and eliminate those and make something players will love.

To pull off a modern look and feel while staying true to classic beat 'em up style, the Shing! team worked to strike the best balance between complexity and accessibility. The result is a unique control style designed around the right analog stick, making it a breeze to pull off angled slices, counters, aerials and more in fast-paced combat. Your band of wisecracking warriors each has their own strengths, and you can swap between them in an instant in a rich 2D world brought to life with colorful 3D artwork. Look forward to Shing! August 28th on PC, PS4 and Nintendo Switch. Visit the official website for more information.