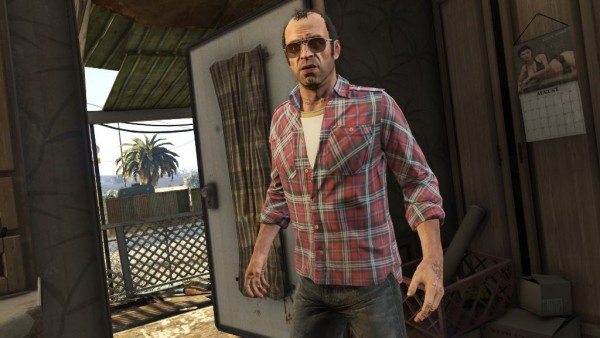 Even if you live under a rock, odds are that you know about the Grand Theft Auto V launch on PlayStation 4 and Xbox One next week. You know that the game will be bigger, badder and more beautiful than ever. What you may not know is what exactly to expect from the relaunch. This is where R.A.G.E. Works has you covered.

Let’s start with the picture that had me scratching my head last week, the mugshots. I wondered what the hell that was about. Whether you are playing the main game or are online, if you get busted, you lose some cash, spawn at the nearest precinct and go about your business. There is no “going to jail.” Rockstar spilled the beans today and let us know that the mughsot screen is the new enhancement to character creator. Instead of selecting two parents to randomly generate your criminal based on in-game genetics, you now will customize your look properly similar to how you would in other games. Somehow, people were able to make characters that looked kind of like themselves before but players will have much more control with this new tool. I think it will go a long way for making people remember “that nut that ran me over in Vinewood.” Expect to see people get really creative with this.

Grand Theft Auto V's Online mode offered competitive races and deathmatches allowing for up to sixteen players in its original version. Come Tuesday, the ante is upped as thirty people can now go head to head on any given mode. Arm wrestling, tennis, shooting range challenges and darts will still be limited to two people, because, thirty would just be weird. Your freemode lobby will also allow you to annoy twenty-nine other people as you snipe them from atop the airport, giggling like a maniac. Oh, I can hear the eight year olds cussing me out now.

With the good comes the bad and you can most likely expect rampant hacking to be an issue but Rockstar implores players to continue to report game bugs, natural or otherwise, to Rockstar Support. Both the PlayStation 4 and Xbox One let you record your gameplay, so providing evidence of hacking will be easier than ever. Even though the new version does not officially release until Tuesday, Rockstar is releasing a title update this Monday to provide the most stable environment for players possible. The update will be for all four consoles and will download automatically as long as you are connected to the internet. If there are any issues with Online mode, please email GTAOnline@rockstargames.com, the official player feedback inbox. Grand Theft Auto V was fantastic on the PS3 and Xbox 360 and Rockstar wants to improve on that with the new consoles.

A wise piece of mold once said that idle hands spend time at the genitals, so Rockstar made sure that players have something to do when not bringing the wrath of the LCPD or military forces of Fort Zancudo down on yourself. Creating deathmatches, races and otherwise unsafe playgrounds has become an art form in the world of Grand Theft Auto V. Rockstar reports that to date, over ten million original jobs have been created online worldwide. That number can only continue to grow now that creation capabilities have expanded exponentially, allowing for crazier prop placement. Land races in the sky have been seen online and the madness will only increase in the future.

Oh yeah, and Rockstar says that Heist Mode is still coming (for all versions of the game), but we veterans of the game know that is just a funny joke like Duke Nukem Forever and Final Fantasy 13 Versus, right?