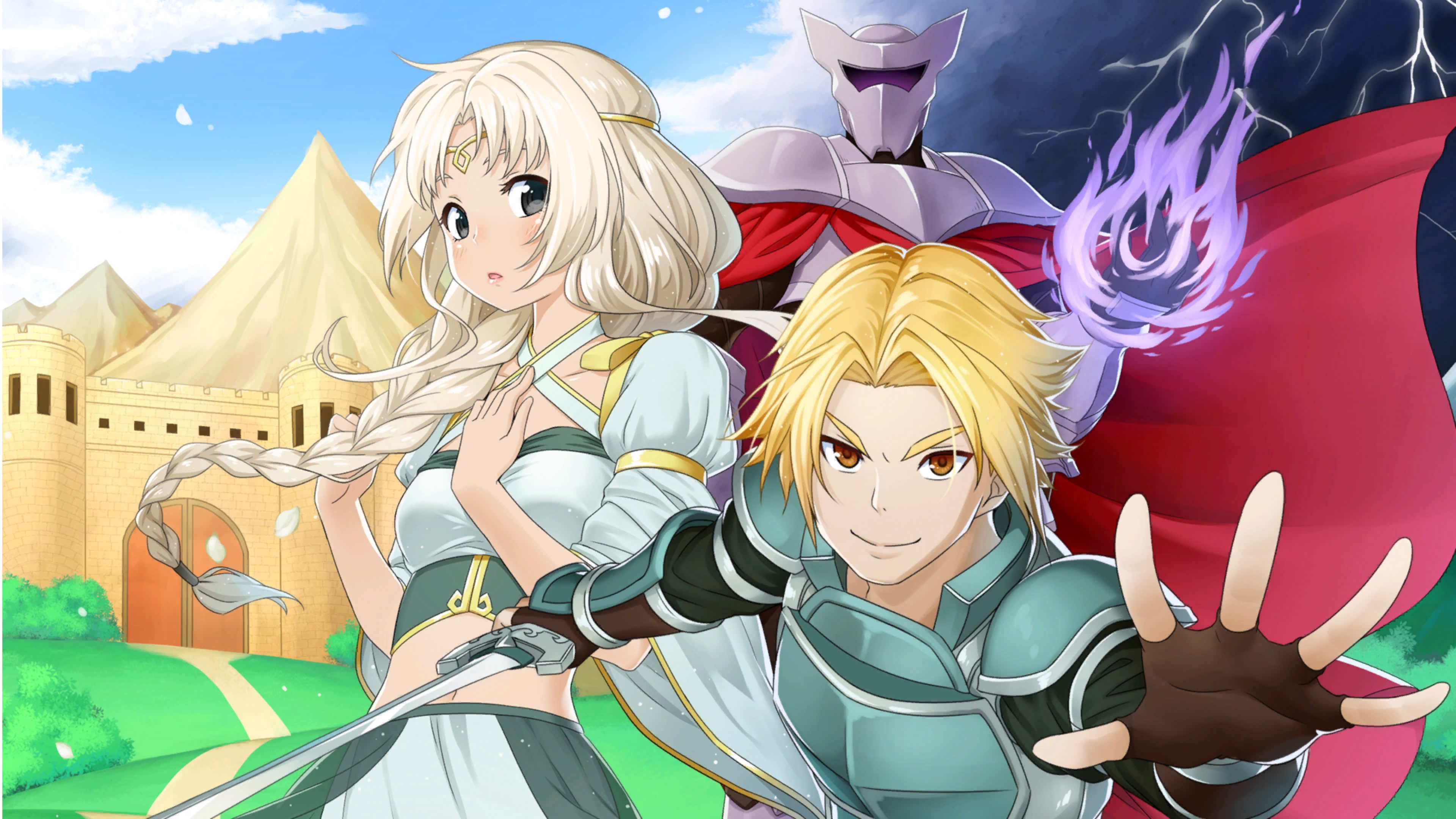 Aggelos will feel very familiar to anyone who played games in the 80s and 90s or who likes said games. The side-scrolling adventure formula produced scores of hit games over the years. Today we look at a pure throwback to that era and see if it does justice to its predecessors. If games like Ghouls n Ghosts, Metroid, Castlevania and Goonies II are your idea of fun, you will want to read on.

Birth of a New Legend

Aggelos has a straightforward story that feels like a remix of classic NES titles. Instead of waiting for the end of the game, you rescue a princess named Lys shortly after starting. Lys is the daughter of King Gentel who rules the kingdom peacefully. She had been kidnapped by a villain named Valion that threatens to destroy the world of light you all live in. Gentel's love for his daughter has facilitated this fate. He gave Valion the key to the kingdom in order to guarantee her safety.

The king's seer foretold of both the calamity and your arrival. He can see that you are the only individual other than Valion that can assimilate the essences of the four elements. King Gentel asks for your help in saving the land from Valion and you of course accept. All of this takes place within the first ten minutes or so of gameplay. The easy part is over and the adventure of Aggelos will challenge your skills from here on.

It's Dangerous to Go Alone

Whenever you see a game (worth its salt) where you have hearts as a health meter, you are gonna get beat up. Aggelos continues that long-standing tradition of challenging gameplay. Fortunately, there are many save points dotted throughout the game, unlike many titles it borrows from. Every time you see a save pillar (which also restores your health) you should use it. Giant bosses like the one above await, but getting to them is no picnic. Regular monsters are more than capable of introducing you to the ‘game over' screen.

Save it for Later

From the start of the game, you will find areas inaccessible to you. Progression through the land will reward you with new powers and movement abilities. Backtracking is a huge part of Aggelos so keep that in mind if you don't care for that in games. Before you even meet King Gentel, you will see large stones that your sword can destroy. Your path to the castle is blocked by stones underfoot you cannot slash until you learn a new move. Whenever you feel stuck, it is likely because of something like this. Talking to NPCs often gives clues on how to proceed. Aggelos seems simple at a glance being that you just jump and slash. Once you pick it up, you will discover its intricacies and see the true depth of the gameplay.

Aggelos is not pushing the processing power of any system you play it on – and that is fine. Despite the 16-bit look of the graphics, the game feels much more like something from the 8-bit era. The music is not chiptune but feels reminiscent of games like the original Final Fantasy and Legend of Zelda. The goofy faces of monsters that will beat the crap out of you reminds me of classic Mega Man games. The art style is clearly meant to draw these feelings from the seasoned gamer. The nostalgia factor along with solid gameplay) makes you want to not put the title down.

Final Verdict on Aggelos: Save or Delete?

Summer is notorious for being a dry spell for gaming. Despite that being less the case the past few years, it still does not compare to the other quarters of the year. Aggelos definitely helps quench that thirst with gameplay as heated as the triple-digit temperatures we had this year. You will find yourself running back to save pillars often, especially on hard. Even a single, regular enemy can send you home crying if you misstep or miscalculate your attack strength. Only the hardest of the hardcore are playing through without dying a lot).

Who is Aggelos For?

Aggelos is not an easy game and trophy hunters will be able to proudly display the platinum should they complete it. There actually is a trophy for completing the game without dying and that will require a lot of restarts for most. YouTubers that post speedruns will definitely want to tackle this title and stream it. The fact that all monsters respawn if you leave a screen and come back makes for some colorful commentary. The only people I would not recommend this game to are those looking for a casual, mess-around title. While very enjoyable, Aggelos has that frustrate factor. By that, I mean you will find yourself repeating areas a lot until you get things just right. For $14.99, you will definitely get your money's worth.

Aggelos
A Diamond in the Rough
Aggelos is great. Were this to come out in the 80s or 90s, it would have been a AAA game. We see a lot of retro-style titles these days and many of them are good. Aggelos stands above most and makes this summer even hotter.
4
Believe the Legend