Archer is hands down one of the funniest shows on television and only an uncharismatic bore would try to tell you otherwise. As the ISIS crew enter their fourth season of sheer madness tonight at 10 P.M. on FX, we take a look back at the man, the myth, the moron, in the hysterical third season that took the show to a whole new level. Fans were a bit put off by the short regular season, but thankfully this release captures all thirteen episodes including the “Heart of Archness” trilogy that threw me the hell off for episode numbering. I spent a good half a year trying to figure out whether those episodes were part of season two or three. I don’t feel at all stupid about that because Sterling still cannot figure out the proper way to pronounce “valet,” or that some things just do not translate into other languages.

This elevator is slower than Florida voting results.

EXTRAORDINARY RENDITION! Season three of Archer picks up right where season two ended with the special “Heart of Archness” trilogy. Archer’s life as a pirate king does not go as smoothly as he thought it would and he finds himself back in the world of espionage and office antics. We get some real insight on just how deeply disturbed Archer’s psyche is as he receives therapy from Burt Reynolds and his brand new birthday car is stolen. . . by his mother, the person that gave it to him in the first place. Archer (maybe) learns to think of others as he saves an ocelot from a speeding train and saves his team from a slow death in space. The “world’s greatest secret agent” (thought that was Danger Mouse) might finally grow up this season; stranger things have happened but I would not recommend holding your breath.

Can't decide which is cooler, the loader or the tracksuit.

DOMO ARIGATO, ARCHER ROBOTO Believe it or not, Archer, which looks great on the FX network in HD, looks even better on blu-ray. A show which looks like it could either be flash animation or hand drawn is actually completely done in CGI. Floyd County Productions puts the time and care into making Archer that your momma puts into Thanksgiving dinner and it shows. Full 1080p and widescreen 1:78:1 aspect ratio make this a joy to watch again and again. Not all TV shows get the respect they deserve on a home video release, so it is great to see that the extra polish is put in whenever Archer hits store shelves. EDITOR’S NOTE: We would show you better screen caps to illustrate how good this looks on blu-ray, but HDCP makes that rather difficult. All screen grabs are from the TV airing.

You can't live much larger than this.

YES, MY ASS IS EVERYWHERE The production value of these two discs is kept just as high when it comes to the audio. While the audio is only available in English, I am going to be just as much of a jerk as Archer and say “if you don’t speak English, then go back to Canada.” Said audio is mastered in DTS-HD 5.1 surround, so any setup you have that is at least a decent sound bar is going to sound great. Considering the broad range of strange locales that Archer visits, there is plenty to hear from tigers to space shuttles to “sharks getting shot in the frikkin’ face!” Of course, it will all still sound fine on basic TV speakers, but I see no sense in treating your ears the way Archer treats Woodhouse.

You are going to want to go and wash your lips.

WHO WANTS CHICKEN & WAFFLES? The Archer crew never shorts the fans and this release will be no different. Starting off with a menu that could be a gag reel in and of itself, season three is rich with special features. Season mode might not sound like much of a “special” feature, but too many discs still do not save your place if you have to stop or turn off your player. This one even saves your place if you remove the disc. The subtitles are also on point in English, French and Spanish which sadly, is also not common amongst all discs. In the actual special features menu, we find the Heart of Archness Trilogy Enhanced, which is the first three episodes of the season merged into a single feature presentation. The way they did it, Fox Home Video could have released it as an Archer movie, but that would be the kind of smack in the face that some other shows do (looking at you, Family Guy). We are then treated to some hysterical animated shorts, including the promo from the 2012 Comic Con. The “Book on Tape Fail” spot could only have been performed by Sterling and the “Cooking with Archer” feature teaches us how to make Archer’s second favorite breakfast after Bloody Marys, aka “Eggs Woodhouse.” Not too sure how successful fans will be in reproducing that one. The Gator 2 trailer links back to “The Man From Jupiter” episode. Last, but not least, there is commentary on select episodes which I am rarely a fan of. I will check it out at some point. Regardless, expect to get your money’s worth when you dip into the extras here.

Only Barry can rock this tracksuit, right Other Barry?

Fans of Archer must own this; fans of comedy must own this. Unless you completely lack humor in your soul, or don’t collect movies, or you are Amish, you should probably own this  along with the other two seasons. I have been a fan of comedy since my childhood and Archer is one of the purest forms of the laugh out loud variety. Besides that, most of us work and if you have ever experienced any of the following: idiot co-workers, idiot bosses, sexual tension or HR nightmares, then you can probably relate to half the stuff that goes on in Archer.  This is easily the first must-have home release of 2013. 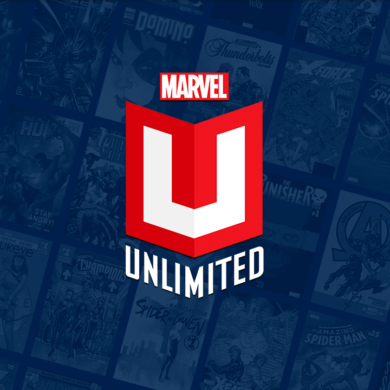