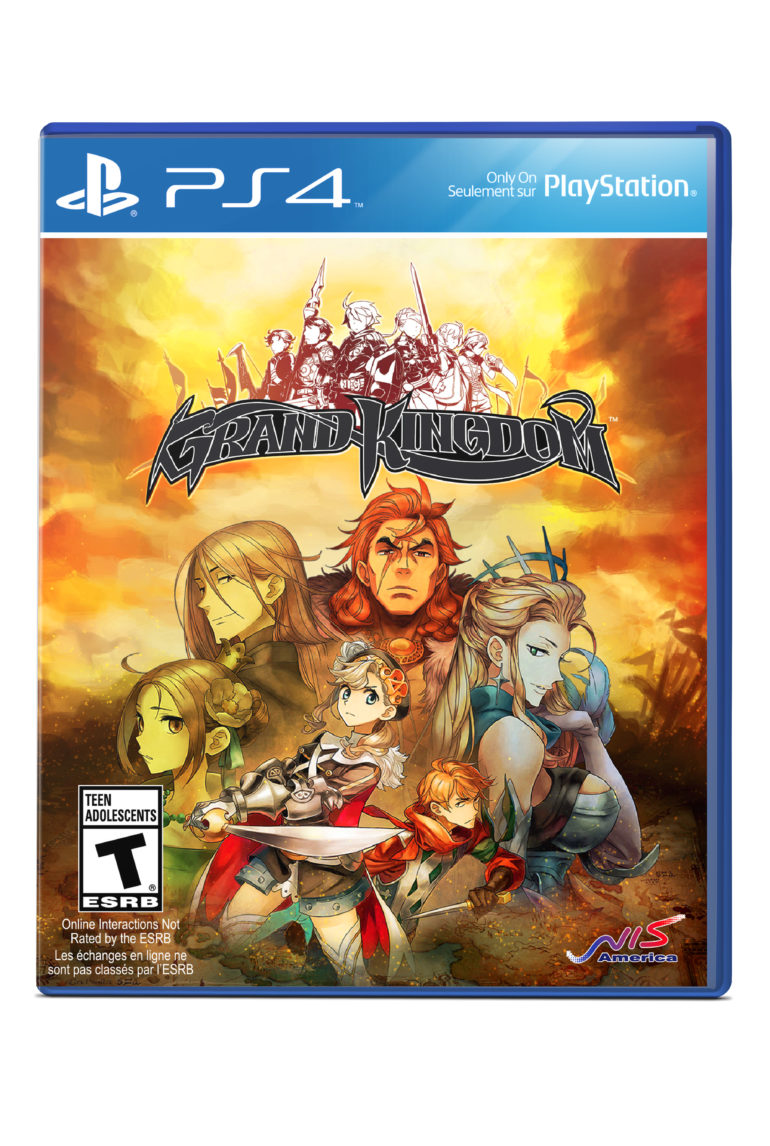 Grand Kingdom has finally arrived to further one of the biggest years for RPGs in recent memory. 2016 will introduce the world to the fifteenth main installment in the Final Fantasy series featuring high-end graphics and whatever the latest version active battle system they choose to employ. While I am sure that will be wonderful, there are basic styles of RPG play that have aged rather well. What we have seen thus far of Grand Kingdom seems to take from earlier styles while putting its own spin on it. It is time to determine if that is worth your time and money. Hopefully this game will keep us entertained through the summer.

GUILD WARS? The Uldein Empire has fallen and war rages throughout the land. Four independent nations vye for dominance over one another. You lead a band of mercenaries that stands out in a world full of such men. After subduing a rival band, you are invited to join the mercenary guild. After earning your membership, you are able to support any of the four nations: Landerth, Fiel, Magion or Valkyr. There is no benefit of one over the other and the story is essentially the same. The nation you choose simply determines the perspective from which you will experience the narrative.

The story is a bit of a throwaway because of how things are setup. The fact that the main campaign is meant to allow you to take your party online also hurts the story a bit. The war is never ending and there is no great consequence to your actions at the end. Flint and Lillia provide enjoyable banter, but the story overall is the game's weak point.

ALL I DO IS WIN Your mercenary group is meant to stand out amongst the guild and on the battlefield (until you go online anyway). The game gives you more than ample tools to emerge victorious from any and every battle. With seventeen unit classes to choose from there are countless combinations of four-member troop combinations for you to create. Think of Final Fantasy Tactics in terms of battle prep. You choose your troop from available mercs you can hire. Equip them appropriately and then go on a modified chessboard. I say modified because you really are trying to get from point A to B and you strategically choose who you fight or avoid.

When encountering enemies, you face opposing human forces, animals or monsters. There is always a leader that you should take out first (unless it is a lone enemy). Doing so lowers the defense and attack frequency of the remaining units. The battlefield itself may become a tool for or against your party. Barriers may block your enemies from getting to your units but that can work against you as well. Traps can harm you and ramparts can protect archers while allowing them to attack enemies. This just scratches the surface of what is available on Grand Kingdom battlefields. You need to pick this game up and experience it for yourself because an entire article could be written on just the battle system.

BATTLE HYMN The graphics of Grand Kingdom would need to be considered just above average. There is a great amount of detail to the visuals. There is also no difference between cutscene and gameplay visuals. This is always a positive. My only minor gripe is that you kind of expect more visually from a PS4 game. I am not trying to say that the graphics are bad, especially with some fantastic monster designs. The thing is that this is a brand new IP that debuted on PS4 and Vita. The original Japanese release was in November of 2015. It is somewhat disappointing that recent remakes Odin Sphere Leifthrasir and Valkyria Chronicles Remastered (from PS2 and PS3 respectively) have visuals as good or better than this game.

The graphics may not be as ‘grand' as expected in the kingdom, but the audio is fantastic. From the moment the opening cinematic begins you are treated to some excellently composed music. Fair warning for your ears though, this game is serious with its sound; you might wanna lower your volume, especially if playing late at night. Aside from a great score of original music made for the game, the voice over work is solid. RPGs especially have a habit of having really annoying characters. Lillia is a bit of a killjoy and is annoying to Flint, but both of them provide comic relief for one another. There is also the option the original Japanese audio as well, accompanied by subtitles. If you have a good home theater, soundbar or even headset, Grand Kingdom will not disappoint in this department.

UNCERTAINTY PRINCIPLE All the benefits the game gives you are also given to everyone else playing. When it comes to online play, everything boils down to strategy. There is no who is faster because things are still turn-based. You also have the option of simulated battles where you send your troops out and wait for the result or controlling them where you will actually pit your tactics against other players when encountered. This is not a mandatory part of the overall game, but it is a good way to test your mettle and get extra loot. Honestly it is going to boil down to how you feel about PvP. Old school players will probably want to remain offline while those who are into MMO or just have that competitive spirit will want to conquer as many as possible.

Grand Kingdom is one of several RPGs I looked forward to this year and it has delivered for the most part. I may have come down on the graphics a bit but that was something I knew about coming into this. The gameplay is varied and has a bit of a learning curve. Depending upon which unit type you are using, there is more than just select your target and press X. Some attacks have a range and you have to consider it to avoid hurting teammates. Archers have to aim with a system similar to older NBA games. That part I do not entirely care for but the battle system is mostly enjoyed because I feel that it addresses many minute details an RPG fan like myself has always wanted more control over. The online, for me, is a throwaway. It is not bad or anything spectacular. It is just there. RPG fans should definitely pick this title up. If you are someone that uses public transportation a lot then you may want to get this for PS Vita instead. It is definitely an enjoyable way to spend your commute.