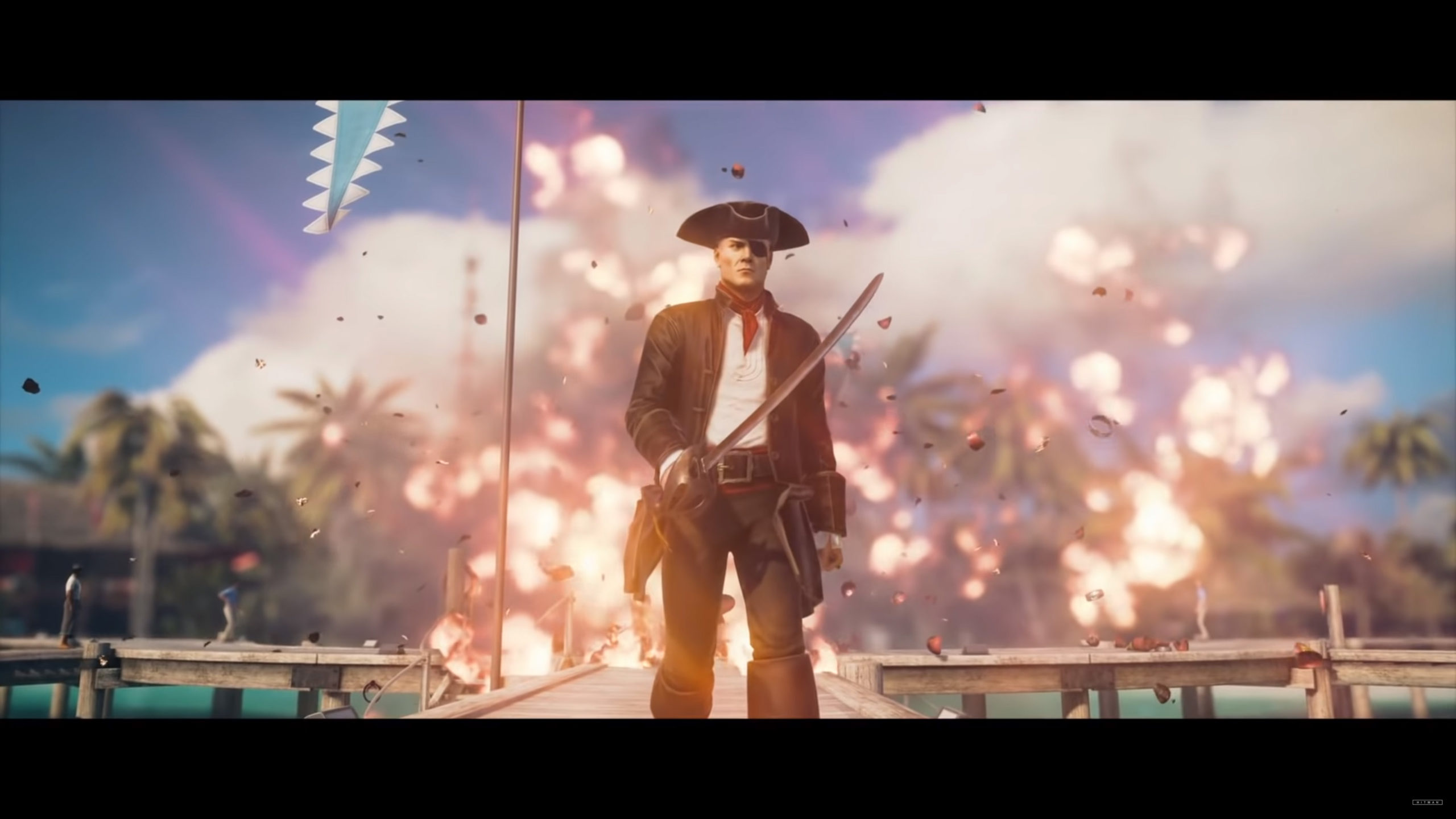 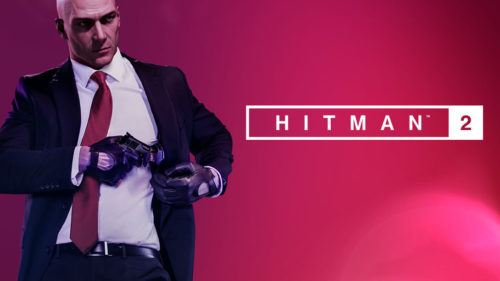 HITMAN 2 – The World of Assassination Continues To Grow

In 2016, IO Interactive released HITMAN, a reboot to the saga of Agent 47. Structured as an episodic release, it took seven months for the entire story to be released. Some liked that model and some did not. The developers decided to go back to a full (main) release for the sequel. On November 13th, 2018, HITMAN 2 launched. Six (main) story missions continued the story that previously concluded in Hokkaido, Japan. One year later, much like the first installment, the game has evolved into much more. Here I will delve into how the game has changed and let you know if it is worth your time.

Right Where We Left Off

Following the Situs Inversus mission, Diana Burnwood encounters a man known as The Constant. As the leader of Providence, he is the main head of the hydra-like agency she and 47 have been trying to slay. He proposes that they focus their efforts on a common enemy, the “Shadow Client” that has been pulling ICA's strings. Diana reluctantly accepts his offer for two reasons. First, he claims to have information regarding Agent 47's past. More importantly, she is faced with a strange man she knows nothing about who knows everything about her. It was in her best health interests to do what he said.

The hunt for the Shadow Client continues across new world locales. Neither 47 nor Diana know the truth of the individual they seek. How that revelation will play against their alliance with Providence is yet to be seen. All we know is that they will need every skill they possess and then some to survive.

The Expansion of Horizons

Without spoiling, know that the story of HITMAN 2 continues past the conclusion of the above plot. Two extra story missions are part of the expansion pass. Respectively, they will take 47 to New York City and then The Maldives. The rabbit hole is deep; you will want to see where it goes if you have played the main game. The story told in the expansion pass will directly link to the events of HITMAN 3.

Around the World in 47 Days

As an operative of the ICA, 47 has a job that takes him all over the planet. You travel from New Zealand to the United States and beyond. HITMAN 2 features six new sandboxes in the main story. The new tutorial location, Hawke's Bay, really assumes you have played the first game. There is no hand-holding, hiding spots are limited and there are plenty of armed guards. Game mechanics have been tweaked for everything from aiming and stealth to how NPCs (especially guards) react to you. I have heard plenty of complaints (and praise) about the changes. The bottom line is to be like 47 and adapt. A lot of players have developed methods never intended by IO. Some of these methods that worked in HITMAN do not work in HITMAN 2. This is merely a challenge to develop new methods.

HITMAN 2 gives players plenty to do aside from taking out the main targets. The main story alone gives you near-limitless ways to take out your targets. Contracts mode lets you create new targets within existing maps and modify the conditions for mission completion. You can upload these contracts and play the creations of others. IO implemented a monthly contest where ten “Featured Contracts” are chosen based upon a theme. Escalation Contracts challenge you to take out the same target(s) multiple times with increasing difficulty. Elusive Targets return, as did Sean Bean as his character “The Undying” lived up to his name. If all of that is not enough, remember that there is the Legacy Pack which contains all of the first HITMAN game with all of the above modes. There is always plenty to do in HITMAN 2.

If you prefer a more hands-off approach, HITMAN 2 has Sniper Assassin mode. The main game has a map in Himmelstein, Austria. The Expansion Pass offers two additional maps: first in Hantu Port, Singapore and the other in a Siberian prison. All three give you the option to go it alone as 47 or play co-op as two ICA agents. No garrotte wire, no drowning or poison. This mode puts your sniper skills to the test as you must kill and hide targets. Every shot counts and you will need to polish your skills to get the best score. If you choose to play co-op, make sure your partner is up to the task.

Ghost Mode was born from the HITMAN community. I used to watch players double-stream the same map and see who could get the best time and score. IO took that a step further and made a competitive mode where two players exist on the same map. They have the same target but experience different things. If one 47 is strangling the target, the other sees that person still walking. NPCs will react to either body, but guards will only come after that corpse's killer (if noticed). The first to five points wins but there is much more to it:

Currently, Ghost Mode has two locations: Miami and Santa Fortuna. The community has asked for more to be opened up, but that remains to be seen. This might be the most challenging mode because you face the unpredictability and expertise of your peers.

The Beauty of the Barcode

Anyone that played through the first season can clearly see an improvement in the visuals with HITMAN 2, albeit slight. Color is more vibrant and the dynamic lighting is quite improved. Seeing Legacy Pack locations like Paris and Sapienza are treats for the eyes. The HITMAN 2 engine does its best to outshine its predecessor and that is not an easy task. One thing both engines have in common are glitches. It seems like in both games, every time IO fixed one glitch, two or three more would pop up. To the credit of the dev team, they work very hard to ensure each monthly update improves the experience. Unlike some games, nothing stays broken for too long in HITMAN 2.

A Mixed Bag of Music

Longtime Hitman fans have practically been calling for the head of Niels Bye Nielsen since 2016. It is not that he did a poor job on either of the last two games, quite the contrary. A lot of people have just been clamoring for the return of Jesper Kyd to the series. The truth is that Nielsen has composed an excellent soundtrack for HITMAN 2. The Isle of Sgáil piece is particularly noteworthy. You can check out the soundtrack on places like YouTube, but until you experience it while playing, you have not heard anything.

Verdict: What Has a Year Done for HITMAN 2?

HITMAN 2 is a solid addition to the '47 collection.' The problem was that after the episodic release of the last game, many burned through the main story. IO knew that would happen and tried to release content each week since the game's launch. The existence of the Legacy Pack made that a little bit easier as a lot of recycled content was released. It may have been remastered in the new engine, but getting Legacy Elusive Targets instead of new ones got old quickly. A year in and we have yet to have an Elusive Target mission in Mumbai. This fan-favorite mission has been a big disappointment in 2019.

Fortunately, the overall content distribution has been (mostly) good. Outside of the main story, things are not taken too serious as 47 unlocks items like a feather duster. Knocking people out with a feather duster (as feathers fly) is ridiculously satisfying. Add random items like a Kane & Lynch outfit and a lethal ‘Batarang,' and the replay value is limitless. Managing the fun factor has gone a long way in keeping the community playing into a new decade.

Take the good and the bad; take them both and there you have a very enjoyable title. I admit to having played less of HITMAN 2 in the past month. It is not due to lack of interest; there are just so many games are coming out right now. The November road map has me excited to head back into the game. I also look forward to what IO has in store for 2020. Hopefully, the announcement of HITMAN 3 comes with more content for HITMAN 2. None of what was released during the past year was bad content. The majority of it was also free, so one cannot complain. The bottom line is that if you like stealth games, there is no better title out there. If you like sandbox games, there are scarce few titles I could recommend above this one. If you just wanna do random stuff for hours without touching an objective, this is the game for you. If for some reason you are still on the fence, get the Starter Pack free and see for yourself.

HITMAN 2
HITMAN 2 has an intriguing story, engaging gameplay and doesn't take itself too seriously. Play your way at your pace; then fly away in a flamingo suit.
4
Is That. . . PITBULL?