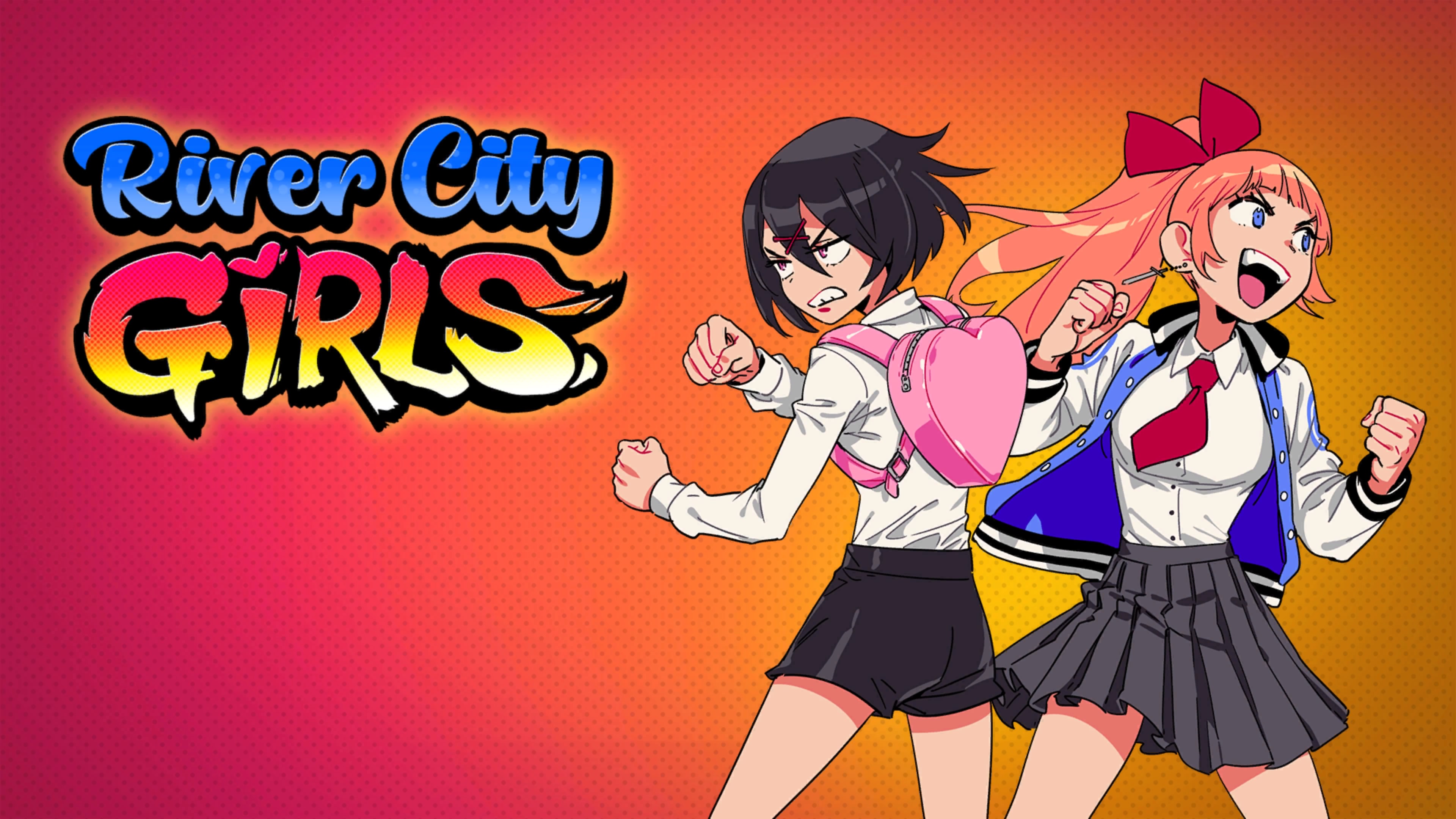 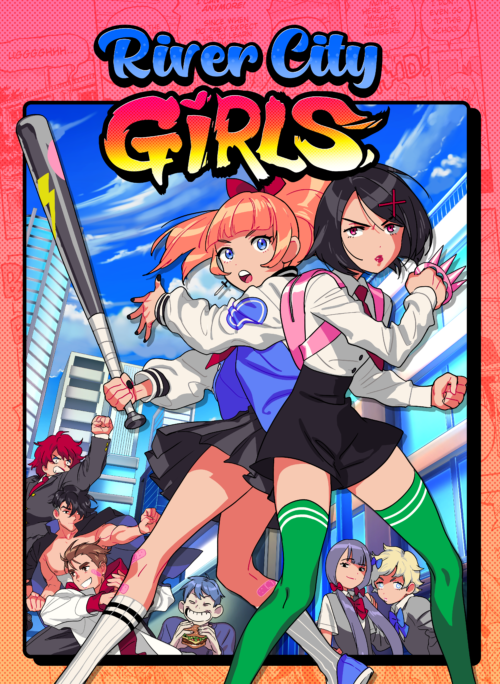 River City Girls is the impossible sequel to River City Ransom, originally known as Downtown Nekketsu Monogatari. Badass high school boys Riki and Kunio cleaned up River City way back in 1989. You might know them as Alex and Ryan if you played on the NES here in the States. The series encompasses classic titles like Double Dragon and Renegade. Even a certain rival group in Scott Pilgrim pays homage to this long-running series. Now we have a new game from Wayforward that focuses on Misako and Kyoko, the girlfriends of the former protagonists. I am going to take on a few tasks here. First I am going to figure out whether this game lives up to its brawler legacy. Next, I will let you, the readers know if you should spend your money on it. Finally, we are going to figure out who kicks more ass in River City – the boys or the girls.

Sisters Are Doing it For Themselves!

River City Girls flips the tables on series protagonists Kunio and Riki. They have been kidnapped! As you might imagine, their girlfriends are none too happy about this. They might seem frail and cute, but Kyoko and Misako are ready to take their boyfriends back. Only makes sense that the guys that cleaned up the city would have ladies that can do the same. There is only one problem: the kidnappers text them the info while they were stuck in detention! Time to bust out of school!

If this seems like the beginning of a cheesy anime, you are on the right track. Story elements are presented in manga form. Bosses are introduced with fully-animated cutscenes. Interactions with other characters are done in an old-school arcade fashion. The result is a simple story that is a whole lot of fun to watch.

I have to wonder what WayForward was thinking, making River City Girls couch co-op only. Every system it has launched on allows for online connectivity and you will want the help. It could be that I play the game on hard, but once the enemies come out in force, it's like Black Friday at Walmart. No matter how good you are, these girls are gonna take a beating. The AI is not terribly smart, but the combat balances out by letting enemies get hits in. Downed enemies get a moment of invincibility as they get up and that is when you can get smacked around. You have unlimited continues but you lose cash when you do so. Money (taken off defeated foes) is used to purchase restoratives, power-up items and new moves. Despite the beat-'em-up nature of the game, there are a lot of RPG elements. This extends gameplay for both the first and subsequent playthroughs.

River City Girls is made to look (and play) like a game out of a coin-op arcade. The opening animation is intentionally flashy. In an arcade with dozens of different machines, the presentation would grab your attention as you walk by. The 16-bit art style gives it that cartridge nostalgia. However, what sets it apart from arcades and 16-bit consoles is performance. The animation is smooth and doesn't slow down when too many enemies are on screen.

The characters are drawn with an anime art style. This makes for some fun confusion as ‘River City' sounds American but looks very Japanese. Kyoko and Misako have rather large hands and feet (a la Chun Li). This makes their hits look more painful along with the exaggerated expressions enemies display when struck. Fortunately, that just encourages you to dish out more p- I mean justice.

The music is a huge surprise and standout of the game. The nearly two-hour-long tracklist ranges from chiptune to instrumental/electronic mixes. By themselves, these selections will keep your head rocking as you punch and kick through enemies. The surprise hits as the vocal stylings of Christina Vee and Megan McDuffee spice things up in certain stages. You'll probably find yourself hanging around certain areas longer to hear your favorite tracks. The only thing I did not like was that if you leave an area and come right back, the track starts over. If you were enjoying one of the mentioned songs, that can be a downer. That is but a minor complaint to a great soundtrack. WayForward has made the full soundtrack available on iTunes for those interested.

Verdict: Will the River City Girls Steal Your Heart?

Every year, we get a handful of retro-style games and there are always a few that really stand out. It is rare that one of the said games is actually connected to an actual retro series. That title is River City Girls – part of a thirty-year history of face-punching action. Hardcore arcade aficionados should pick this up just for the cameos and references peppered throughout this title. The action is completely over the top as you can beat your enemies with everything from yo-yos to the enemies themselves. The music is amazing and the retro graphical style is made to look great on a large screen. Easily, this is one of the best indie titles to drop this year. Not to be missed. The only real sore spot is the lack of online co-op. I would beg WayForward like one of the game's fallen enemies to add that in an update.