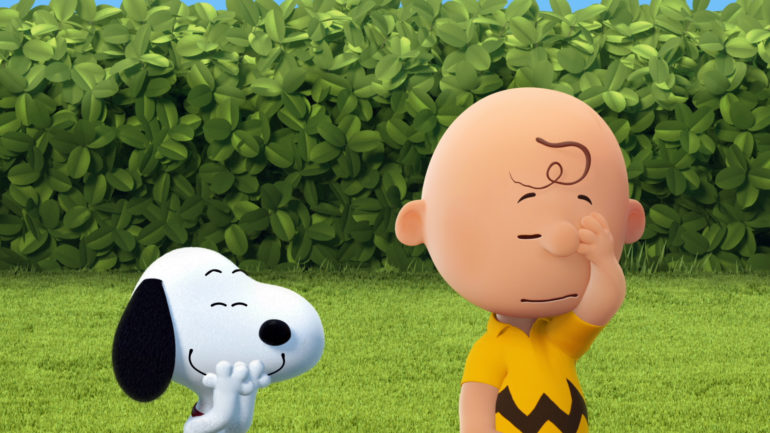 Snoopy's Grand Adventure came out at the beginning of November to tie in with The Peanuts Movie that released that same week. On both fronts this would delight long times fans like myself. It had been a long time since I had seen any new video game adventures from the Peanuts Gang. When I saw the first trailer for this game I fell in love. I know that many probably felt the same. Combining Snoopy and the Peanuts Gang with old school platforming is like Reese's Peanut Butter Cups in gaming. Now that I have finally got my hands on the enigmatic Beagle from the Daisy Hill Puppy Farm, I will break down the experience of his latest adventure.

DREAM, DREAM, DREAM The plot to the game is paper thin but long time fans will not care. Snoopy has gone out on his own countless times on seemingly ridiculous journeys only to have helped his human companions in the long run. As this game begins, the Peanuts Gang ring Charlie Brown's doorbell and they all go out to play. Snoopy is resting atop his doghouse and is left behind. When he wakes up he realizes that everyone is gone and Woodstock points out the trail of jelly beans that our favorite blockhead has left behind. Somewhere in the wild imagination of Snoopy, he thinks that his owner and friends need to be rescued and a dream sequence (aka the game) begins. That is literally the plot to the game but like I said, no one is going to care. We get to control Snoopy and take on his various personae. As the saying goes, you had us at hello. Neither Snoopy nor Woodstock talk, so aside from the opening cinematic, do not expect much dialogue. Just think of it as one of the old school games before compressed audio in games was a thing and you will be fine.

“AUUUUUUGH!” Snoopy's Grand Adventure will take you through five main areas and allow you to explore a sixth, optional one. Considering the optional area involves the WWI Flying Ace, everyone is going to play it anyway. Each level allows you to unlock one of Snoopy's hats. Said hats unlock Snoopy's alter-egos and help you access areas of the game that regular Snoopy cannot. The Beagle Scout costume allows you to climb on vines. The Astronaut costume lets you super jump as if you were in low gravity. The Masked Marvel can break through walls (of cardboard). Joe Cool can freeze enemies temporarily. The World Famous Detective is probably one of the coolest hats because it let's Snoopy see hidden paths and items. It could only be outshined by the Flying Ace hat which turns you into the WWI Flying Ace and gives you access to Snoopy's trusty Sopwith Camel (his doghouse). In terms of fan service, this game is absolutely fantastic. Unfortunately, the gameplay is not very inspired and the challenge level will leave hardcore players wanting for much more. Now I get that this game is clearly aimed at a younger audience; what i do not quite understand is why. Introducing the Peanuts franchise to a new generation is fantastic. Making this game so easy however, without at least giving the option of increasing the difficulty, will alienate many core Snoopy fans unless they are playing with their children. Even then, they are likely to just be going through the motions. The co-op feature, as it is, allows a second player to control Woodstock. This allows for the activation of shortcuts throughout the game. Woodstock cannot aid Snoopy in dispatching bad guys or do anything other than use the Woodstock markers. This makes him feel thrown in at the last minute. There is much to love when you play this game, but your enjoyment level is going to be inversely proportional to your age to an extent. That is a real shame because this game has a lot of potential.

MY SWEET BABOO Snoopy's Grand Adventure is a beautiful game for its subject matter. All of the characters look the same as in the comic strip and cartoon. Snoopy does his trademark dance and Woodstock flutters in the same pattern as ever. Once again, this is just what is needed to satisfy the younger audience. The level designs are well done and the water effects are fantastic for a side-scroller. The problem that arises here is that all the levels for a given stage basically look the same. The good thing is that all of the main levels allow you to back track so there is no getting lost or going the wrong way. The Skies of Paris levels automatically scroll, but even there it is just a matter of navigating around obstacles. To be fair, each level is different enough where you are not literally going the same path. It just would have been nice to see more variation since it is clear that real talent went into the level design. That talent just needed to be augmented by more imagination.

I have been rough in my description of Snoopy's Grand Adventure, but let me say that there is nothing truly bad about this game. The licensed characters are drawn and voiced very well. Hearing “Linus and Lucy” at the beginning of the game brings so many good memories flooding back and I know many people grew up with Snoopy as I did. That is what is wrong with this game. Even if this is a movie tie-in, developers have to think about who buys games more often than not. I have been a hardcore gamer since around 1980 or 1981 and that tells you what age range I fit into. The Peanuts franchise has been around since 1950 so making this game just for young children seems foolish to me. All it really would have taken would have been difficulty settings and a few actual attacks to make this a much more enjoyable game for older audiences. Parents with young children will get a kick out of this game but that will mainly come from seeing said children's eyes light up more so than the game itself. I definitely recommend this game to that demographic. When i streamed this game, i had parents thanking me because they said their children were mesmerized watching Snoopy jump around. I hope that Activision takes this information into consideration if future games are made. I can only recommend Snoopy's Grand Adventure to younger audiences or those who are absolutely dying to play in a game as Snoopy. For anyone else, this game would be a rental or a borrow at best.