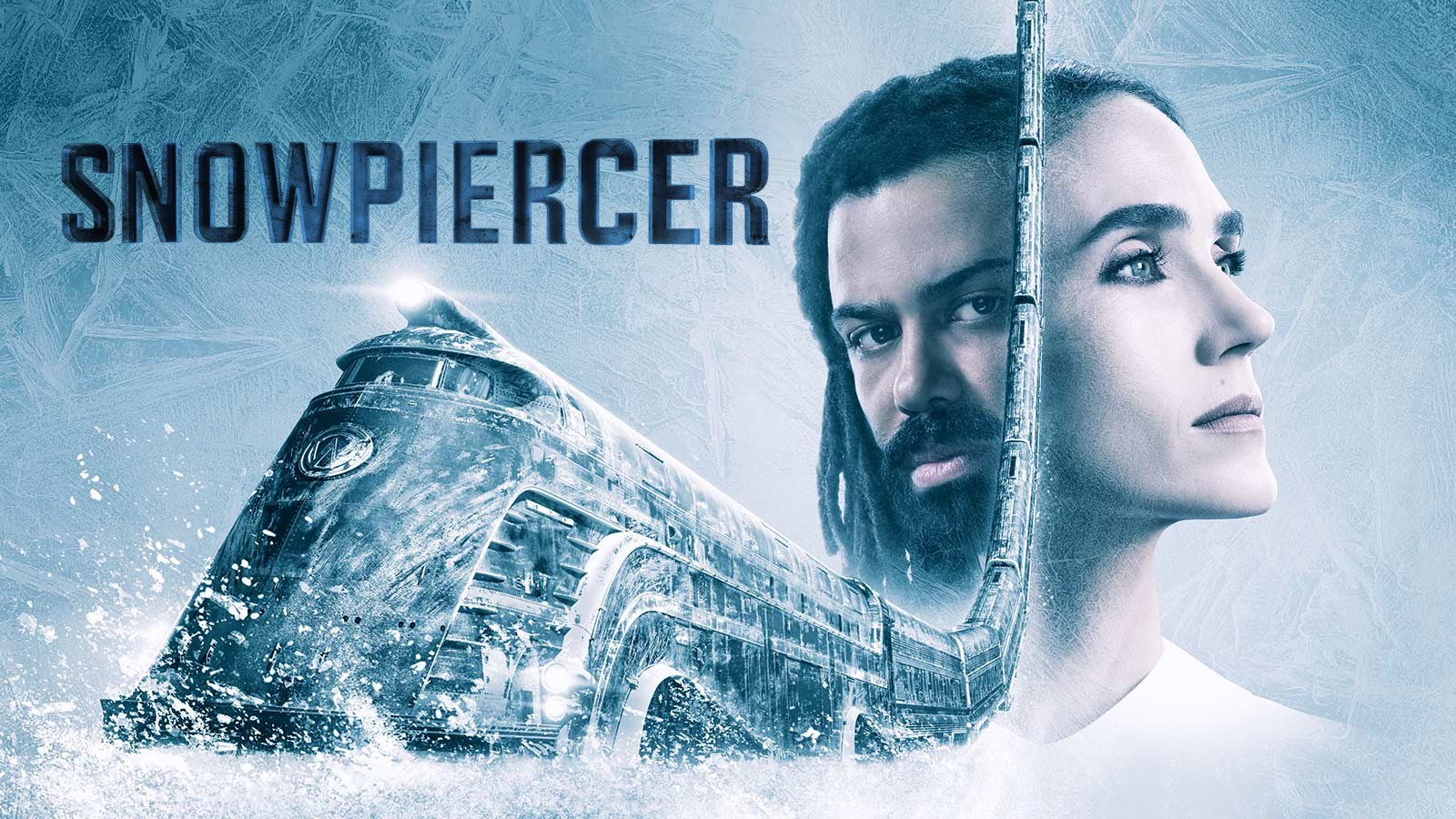 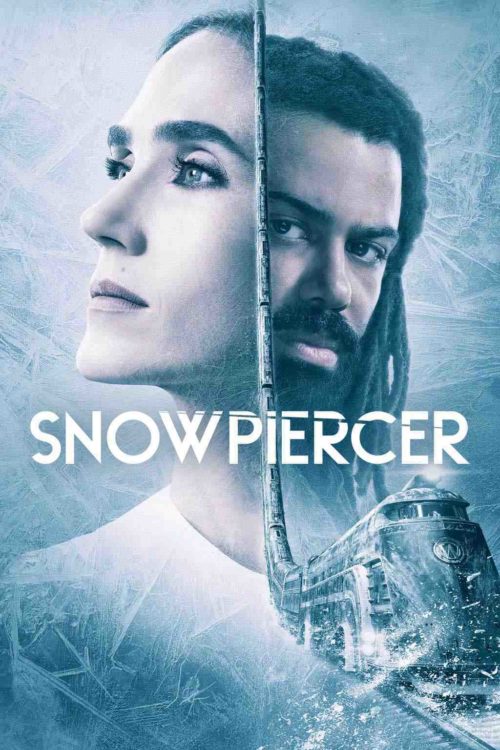 The movie Snowpiercer hit theaters in 2013. Director Bong Joon-Ho received much praise for his social commentary folded into a sci-fi action movie. You might ask yourself what stories are left to tell after the movie ends. TNT intends to answer that with their new Snowpiercer that began on May 17, 2020. If you saw the movie, there are definitely things you will recognize. Either way, prepare for many surprises from TNT; they are hoping this show scores big with viewers.

I will only go into details about the first episode that has already aired. Know, however, that while this is the same story as the movie, this is not the same Snowpiercer. The movie is set 18 years after the train's launch; the series is set seven years after launch. In the movie, the train was 60 cars long. Each episode has an intro monologue that ends with the length of this Snowpiercer: 1,001 cars long. If that seems, crazy, let's do a little math. The international standard length of railroad cars is 39 feet. If this train follows that, Snowpiercer is 39,039 feet long, or 7.4 miles roughly. The eternal engine of the original story is how this monstrosity propels itself. Internally, the show goes into detail of why so many cars are needed. The social commentary goes much deeper here.

First Class comprises the first 216 cars of Snowpiercer. This of course includes the engine, along with quarters and luxuries for those that contributed to the train's development. This is the one percent and they literally bought their way onto the train. Second Class goes up to car number 492 and consists of quarters for workers who have the “good” jobs like those who serve people in First. It also has things like a Japanese Temple (not kidding), Cat Cafe, beach and ocean car that are strictly for the enjoyment of First Class. Car 491 is an exception; this is the Night Car which is integral to the story. First, Second and Third Class are allowed here, but First have an upper level from which they can look down on others. Also note that the staff of the Night Car come from Third Class. Third consists of the backbone workers. Short order cooks, janitors, sanitation and the entertainers of the Night Car live here. They are extremely important to the function of Snowpiercer but are treated like “third” class citizens. Third makes up the remainder of the train, but if you are familiar with the story, you know there is more. Car# 1001, aka “The Tail,” is where the stowaways (Tailies) are left to rot. They are fed protein bars and used for forced labor. Considering the number of times “cutting the tail” is suggested in this show, you can see why these people rebel.

The Snowpiercer series has two main characters. First (no pun intended) we have Melanie Cavill (Jennifer Connelly). She is the head of Hospitality and the “Voice of Snowpiercer.” Her words come directly from Mr. Wilford himself. Since he is sealed in the engine, she is tasked with maintaining Mr. Wilford's order. She holds many secrets and she will do many things she is not proud of before the season ends. At the literal opposite end of the train is Andre Layton (Daveed Diggs). He is the leader and voice of the Tailies. He too, has secrets and he will learn several during his journey uptrain. He will also do things he is not proud of as he is pivotal in the future of Snowpiercer. These two come together because he was a homicide detective before the freeze. As the only one on the train qualified, Mr. Wilford calls upon him to solve a brutal murder.

The on-screen chemistry of these two are what makes this show worth watching. The first few episodes are a bit of a rough first watch. Suddenly episode four hits and turns everything on its head. Even though they do not make it about themselves, Melanie and Layton are the eternal engine of the story. You would think Melanie was part of the AEW roster how she switches from face to heel at the drop of a hat. Loving and hating her go a long way in making you anticipate the next episode. Layton is no saint and he makes that clear early on. He simply wants a better life for his people and learns that nice guys stay in the Tail. Most of their scenes are separate from one another, but you will see how their actions mesh the story together. The entirety of the cast revolves around one or both of them. Give Snowpiercer a chance and you will likely be drawn in as well.

When I heard there would be a Snowpiercer TV show, I literally said “Why?” After the movie I did not see where they would go with that story. I was not personally interested in seeing Curtis' or anyone else's past either. TNT resolved that easily by creating an alternate history. From the first few minutes you realize this is not the train from the movie and that raises questions. Did Wilford make more than one Snowpiercer? How and why is this train so much longer than the original and where will the series take “the last of humanity?” I can assure you that a lot of these questions will be addressed in the ten episodes of this season. The end of “First, the Weather Changed” is quite the eye-opener. Pay attention as the episodes contain Easter eggs unto themselves.

Verdict: Snowpiercer – Does it Run Smooth or Derail?

I will come out and say that this show is not perfect. I had to rewatch the first few episodes because they initially did not really grab me. I mentioned earlier that the fourth episode changes everything. Mark your calendars for June 7, 2020. If that ending hasn't hooked you then the show is not for you. For the rest of you, I promise a roller coaster. Snowpiercer is as diverse in subject matter as the content of its 1,001 cars. Love and hate, trust and betrayal are littered throughout the story and the sentiment changes at the drop of a hat. Nobody on the train is innocent and that makes a drama chock full of mystery work. In terms of characters, there are several great performances but Connelly and Diggs are the railway coupling holding Snowpiercer together. I think most will enjoy the season and be looking forward to the next as I do.

Snowpiercer
The Snowpiercer TV show ambitiously rewrites the lore the movie created. While there was room for improvement, it is definitely worth a full viewing.
FIRST CLASS
Great cast
Surprising story
True to the movie while telling a different story
Plenty of emotional moments
Explanation of what Kronol is
THE TAIL
Slow burn start may lose viewers
Some characters seem to have no motive to their actions
4
Holds the Track