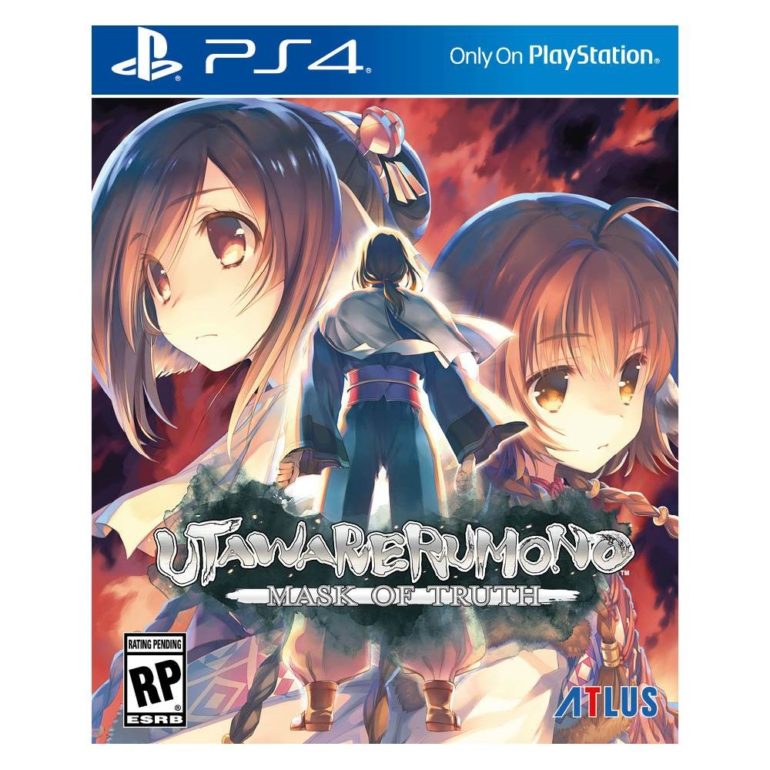 The best lesson we can ever learn is that we do not know everything and never will. Personally, as a gamer, I thought I had seen just about every type of game. Clearly that is not the case and I need to take a trip to Japan. Having played much of the Telltale Games catalog I thought to myself that a visual novel game could not be much different. Then I got the chance to review Utawarerumono: Mask of Truth and learned just how wrong I was.

Oshtor is on a mission to save the empire of Yamato from civil war and utter implosion. After the assassination of Mikako (the emperor), he must protect the princess Anju until she can assume the throne. What no one knows is that Oshtor (really Haku) is in fact, the brother of Mikado. He cannot even comfort his niece by telling her this because he must keep up the facade in order to accomplish his goal.

Utawarerumono: Mask of Truth is dubiously named because the main character is essentially lying to all of his friends. If it sounds like the story is out of an anime, you are not far off as the series includes several. If you are a fan of fantasy anime stories then this game may be for you. I have to say that the plot of the game is enjoyable. That is an extreme plus because you are going to get an awful lot of it if you play this game.

Not a Binge Game

If you have ever had an all night gaming session or only paused a game to eat and (hopefully) bathe, I have some bad news. Utawarerumono: Mask of Truth is not going to be a game you do that with unless you have an inordinate amount of stamina or extreme insomnia. Do not get me wrong, I am not calling the game boring. It is just hard to stay with for long periods of time because it is a visual novel. Put the game on auto and roughly eighty minutes will pass before you need to hold your controller.

When the actual gameplay starts, you have a solid strategy RPG. With over a dozen playable characters, there is a lot of fun to be had once you unlock the free play and challenge modes. The only thing is making it that far. Anyone that has been on a social network site can see that people do not have much in the way of an attention span. Utawarerumono: Mask of Truth requires a lot. I was unaware that visual novel equates to a full novel on screen. Only those with saint-level patience will make it to the end.

The main game has two modes: Adventure and Battle. The former is where the story unfolds and you just read; the latter is where you put the hurt on your foes. Once you reach certain points in the story, Battle Mode is extended with Free Battle, Red vs. White and Munechika's Trials. Regardless of mode, you will have to play the game of chess that the genre entails. Timing is key as your button presses can make every attack a critical hit.Placement of your units is equally important as the AI will try to pick you off. RPG fans will enjoy the game buried under the generous narrative.

When you first begin Utawarerumono: Mask of Truth, you only get a start screen. A few hours in, you unlock the intro movie, parts of which you can view above. As a “visual novel,” this game would be amazing if it were animated like this video. Instead, we get the static images seen above. To be fair, if Adventure mode were fully animated, it would take several discs or have an enormous download. On the plus side, the game is fully voiced and the music is top notch.

Make no mistake, the art is top notch in Utawarerumono: Mask of Truth. The issue is that Adventure Mode is completely 2D. The gameplay modes are 3D but those graphics are extremely dated. The Utawarerumono series began on the PS2 and the battle modes look like sharper versions of that engine. I personally found a lot to enjoy here and the price tag is considerably low for a game that has so much to offer. I just feel that it needs a serious graphical update.

Verdict: Is Utawarerumono “The Truth?”

Utawarerumono: Mask of Truth is not for everyone. First off, it is a sequel game that picks up right where Utawarerumono: Mask of Deception left off. The game brings you up to speed, but you would be much more comfortable having played Deception first. One should also be familiar with what a visual novel is before touching this title. If you are prone to typing “tl;dr,” stay far away from this game. There is more than a movie script worth of spoken dialogue here.

Graphically, this is a pretty game but not nearly up to PS4 spec. Even on PS3 it might look a little dated. The music however, is very fitting for a classic Japanese setting. Utawarerumono: Mask of Truth is a double-edged sword. It's strength is its weakness in today's culture. A lot of people, gamers especially, like to click through text and ignore it. You cannot play a game like this in that manner. If you like to read and do not mind somewhat raunchy humor, give this series a try.