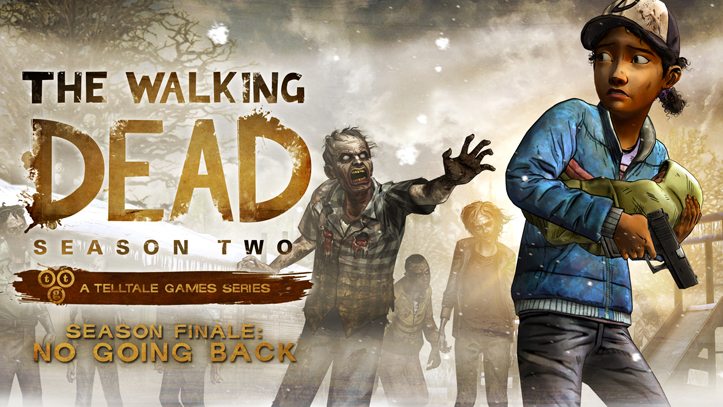 If you haven’t played Telltale Games’ incredible adaptation of “The Walking Dead” yet, this is not the place for you to start; in fact, it is the absolute worst place for you to start. However, if you have not played it, this is the perfect time to catch up! Season One is available for purchase in stores and online now. While Season Two will wrap up this week with its final episode, “No Going Back,” I have good news as well for those who always wait for the collected editions. The Walking Dead: The Complete Second Season will be available on PC and both current and last generation platforms on October 14, 2014, two days after the premiere of season five of The Walking Dead television show. Never have people been so happy to be miserable! If you have been following the story, you know that things had been going steadily downhill for Clementine and at the end of “Amid The Ruins,” that hill stopped at the (figurative) cliff’s edge. There really isn’t much of a choice when you peer over that cliff and turn around to face the very zombie apocalypse. Clementine’s coming of age story comes to a head and before you watch the trailer, you may want to get your tissues ready. As Season Two of The Walking Dead concludes, Clementine must struggle forward as there truly is no going back for her. Find out her fate: