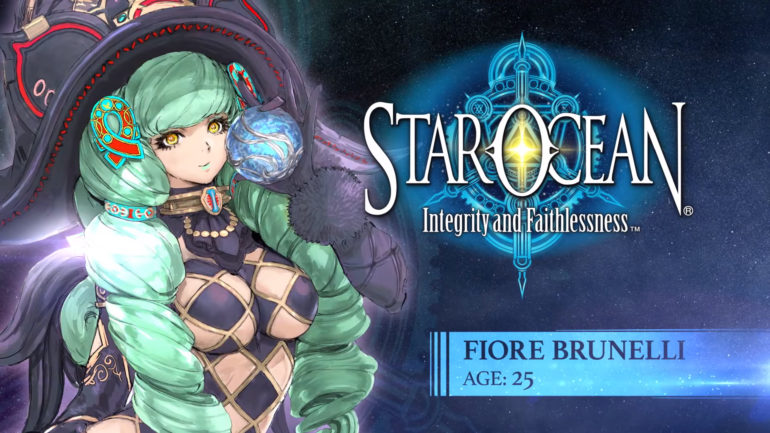 Star Ocean: Integrity and Faithlessness will feature a robust variety of personalities in its main character lineup. Today we have Fiore and Victor, who are a stark contrast of one another in terms of their ability. Fiore is a signeturge of a much higher class than Miki. Fiore specializes in attack magic and is best utilized in the background of the battle. She also is very clearly our main source of fan service in this game with one of the most “interesting” outfits I have seen in a while. Victor is an elite soldier of the Central Resulian Army. Based upon the trailers that we have seen so far, he is a pure attacker, whereas Fidel is more of an all-rounder. Victor uses a shorter sword than Fidel and is a faster attacker. I also thought he was a dual wielder but it appears that he utilizes his scabbard along with his sword in battle. Both Victor and Fiore look extremely valuable to the team but of course, each has a slight drawback. Fiore has to have time to cast spells and it looks like she must be defended. Victor gets into the thick of the battle and stays there. He will probably need to buffed and healed very often. Of the seven playable characters, you will be able to control six in a given battle, assigning roles that can be changed as much as you want. Stay tuned to R.A.G.E. Works as we will continue to bring more information on Star Ocean: Integrity and Faithlessness as it emerges.