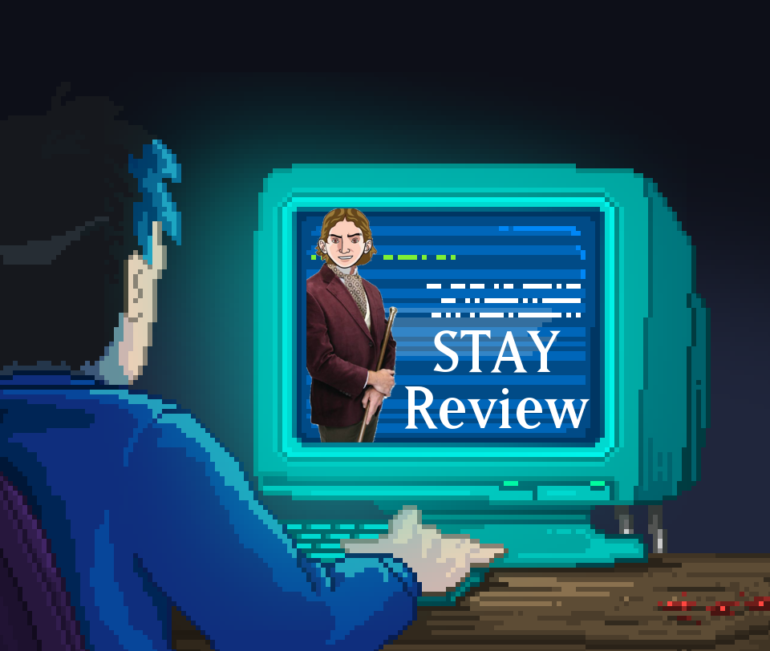 Despite spending 90 percent of STAY behind a keyboard, it's hard to type the words to describe it. STAY feels like a Goosebumps choose your own adventure game in digital form. Unlike Goosebumps, you are actively looking for ways to save the protagonist and will do everything in your power to avoid an untimely end. STAY has a simple premise, but just like its main character, Quinn, slowly spirals out of control the further you play.

Quinn one day wakes up in a dark room after being abducted from his bed by a shadowy figure, with only the faint glow of a computer monitor being visible. Here, he begins to chat with YOU. The entire game has Quinn and YOU messaging each other back and forth figuring out how to get Quinn out of his situation. There are also puzzles you must solve through the adventure to advance the plot. The biggest hook of STAY comes from its namesake. STAY tracks how long you've been away from the game, and Quinn will comment how you've abandoned him. I tested it out, and sure enough, it works! I played for about three hours straight, with Quinn and I becoming “friends” according to the game. I left for about 12 hours and when I came back, our trust level had dropped, and Quinn was actually speaking differently to me. It wasn't even just right when I turned the game back on, but the smarmy comments were peppered throughout the next thirty minutes. 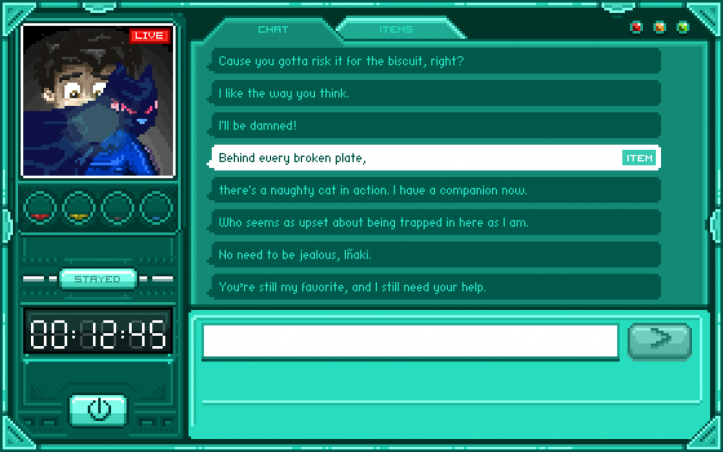 Quinn will write a series of messages, with you getting a few options on how to respond, with many answers directly influencing what Quinn will do next in the room. Some of these options can end up causing Quinn to die, forcing you to restart a chapter. This is where STAY manages to conflict with itself and its own gameplay. Chose your own adventure books are normally fun because if you pick the wrong choice that leads to the wrong ending, you just go back and pick the other option. STAY DOES let you restart the chapter and lets you pick a new choice, but you still have to read all of Quinn's dialogue again. The inability to skip or speed up text is always a sign of bad game design, yet here it is. I understand not letting the player skip lines the first time through a chapter, but STAY should know I already saw it once.

The writing isn't exactly Shakespeare but is serviceable to the point that you want to keep playing. Quinn as a character isn't the greatest. While he says he's a therapist, he drops lines that would make a girl on Tumblr blush, such as, “I had to organize my thoughts for a few minutes after what felt like reaching a blind alley. Swimming amidst my dear disordered thoughts, I was overwhelmed by a fit of lost consciousness.” He'll also make jokes like “ill be back after a word from our sponsors,” seemingly breaking the fourth wall as the game takes a break in between chapters.

First off, no one talks like Quinn. No one recites poetry to a random stranger while they are being held against their will and they certainly don't make goofy jokes in the way Quinn does. The writing sometimes comes across as a little too jarring and unfocused. Besides saying things that don't make sense given the situation, Quinn will also do things that contradict what the player suggests to him. There is a moment where Quinn throws a book across the room after solving a challenging puzzle to obtain it and doesn't even bother to open it to find a gun and phone inside its hollowed-out chamber. You even tell Quinn that the book might be important and he responds by just chucking it. To me, this felt like lazy writing and defeats the purpose of choosing your own adventure if Quinn isn't even going to heed your words. 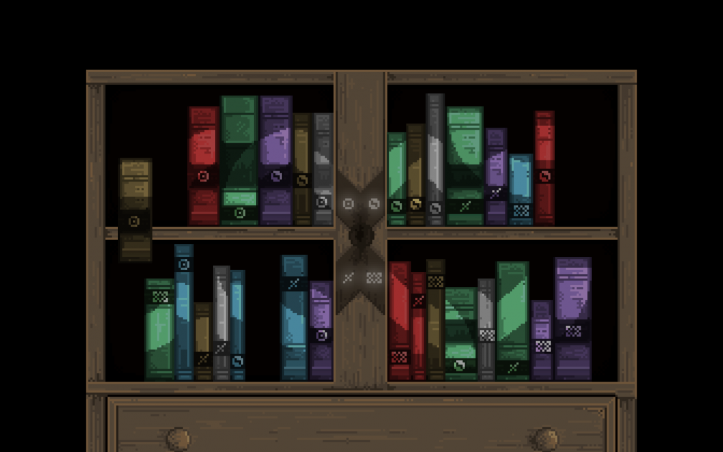 Besides the choose your own adventure elements, there are also puzzles, mostly used to break up the gameplay but also to aggravate you and remind you that you can't skip the text. For instance, if you complete a puzzle and die, you have to restart the chapter and redo the puzzle. STAY's puzzles are creative but are presented in a way that makes it visually hard to tell what you're supposed to do. For instance, I knew how to solve the bookcase puzzle, but the design of the book spines make it almost impossible to tell if I was doing what I thought I was supposed to do. I eventually had to look up a guide, as it was simply too hard to see the extremely subtle design on the spines that guided you to where they should go on the bookshelf. But the game has a certain hook to it, one that I can't quite explain. After leaving for a day in real life to come back to have Quinn lose faith in me was incredibly immersive. While some of the puzzles are poorly implemented and Quinn is incredibly cringe-worthy, the overall mystery and bonding system kept me hooked and is worthy of your attention if you're a fan of the genre.

-RAGE Works was provided a review copy of Stay but in no way influenced our decision. If you don't believe me, check out Quark's other reviews.