Last October brought us an obscure cinematic trailer for Steel Rats. It featured a dystopian future seemingly ruled by machines. The only viable method of resistance is riding weaponized chopper-style bikes. Aside from that, all we knew was to expect the game this year. Now we finally have gameplay to show you. 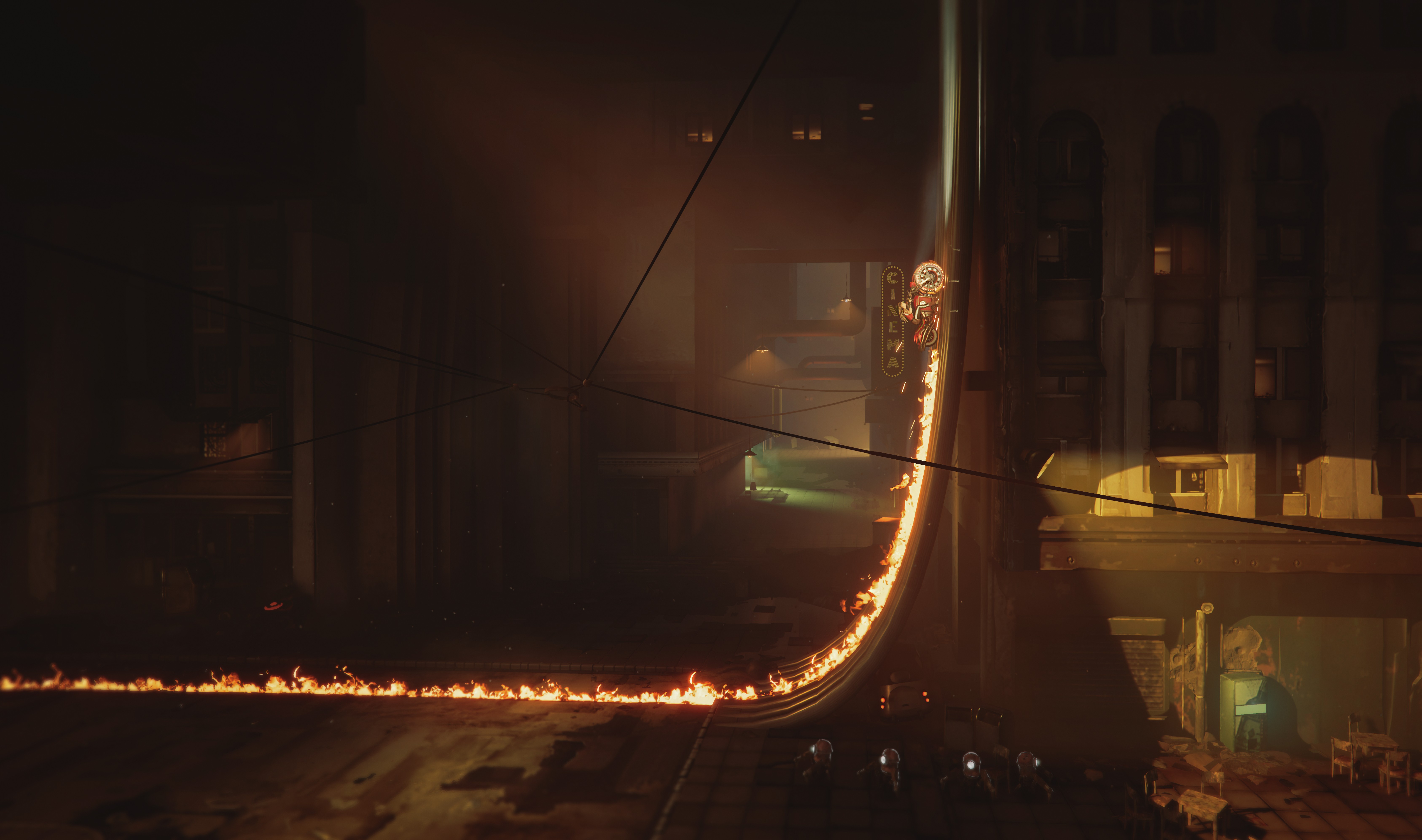 While the main objective of the game is still unknown, the trailer lets us know what to expect. A hybrid of racing, platforming and side-scrolling combat make up Steel Rats' gameplay. The stunt system will make for some interesting bike riding. Players will up and over enemies with jumps, 2.5-D movement, vertical and even ceiling racing. The promise of a solid indie title is there. Stay tuned to R.A.G.E. Works to see where Tate Multimedia takes this one. 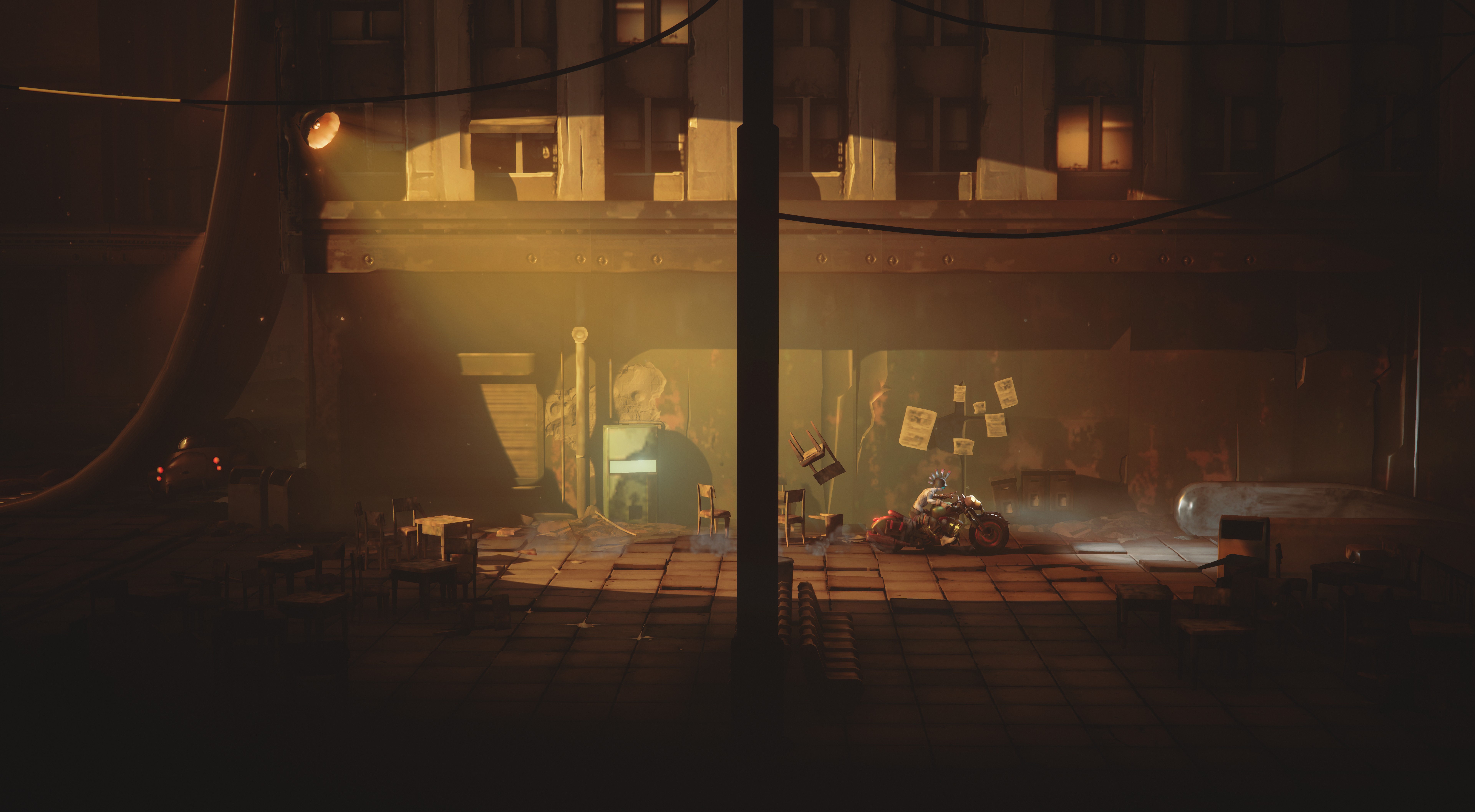