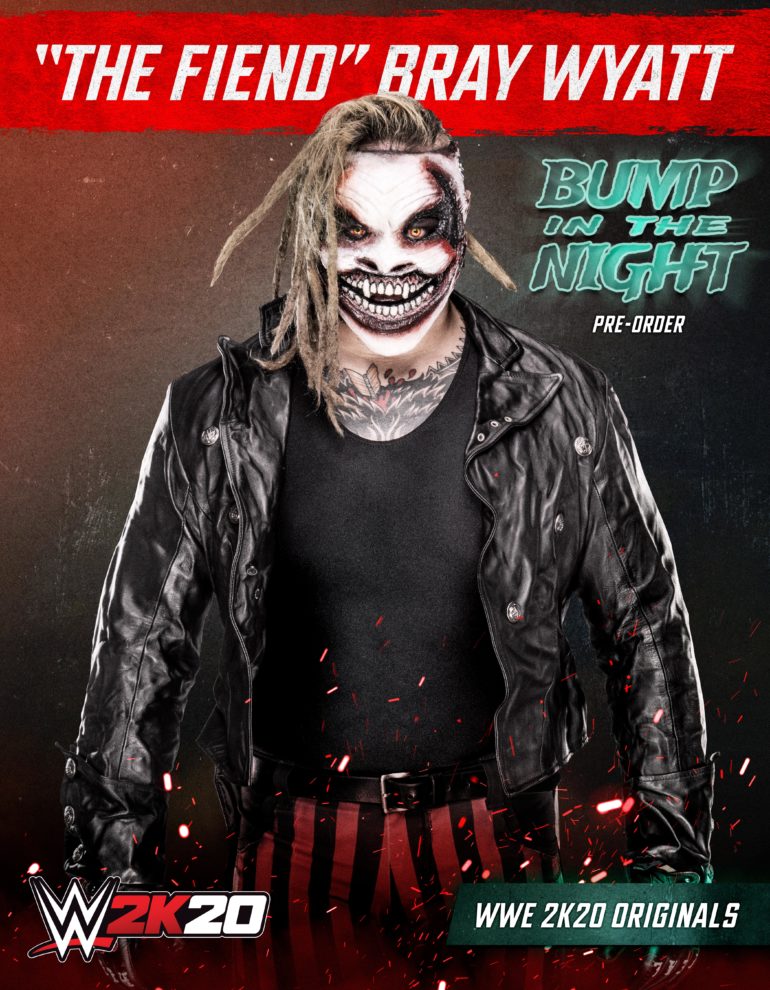 Bray Wyatt has been the topic of conversation after his return to action at SummerSlam against Finn Balor. The over the top Wyatt gave his Mr. Roger-esq persona a backseat and let the Fiend out much to the delight of the fans.

WWE 2K20 is letting The Fiend into the first wave of WWE 2K20 Originals. The new Originals model will be how the game handles DLC going forward. The Fiend will be part of the WWE 2K20 Originals: Bump in the Night pack. “The Fiend” Bray Wyatt will not be the only playable character in the pack as the following additional superstars were announced:

In addition to “The Fiend” Bray Wyatt and the superstars listed above here is everything else that will be included in the Bump in the Night Pack:

An alternate “Swampfather” version of Bray Wyatt has amassed otherworldly power, becoming an embodiment of the swamp itself. He lures Finn Bálor to his compound to recruit Finn’s Demon into his group of powered Superstars, which he calls his “Family.” Finn is forced to fight in a series of matches against members of Wyatt’s Family until finally, the power within Finn Bálor is unleashed. Exclusive commentary brings the story to life.

Players will receive Bump in the Night free with their WWE 2K20 pre-order including the standard edition. All four WWE 2K20 Originals including this pack will be included in both the WWE 2K20 Deluxe and Collector's Editions. If you want to purchase this DLC separately down the line the packs will cost $14.99.