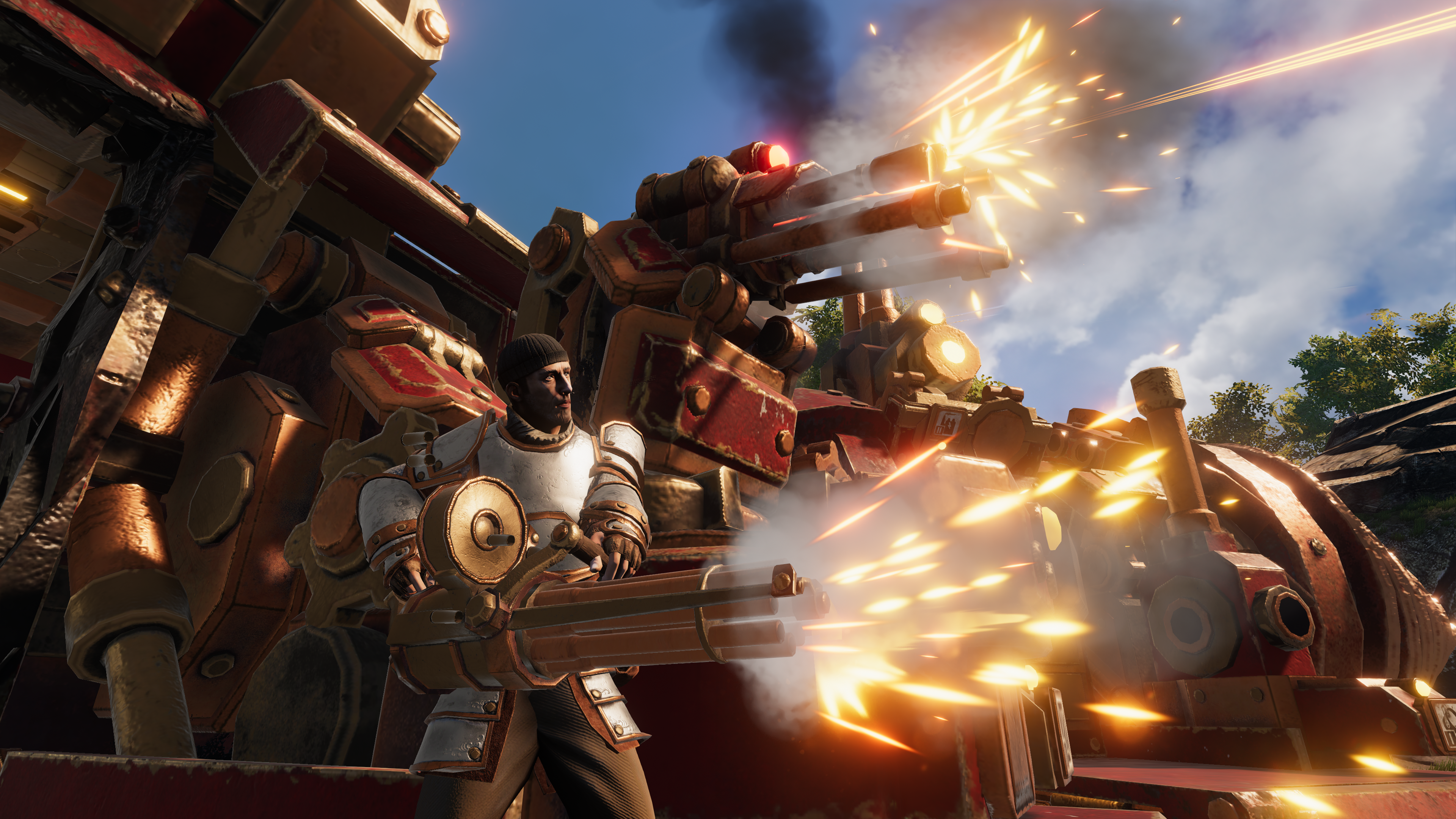 Volcanoid Studio has released a massive update to their steampunk shooter survival game Volcanoids, currently in Steam Early Access. Players must continue to explore the island as an unrelenting volcano counts down to its next eruption. Now they can do so with new gear and guns! Fend off hordes of new robots with a greater variety of weapons. Your updated arsenal now includes the SMG and Sniper Rifle, and new constructible turrets for your drillship home base.

Volcanoids has proven itself an Early Access hit, with over 100,000 downloads by the builder/survival community. In advance of this update, the Volcanoid team opened up a special beta branch on Steam. This allowed players to get hands-on with an early build and incorporated that feedback into today’s release.

Volcanoids sets players on an expedition to a forsaken island racked by mysterious volcanic eruptions triggered by mechanical beings. In order to survive the island’s natural elements, players must commandeer and upgrade a drillship. You must dive below eruptions that make the surface uninhabitable for periods of time. By exploring the island, players can discover new blueprints for ship upgrades and equipment. You will locate resources to refine and build weapons and defenses. Develop rare technologies that will turn the battle against the mechanical monstrosities. Discover the mystery behind the eruptions and reclaim the island as your home! Do this on your own, or tackle the challenge with two to four friends in multiplayer.

Volcanoids is currently available for Windows and Linux in Steam Early Access.