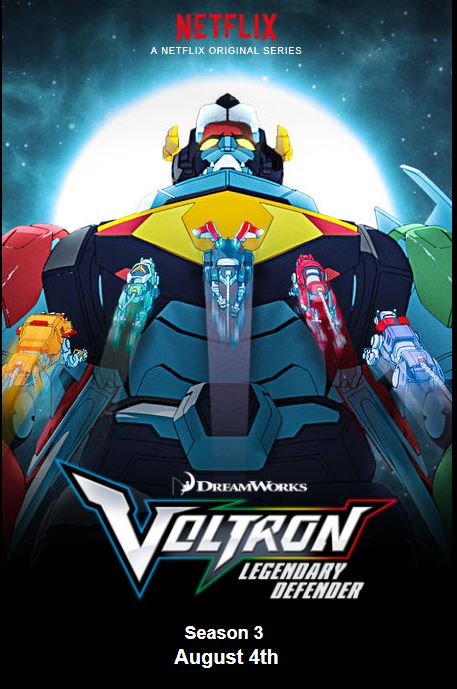 The Voltron: Legendary Defender Netflix series has been surprisingly solid and at the conclusion of season two we were left with some unanswered questions after the defeat of Zarkon including the fate of Shiro as well who would pilot the black lion in his absence. The biggest surprise was the tease for Prince Lotor who long time Voltron fans will remember as being a huge thorn for the team alongside Hagar and Zarkon.

Fans won't have to wait too long to see where the story goes from here as the third season of Voltron: Legendary Defender arrives on Netflix next Friday August 4th. Check out the teaser trailer below.