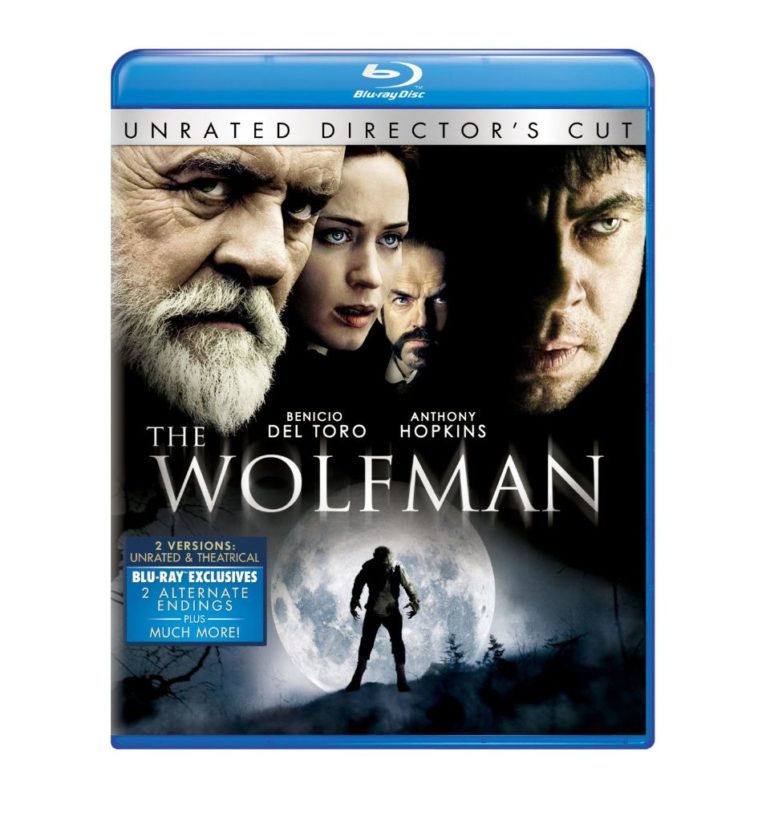 “Even a man who is pure in heart and says his prayers by night, may become a wolf when the wolfbane blooms, and the autumn moon is bright.”

This quote has been synonymous with the Wolfman since the legendary Lon Chaney brought this iconic universal monster to life. As a horror movie buff I have always tried to see all the classics and the Wolfman has always been my favorite. While Frankenstein was a trajic tale and Dracula was evil personified to me the Wolfman was more of a guy at the wrong place at the wrong time and was cursed for it. This newest incarnation of the Wolfman maintained that aspect and added a bit more depth as well.

Much like the iconic 1941 classic this version follows Lawrence Talbot(Del Toro) who is returning home to investigate the death of his brother at the request of his wife (Blunt). Reunited with his estranged and distant father (Hopkins), Lawrence proceeds to start his investigation and along the way sort out his demons as well which are crucial to the story. His investigation leads him to a gypsy camp where a gypsy mystic informs him that an evil force was responsible for his brother’s death. It is here where are given a glimpse of the wolf which proceeds to slaughter everyone in the gypsy camp and of course bites Talbot.

After Talbot’s attack and miraculos recovery we are introduced to Abberline ( Weaving) who is an inspector for Scotland Yard and is trying to uncover the mystery to all these murders. Abberline suspects Talbot’s involvement given his past which I won’t spoil and proceeds to have him arrested after his first transformation. After the first transformation is when the film goes from remake to establishing itself as a reimagining and does a fine job with genuine thrills and some real graphic kills.

With a 1080p transfer and superb sound I have to say that this film is a great movie to show off an HDTV or new sound system. Given the large amount of dark scenes I was impressed that the black levels were spot on and didn't look gray.  Sound quality is awesome with a DTS-HD soundtrack setting the pace and making great use of the always talented Danny Elfman. There are some scenes where dialogue does get lost among the commotion but the instances of that are minimal

Some deleted scenes and two alternate endings are the main points of interest for me at least. Many people who i’ve spoken to said the featurettes were awesome. Sadly I am in the minorotiy that only watch the film and either minimum to no extras. You are also treated to a theatrical version and a longer (17 minutes)unrated director’s cut which is the version I saw.

While I tend to not like remakes,I have to admit that I enjoyed this film. Many people feel that the blood and gore detracted from the story and I disagree simply because the deaths added to ferociousness of the character. Del Toro did a great job as Talbot and Anthony Hopkins returned to Hannibal Lector-esq form with his portrayal of Sir John. I recommend this film to horror movie buffs and to video and audiophiles who want a great disc to showcase their home theater. At most give it a rent just see the awesome transformation effects.