WWE 2K19 Is Stylin & Profilin With The Wooooo! Edition

The WWE 2K series always makes a themed special edition version of their titles for gamers and hardcore fans, and WWE 2K19 will be no different as 2K announced today a special Ric Flair-themed edition aptly titled WWE 2K19 Wooooo! Edition. This special edition honors the 16-time World Champion and Hall of Famer and comes loaded with bonus content, memorabilia and much more. The PlayStation 4 and Xbox One versions will retail for $129.99 and will be limited to 30,000 copies.

Here is a full breakdown of what is included in the Wooooo! Edition as well as what the set will look like. 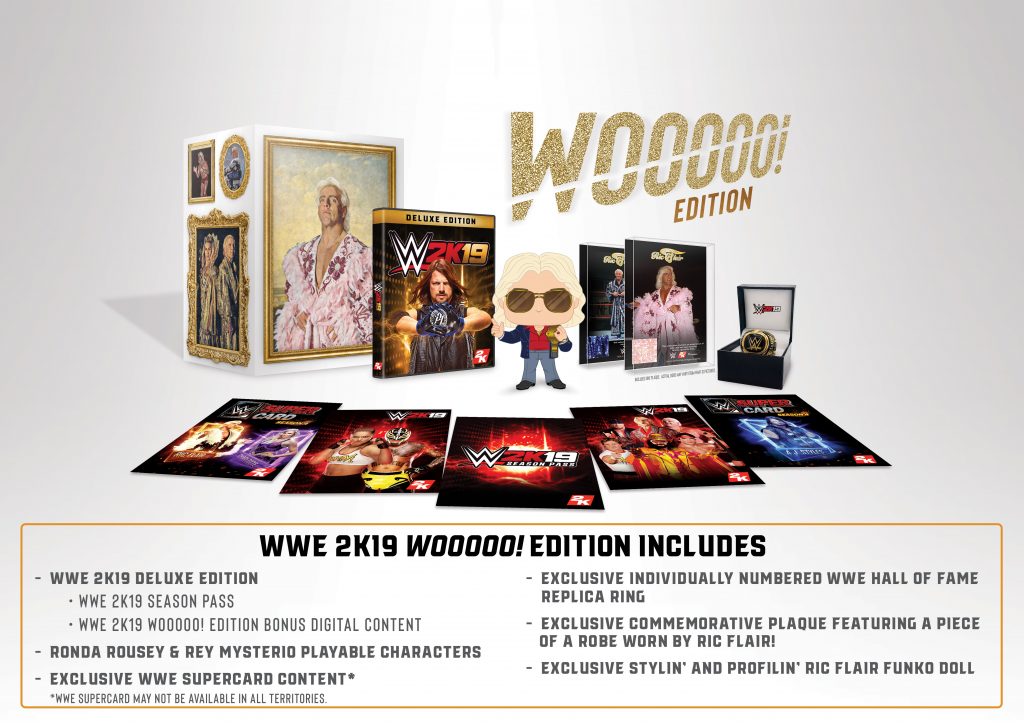 The WWE 2K19 Wooooo! Edition will include: