Dying Light: The Bozak Horde Is Upon Us! 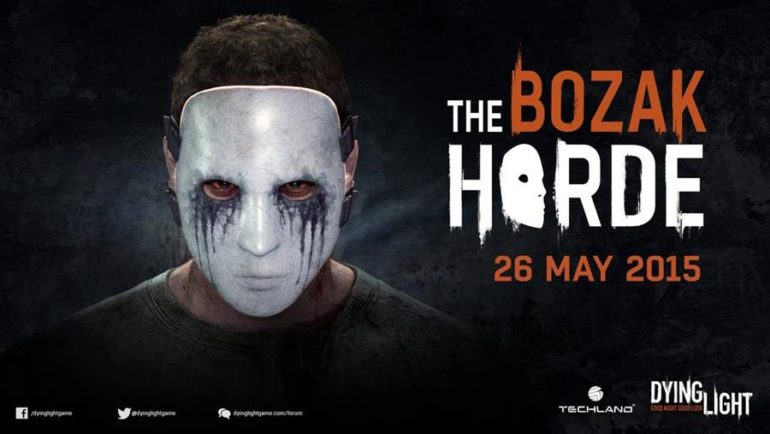 Dying Light is one of the first successful new titles of 2015 and it is still going strong on consoles and PC. Season Pass holders know that two of the announced three DLC packs have already come out and now it is time for the big one. If you have played through the game you may have noticed posters on the walls in Old Town. If you accepted and completed those missions you got several cryptic messages from a clearly insane individual known only as “Bozak.” This guy made Rais seem sane and Crane wanted nothing to do with him.

You will no longer have a choice and now you are smack dab in the middle of Harran Stadium with all the early victims of the virus. You know what that means – you are about to face a literal horde of zombies. Get your team back together and fight for survival as you play this madman's game. Survive and you might just find out who this wacko is. More importantly, if you survive you will unlock a brand new weapon – the compound bow. The bow lets you take out zombies with arrows that pack an extra punch in the form of incendiary, electrical and exploding effects. Bozak gets his hands on you Tuesday, May 26 for $9.99 (free to Season Pass owners). Make sure he grabbed more than he bargained for. Click the below links to see what the compound bow can mean for you:

Put zombies down quickly and quietly