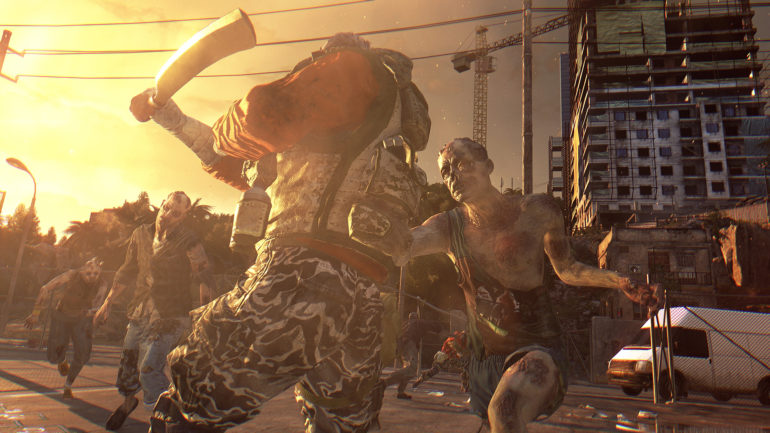 Players of Dying Light know all too well that when the controller vibrates it means an air drop is incoming. Here is a heads up in case you are not playing at the moment because this time the cargo plane is dropping something other than Antizin and relief supplies! Techland announced the release schedule for Dying Light DLC and the first pack titled “Cargo & Cuisine,” is available today! This DLC is available exclusively to those who purchased the Season Pass and based upon the description, it will add two new Quarantine Zones to the game. The first will be a sealed off restaurant, once the most famous in Harran now a feast for the undead. The other is a loading bay at the abandoned railroad yard filled with your favorite rotting dance partners.

The Ultimate Survivor Bundle is coming in March and that will give players three new outfits and four new blueprints for weapons that make zombie heads go “pop!” In May, the final Season Pass drop will be called The Bozak Horde. This will give players a new map in the form of the Harran Stadium. If you are following the story, you know that the Stadium was the first quarantine zone so you can imagine the horrors that reside within. Test your mettle and your metal as you fight increasingly difficult waves of the infected. I shudder to think what goes on at night in there. I still get a chuckle knowing that this DLC has you opposing a psychopath named Bozak.

Techland says that this is far from the only add-ons to Dying Light and that there will be other drops and free initiatives. As more information becomes available, R.A.G.E. Works will keep you informed. Stay tuned folks. Get to these drops before Rais’ men do!