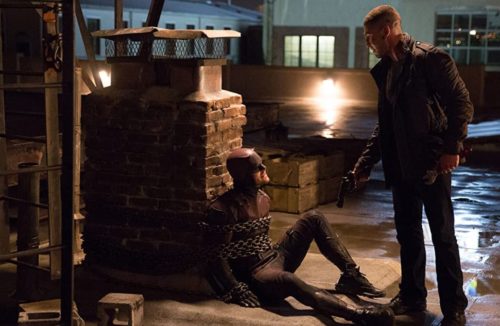 We took a brief hiatus from Film Fight Friday, but we're back with a vengeance, and what better to come back than to showcase the staple Netflix hallway fight scene from Daredevil season 2. The fight scene involved Frank Castle, who is forced to fight his way through many escaped inmates courtesy of Wilson Fisk. The fight scene was not only well done, but the sheer amount of viciousness from Bernthal's Punisher embodies how the character is in the books. Everything at his disposal was a weapon to dispatch the convicts. Of course, the Netflix Marvel shows all had tremendous fight scenes, and you can definitely expect to see more in future columns, but this one deserved to get the ball rolling.