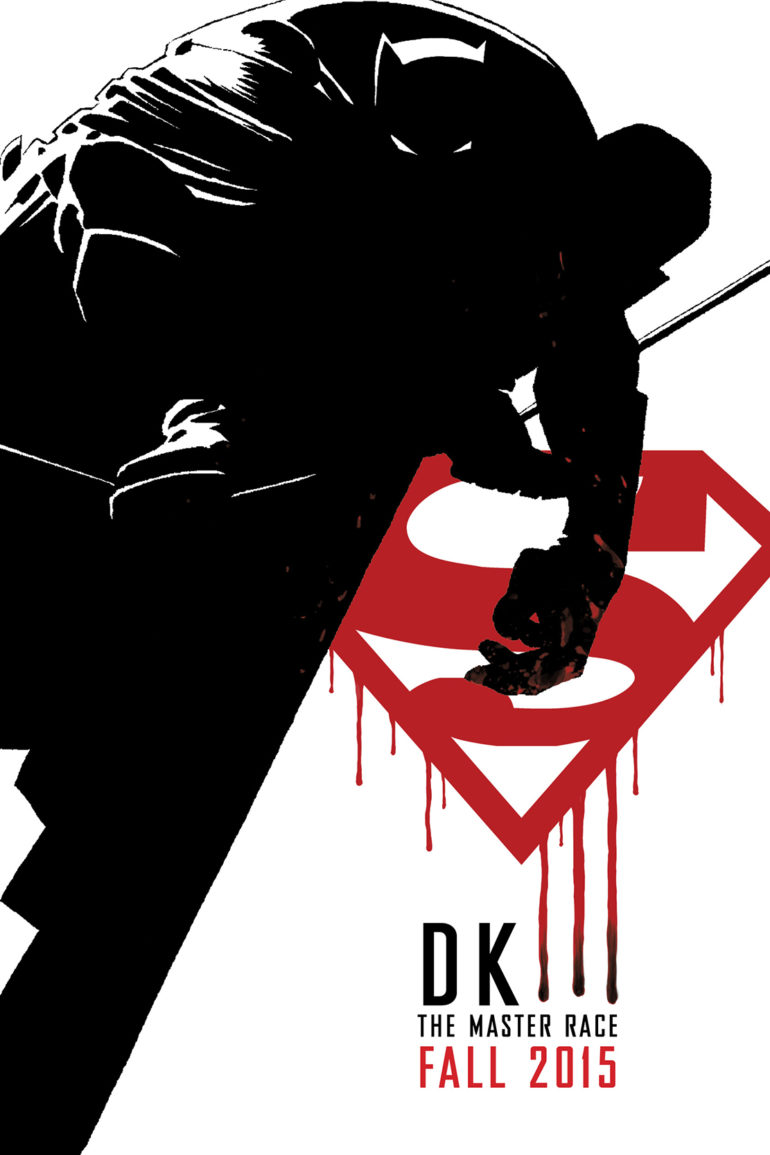 The “THE DARK KNIGHT III: THE MASTER RACE” is the sequel to Miller’s 1986 classic THE DARK KNIGHT RETURNS – heralded by TIME Magazine as one of the 10 greatest graphic novels of all time – and its 2001-2002 follow-up series BATMAN: THE DARK KNIGHT STRIKES AGAIN.

Miller will be joined by acclaimed writer Brian Azzarello (100 BULLETS, JOKER, and WONDER WOMAN) on the eight-issue comic book periodical, to be published twice a month under the DC Comics imprint.  Marking the 30th anniversary of THE DARK KNIGHT RETURNS original series, this periodical is slated for publication beginning in late Fall 2015.

“Batman remains my favorite comic book hero and a sequel to Dark Knight is going to be daunting,” said Miller, “but we’ll do our best.”

“We are thrilled to have Frank back home at DC writing Batman,” according to Dan DiDio and Jim Lee, Co-Publishers for DC Entertainment. “The story he and Brian have crafted is an astounding and triumphant conclusion to this seminal body of work which influenced and shaped generations of readers and creators alike.”

According to Azzarello, “It's been an amazing experience collaborating with Frank these past six months. I think we have an epic story that these characters truly deserve.”

Artists for the project have yet to be announced.

DC Entertainment, home to iconic brands DC Comics (Superman, Batman, Green Lantern, Wonder Woman, The Flash), Vertigo (Sandman, Fables) and MAD, is the creative division charged with strategically integrating its content across Warner Bros. Entertainment and Time Warner. DC Entertainment works in concert with many key Warner Bros. divisions to unleash its stories and characters across all media, including but not limited to film, television, consumer products, home entertainment, and interactive games. Publishing thousands of comic books, graphic novels and magazines each year, DC Entertainment is the world’s largest English-language publisher of comics.