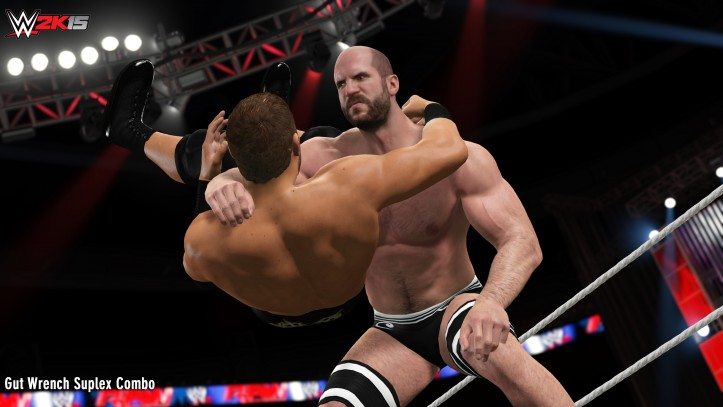 Have you created your new WWE Superstar for WWE 2K15 for career mode?

Do you wish that your created WWE Superstar had just a few more moves or finishers to choose from?

2K has you covered with the latest move pack DLC that brings you 30 new moves made popular by some notable WWE roster members including Bray Wyatt, Cesaro, Nikki Bella, Brie Bella and The Usos. These new moves are not part of the season pack, unfortunately, so if you want to add them it'll cost you $3.99.

2K Showcase: Path of the Warrior

In addition to the offerings above, players may purchase select WWE 2K15 downloadable content at a reduced price point through the game’s Season Pass program. For a one-time cost of $24.99, a savings of more than 20 percent versus individual content purchases, players will receive the following items as they become available:

Developed collaboratively by Yuke’s and Visual Concepts, a 2K studio, WWE 2K15 is rated T for Teen by the ESRB and available now for PlayStation®4 system, Xbox One, PlayStation®3 system and Xbox 360. For more information on WWE 2K15 and 2K, visit wwe.2k.com, become a fan on Facebook, follow the game on Twitter and Instagram using the hashtags #WWE2K15 and #FEELIT or subscribe to WWE 2K on YouTube.

“PlayStation” and “PS3” are registered trademarks. “PS4” and “PSN” are trademarks of Sony Computer Entertainment Inc.

All trademarks and copyrights contained herein are the property of their respective holders.