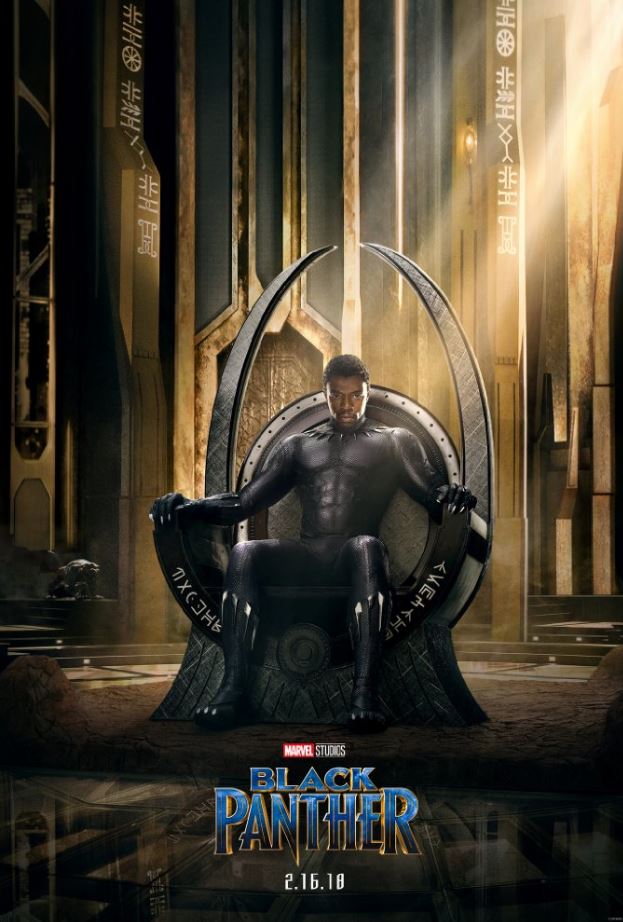 T'Challa, the King of Wakanda, rises to the throne in the isolated, technologically advanced African nation, but his claim is challenged by a vengeful outsider. -via IMDB

The wait is over! After a stellar debut in Captain America: Civil War, Black Panther's solo adventure hits theaters. While the film had a ton of fanfare and massive expectations (which it delivered on for the most part), it was not without its flaws. Be warned: from here on out there may be some spoiler-ish commentary so here's your chance to hit the ‘X' button and wait until after you've seen the film. Still with me? Good!

Black Panther essentially picks up right after the events of Captain America: Civil War and sees T'Challa embracing the role of hero while on a “rescue” mission. This mission introduced audiences to Nakia, T'Challa's former flame who is now a Wakandan spy working in the outside world protect others. We also got a flashback to Los Angeles where we saw King T'Chaka in full Black Panther garb meeting with some Wakandan sleeper agents. That meeting shapes the film's story more than you initially realize and lays the groundwork for Killmonger's motivations later in the film.

One of the best parts from the start of the film was the explanation of how the line of succession works in Wakanda and how the role of King and Black Panther is decided by combat. As T'Challa was about to be declared king, we were introduced to M'Baku (played masterfully by Winston Duke), who challenged T'Challa's claim to the throne. M'Baku quickly and powerfully made his presence felt, with the approach towards the character playing heavy on his comic book roots, yet still making some timely and much-needed tweaks. It was a strong debut for a character who is but one of Black Panther's notable villains. Duke made M'Baku memorable in the early part of the film and towards the film's third act. The same could be said for Andy Serkis, who brought his A-game to Klaue and had some amusing lines. It is a shame we did not get more of the character as he was a notable highpoint as well.

We can't talk villains without citing the film's main villain – Erik Killmonger. While the film's main villain, Killmonger at times left a bit to be desired during certain scenes and while Michael B. Jordan did a solid job, the best moments for the character were in the film's final act towards the end of his fight with T'Challa. Also notable were certain monologues of his in the film. At times, it felt like Jordan was channeling some of the other roles he has played in his career. I will add that his intensity and ferocity for the role as well as his preparation were commendable and should not be ignored. I felt that his story could have used a bit more development, but given the immense work in establishing everything else in the film it was expected that some things would suffer a bit.

Let's talk heroes! Chadwick Boseman did for T'Challa / Black Panther what Robert Downey Jr. has done for Tony Stark / Ironman and that is making you believe in the character from start to finish. Boseman was charming, suave and had a coolness about him that worked in every scene he was in. The chemistry between him and his co-stars was one the film's high points, especially in scenes with Shuri (Leticia Wright) and Okoye (Dani Gurira). Shuri, by the way, stole the show often throughout the film being the “Q” to T'Challa's 007. Their dynamic worked perfectly and when she finally mixed it up in the film's final battle scene, she looked at home alongside the Dora Milaje with her vibranium-powered weapons. If you are not familiar with Shuri, I can tell you that she becomes the Black Panther in the books and I am sure many fans would love to see Wright don the suit down the line. I personally can't wait to see her trade jabs with Tony Stark given the savviness  both exude when it comes to tech. It will definitely make for some great banter. Let's hope we get to see it as early as Avengers: Infinity War.

I commend Coogler for not relegating Lupita Nyong'o's Nakia to being a damsel in distress. She was a powerful and supportive confidante for T'Challa. Nakia was equally as bad ass as he was. Pretty much every woman in the film was strong, confident and powerful and will surely inspire young girls who see the film. Hell, I'll go as far as saying that the women in the film stole the show at times from their male co-stars and that is not a bad thing.

Black Panther succeeds in being a stellar solo debut for a character that many casual fans are not familiar with. The film introduces the new locale and secondary and tertiary characters effortlessly and adds enough backstory to keep one's interest but Marvel once again drops the ball in the villain longevity department both for Killmonger and Klaue, which is a shame as both characters have tremendous potential both on the big screen and even on the small screen if Marvel chose to go that route. I view Black Panther's solo film as a great Number One issue with ample room to grow and fine tune the character both for today's political climate as well as for today's comic book audiences.

I did want to mention is that this film was tailored for IMAX viewing, so if you truly want to experience the film the way it was meant to be seen then catch it in IMAX. Lastly, I know I shouldn't have to tell you but I feel I must. Do not leave the theater when the film ends as there are two after credit scenes.One has another great powerful message and the other catches up with a familiar face.

What did you guys think of the film? Feel free to comment here or in our Facebook group.