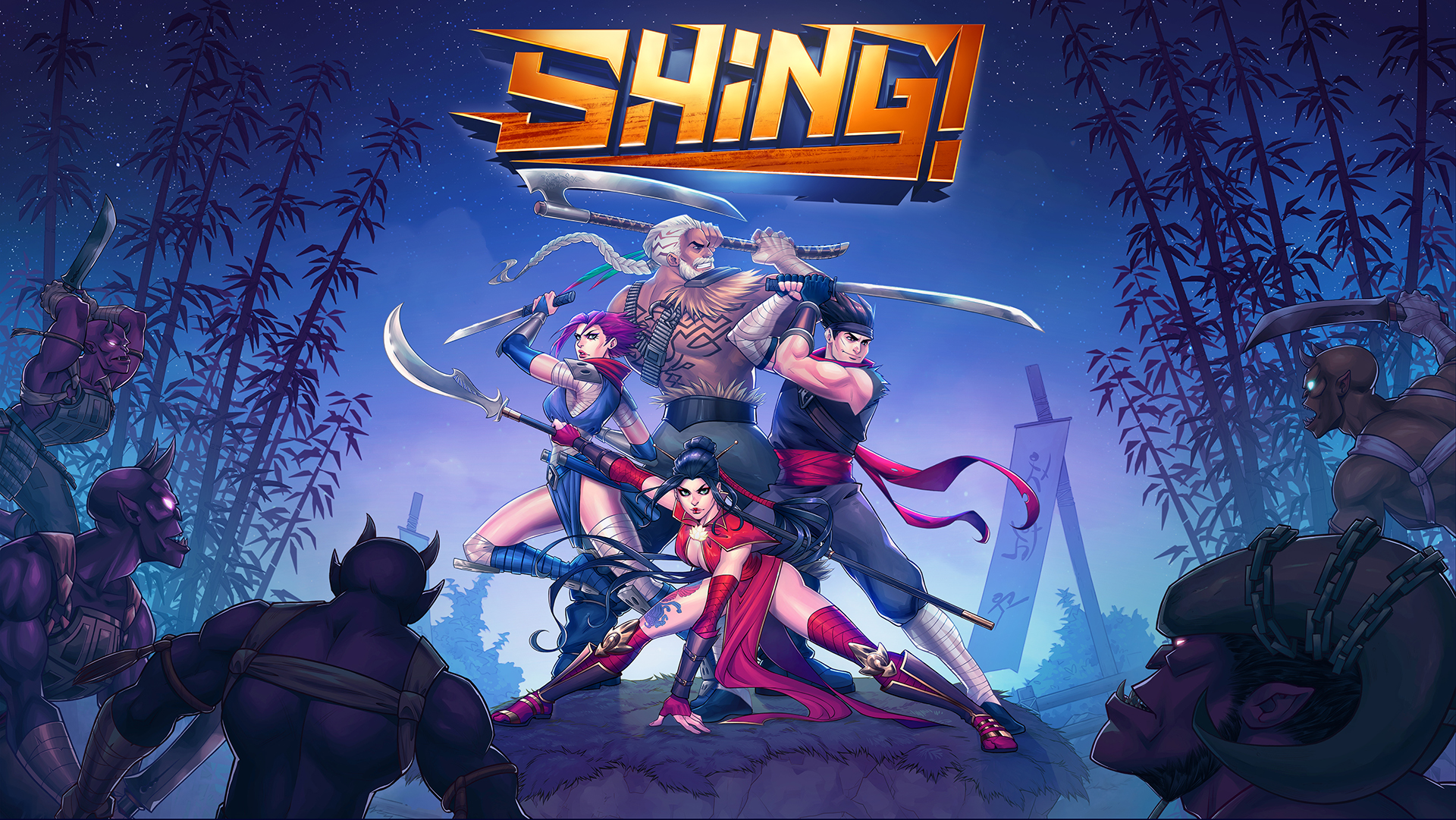 Shing! aims to be the new king and new standard of beat-'em-ups. Mass Creation brings their twin-stick brawler to PS4 and Steam today. The game offers side-scrolling, arcade-style action with a twist and local 4-player co-op. Mass Creation goes into detail about said “twist” in a previous developer video. Not on your platform? Do not worry because the game is in development for Xbox One and Switch as well.

Mass Creation promises a classic beat 'em up adventure true to what fans love about the genre. Pull off angled combos, counters, aerials, parries and more in fast-paced, freestyle combat. Experience a unique control system built around the right analog stick. Your party of wisecracking ninja warriors each have their own strengths. You can swap between them in an instant to chain attacks, revive allies, or strategically bank power-ups. Bosses and challenge rooms fall at your feet once you master the moves.

Hack, slash and combo your way into adventure today! Download Shing! on PS4 or Stean now for $19.99. For more info, visit http://shingthegame.com. The devs have also mentioned that there is an upcoming free update adding online co-op.