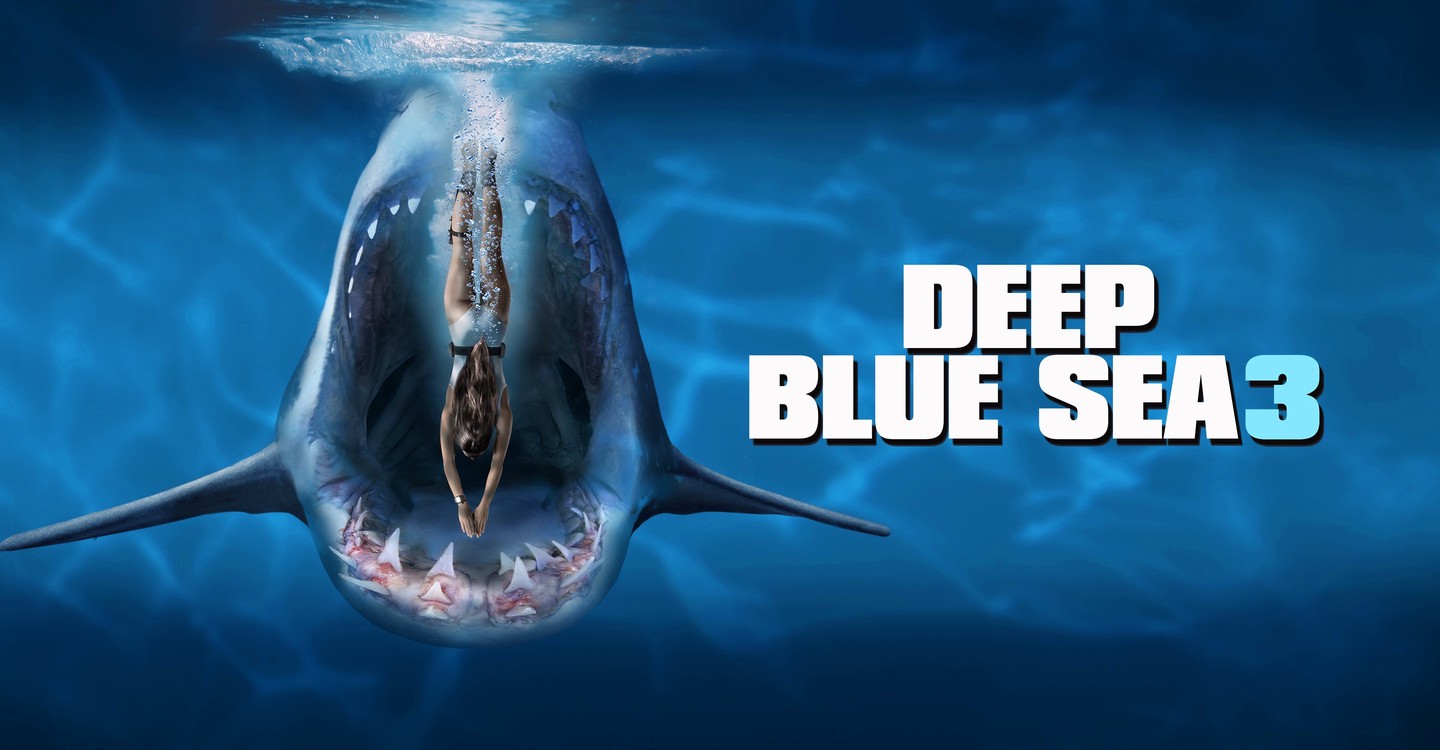 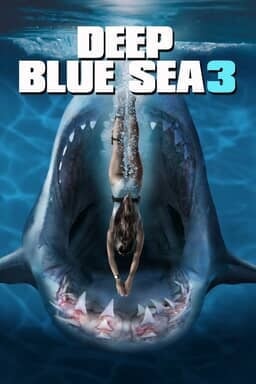 The Deep Blue Sea 3 trailer caused much of the R.A.G.E. Works audience to ask one question back in June. Simply put, they wanted to know when part two had ever come out. I assure you that it did and I assure you that it was terrible. To put it in perspective, the second film made Piranha 3D look like a masterpiece. Regardless, I am drawn to these films like sharks to blood. I will warn you that the only reason to watch Deep Blue Sea 2 is to understand where the sharks in 3 come from. Let's hope that the third installment is less of a train wreck.

Previously, on Deep Blue Sea. Saffron Burrows and Samuel L. Jackson experimented on Mako sharks to find a cure for Alzheimer's. Things went horribly wrong and LL Cool J made a music video. That is literally the plot for the first movie, but it was an enjoyable flick. Nineteen years later, someone thought it was a good idea to make a sequel. Michael Beach plays a CEO that wants to advance the evolution of the human brain to stop SkyNet. He experiments on Bull sharks that get super smart and Danielle Savre tries to stop him. Oh, she makes sure to do that while showing as much cleavage as possible. Bella, the alpha, escapes with three babies in tow.

Despite the mess of the last film, a third was greenlit. Emma Collins (Tania Raymonde) and her team study Great White behavior from a man-made island. The three pups from the last movie are nearly grown-up, much faster than naturally possible. Collins' ex Richard Lowell (Nathaniel Buzolic) shows up with a team that supposedly wants to capture the pups. They have killed Bella because she was too dangerous to try to capture. Dishonesty and miscommunication lead to heavy casualties as the pups pick off Collins' and Lowell's people. Dirk Blackman did a good job cleaning up the last travesty with his writing here.

Relationship Advice from a Shark

Here is a shocking piece of information: the characters in Deep Blue Sea 3 were not (all) stupid. There were only one or two “why did you jump in the water” moments. The three sharks just seemed to hate any form of love going on. Anyone that was getting close seemed to get it, including the Great Whites that were there to mate. The dialogue in this film is B-movie gold. There are multiple death flag setups, useless explanations and the puns! The line Shaw delivers when saving Emma from two Bulls is the stuff of legend. Get some nachos because the cheese in this movie is zesty!

Apparently Size Does Not Matter

Deep Blue Sea had an estimated budget of sixty million USD. That is twelve times the budget for this movie, but that was also twenty-one years ago. Individuals pull off animation of that caliber by themselves on home computers now. I have to wonder why Deep Blue Sea was barely above SyFy movie night quality. There are scenes where the sharks looks great. Sally, the Great White, looked legit, while our three “star” sharks often looked like a PS3 cinematic.

The bulls are the same age and roughly the same size. In one scene, they can fit through a door with no issue. Another scene shows a shark struggling to enter a container that is wider than a door. Then we have a third scene where one of them is large enough to swallow a man whole. The bulls not only look fake in several key scenes, they also change size throughout the film. Cheesy special effects are part of the charm of a B-movie, but this felt lazy.

John Williams' Jaws theme is not threatened by this score, but it is one of the better recent shark themes. It properly conveys the ominous vibe of a sea monster. The problem here is the music that accompanies it. The Deep Blue Sea 3 story takes place off the coast of Mozambique; the film was shot in South Africa. Music from the region is perfectly fine. I was just caught off guard by music that made me think Sebastian the crab was gonna pop out after watching people get torn apart. The end credits felt a bit goofy until I remembered the credits song from the first movie. Since ‘they call me Jaws, my hat is like a shark's fin‘ made it into the big movie, I will not complain.

I love shark movies; there are only a few that I cannot stand. One of them is the previous movie in this series. The problem there is that you kind of need to see it to get what is happening in this one. Thankfully this third installment cleans up the second while telling an enjoyable story. Even the crappy characters have some charm you can root for people this time. There could have been more gore, but there was enough to entertain. There are over five spectacular deaths in this movie for horror fans to enjoy.

This would have been a movie I could stand to watch in a theater. I saw the original on a big screen and overall this film is at least equal in quality. I have to hope that this is the end of the franchise. The whole “smart shark” idea has run its course. If they make a part four, I am taking away one star on principle. That said, this is a good watch for these summer nights. You have probably binged everything else already anyway. Head to the Deep Blue Sea 3 website to see all of your viewing options

Deep Blue Sea 3
Deep Blue Sea 3 is a must-see for shark movie lovers. The best part is that it ties all three movies together and it is not completely terrible like 2.
Fresh Kills
Properly tackles the end of Deep Blue Sea 2
Has its own story instead of poorly copying the first movie (like 2 did)
PUNS!
1hr, 3min, 15secs in, prepare for greatness!
Possibly the best fight scene since the original Jaws
Rotting on the Sea Floor
CGI is really bad in places
Quicker heel turns than a WWE story
off-screen deaths
3
"Sorry, Chum."